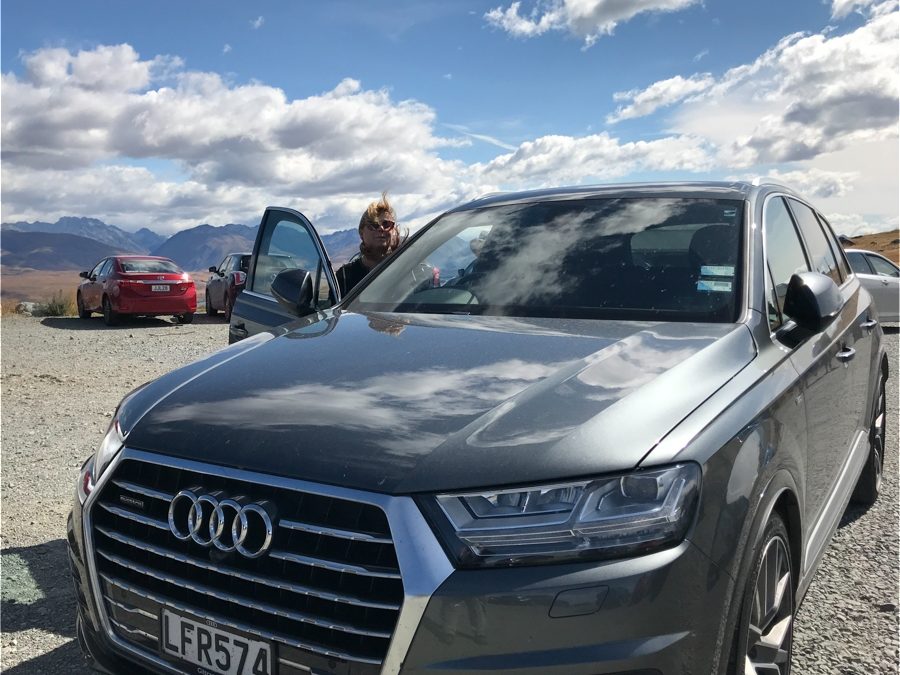 What I liked most about my customized private Intrepid tour was the eye popping beauty we encountered on our drives, luxury oriented yet intimate accommodations and some soft adventure activities, away from the crowds for a minimum planning effort on my part. 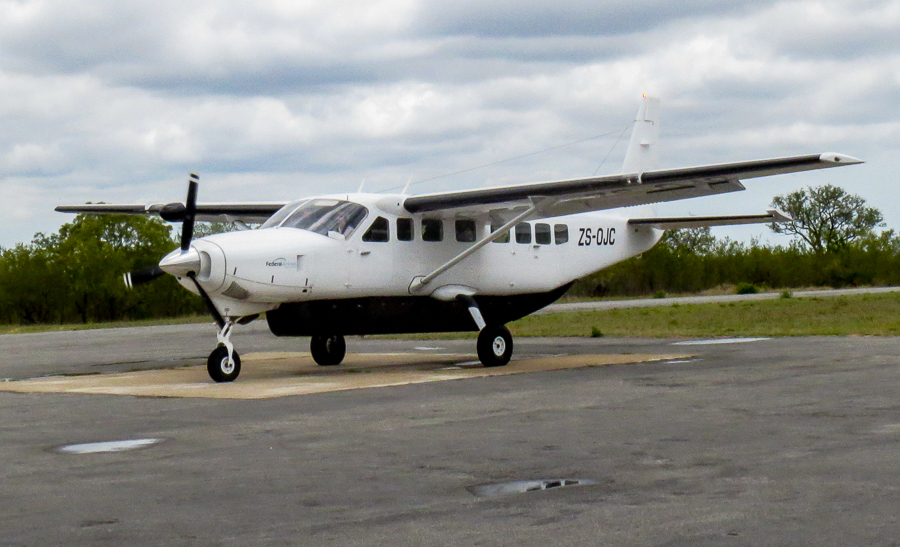 The flight service was well organized, mostly punctual, and overall a great deal more convenient and significantly more pleasant than the alternatives of driving from Johannesburg or flying to an airport near the reserve and driving or being transferred from there to the properties. 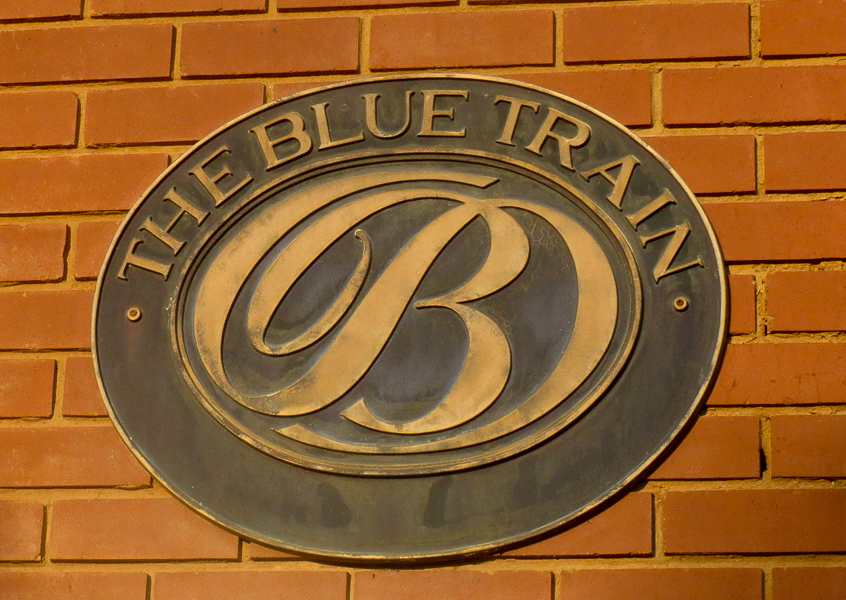 As I arrived at the 420 square meter welcome lounge for The Blue Train at the Pretoria, South Africa train station, steps away from the entrance to the popular mass transit Gautrain railway, I saw a sea of expectant and excited faces and heard a variety of English accents. Among my fellow passengers I met South Africans, expat residents of South Africa, and American, Australians and New Zealand tourists. Despite the early hour, 7:15 a.m., we were enthusiastic about riding the train together. More than a mode of transport from the Gauteng Province south to Cape Town The Blue Train was a medium for many of us to meet and share quality time in a private luxury vessel while enjoying Five Star service and amenities. 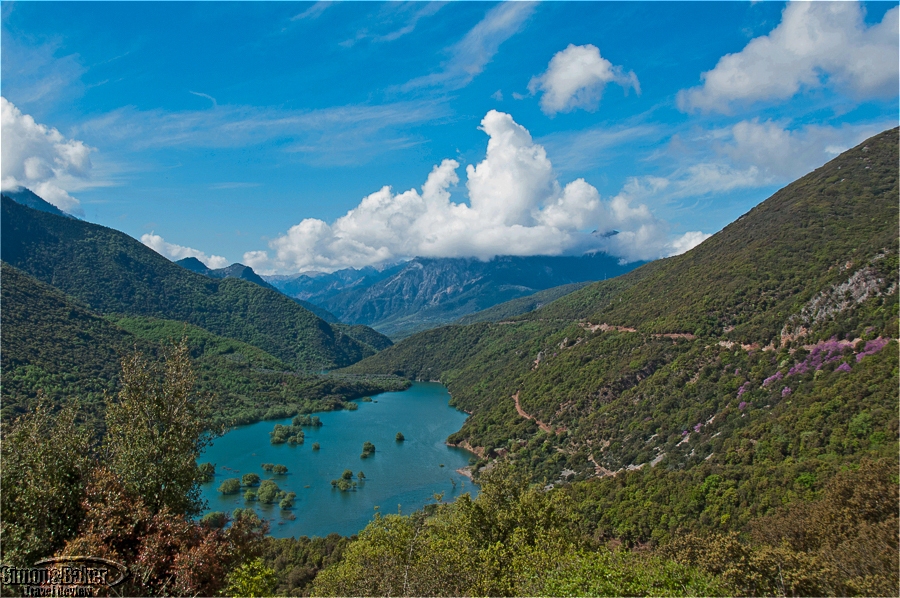 With their wealth of road tourism experience, flawless planning and sensitive understanding of the area, Tripology made my journey through the Pindus Mountains an exhilarating combination of spectacular mountain wilderness and suspenseful road travel, a mix so compelling it should come with a warning label.

For two days it seemed we were in an Agatha Christie novel. From the two story private train station owned by Rovos Rail in Pretoria The Pride of Africa Shaun, our antique style train with a steam locomotive, set a leisurely pace toward the heart of Cape Town. We departed in the late afternoon on a Friday and arrived at 6 p.m. in the coastal city a little worse for wear though satisfied in the pleasure of the shared luxury train ride.

Ever since Charles Darwin’s momentous scientific visit to the Galapagos Islands over one and a half century ago, this small archipelago of sun-baked volcanic rocks sprinkled across 45,000 square kilometers (17,000 square miles) of Pacific Ocean has captured the imagination of adventure travelers. I had long yearned to visit this place so remote that its iconic fauna and flora are unique on the planet. But I sensed that, like most of the over 150,000 yearly tourists who have visited recently, mine would be a once in a lifetime trip. Therefore I wanted to plan the ultimate wilderness travel experience, only to be confused by seemingly endless cruising options. Until I came across the intimate, nine staterooms M/Y Grace. 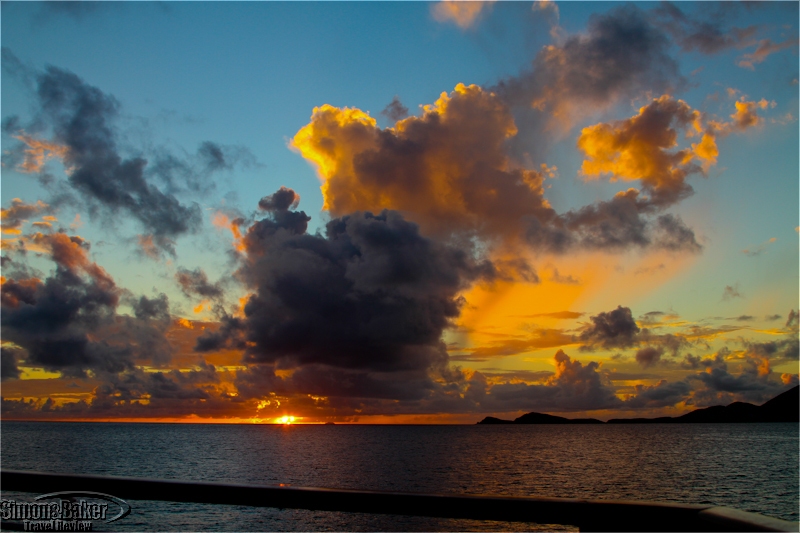 SeaDream I – Antigua to Antigua Voyage

Our week long escape to the Caribbean aboard the SeaDream I was wonderful. We liked the small vessel’s accent on adults, intimate and informal ambiance, friendly and attentive service and gourmet offerings. Sailing with SeaDream I was like a voyage aboard a friend’s large yacht or as part of a social club. 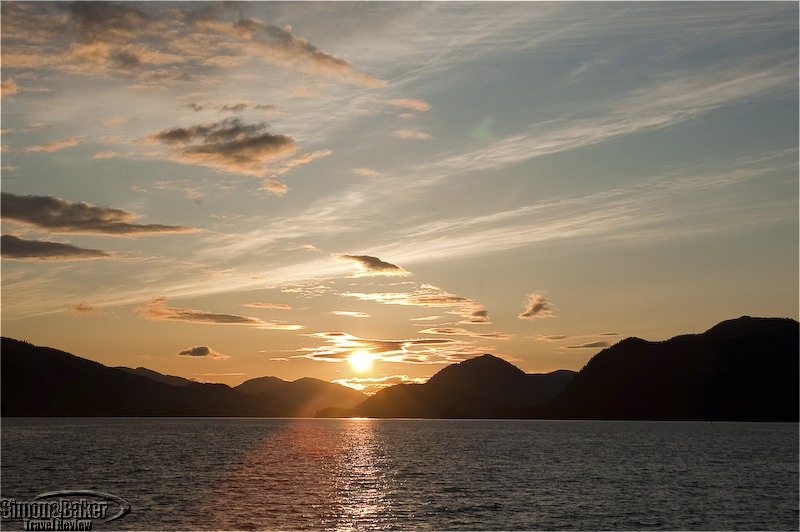 Cruising the Inside Passage of Southern Alaska aboard the Island Spirit was the next best thing to an invitation from a friend with a yacht and a passion for the pristine wilderness of the Northern Pacific coast. Jeff Behrens, owner and captain of the Island Spirit, was such a man. His powerful 39-meter (128-foot) long ship was just the right size to wend its way between chiseled granite escarpments into secluded coves and get “up-close and personal” with the awesome glaciers and waterfalls that abound in the area. When Captain Jeff acquired the then Magnum Force in 1998, it was a rugged oil rig supply vessel. Over the next decade, he painstakingly repurposed it into the Island Spirit, a comfortable passenger ship with an enthusiastic crew of eight, who shared their skipper’s sense of mission. “We thrive to offer you the opportunity to let the wilderness embrace you,” Captain Jeff told me on my second day on board, when I stopped by the cockpit for a chat (unless we were sailing in especially narrow or challenging passages, the cockpit door was always open and guests welcome to drop in). I nodded knowingly. I had been on board barely 24 hours, and it already had. 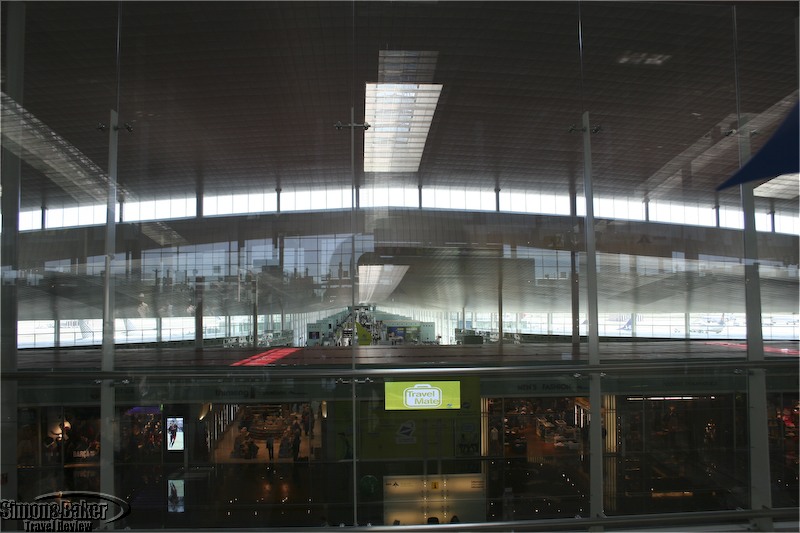 One of the major reasons I decided to travel to Barcelona this spring was the possibility of flying directly and non stop from Miami to Barcelona in Iberia’s newly inaugurated luxury service with fully horizontal seats. Not sure of what to expected at the sometimes overcrowded airport in South Florida’s largest city I arrived at the Iberia counter three hours early. Check-in was speedy and I was pleased to discover I had been assigned an aisle seat as I had requested. 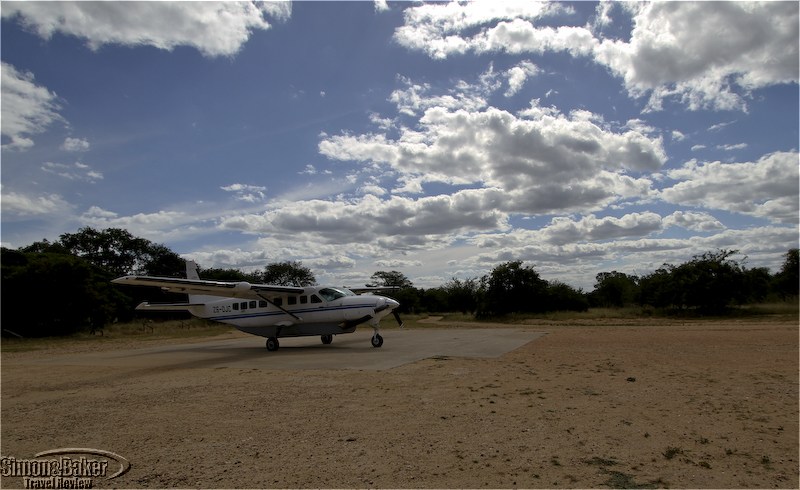 On our most recent game viewing trip to South Africa we discovered the luxury of direct flights to and from the airport in Johannesburg and the game reserves in and near the famous Kruger National Park. In previous safari trips we had either flown to a regional airport and driven a couple of hours to our lodges or driven six to eight hours directly from the city to the lodges. In either case it was necessary to drive an hour on very bumpy unpaved roads within the reserves without cell phone signal or the ability to get out of our vehicles because of the wild animals in the area. 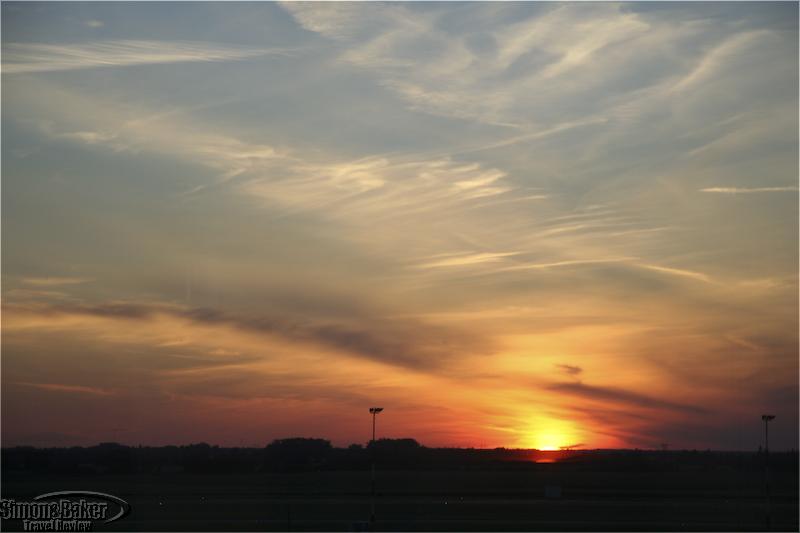 We had never been on a cruise before although both my husband and I enjoy sailing. The opportunity presented itself when my husband needed to be in Anchorage Alaska for business. We had the option of flying into Anchorage, via Vancouver, or taking the ship, departing from Vancouver Harbour up through the inside passage. This option intrigued us and we decided to look into it in more detail. Most cruise lines go to Juneau or Skagway and then passengers return via air to their point of departure. After much searching we were able to locate a cruise that continued two days further and landed in Anchorage for our pre-determined date. 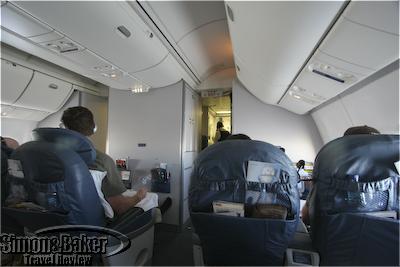 For years we have been fans of Delta Airlines. Generally speaking we have found the equipment, service, routing and terms of service among our favorite, especially for domestic flights. In our experience on many flights, their staff have been, for the most part, friendly, helpful, professional and accommodating . So when Delta announced flights from the United States to South Africa we were eager to try their service. 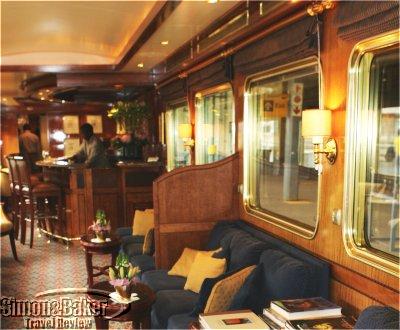 A trip on South Africa’s famous The Blue Train is the dream of a lifetime for many. On board, travelers celebrate birthdays, anniversaries, honeymoons or just long planned trips to South Africa. The 1,600 kilometer train ride affords guests the opportunity to see some of the South African countryside while basking in luxurious accommodations and enjoying appetizing meals and premium service. The Blue Train offered guests an out of the ordinary ride in luxurious comfort and style that they could reminisce over for years. 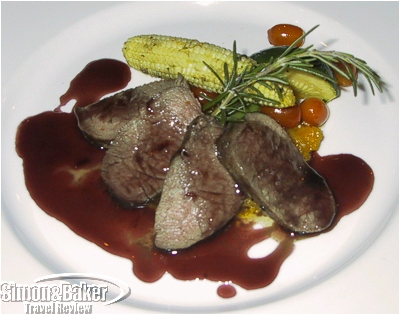 We had heard so much about the famous horizontal first class seats, when we finally encountered them we didn’t know what to think. After four long flight segments on Air France first class, we say the seats alone are worth flying first class. There are other more subtle benefits such as the less crowded cabin (only 12-13 passenger capacity on our flights), less crowded first class lounge, in-flight loungewear, dedicated heads (bathrooms), extra legroom when the seat is in normal position, polite service attitude and guaranteed meal selections. 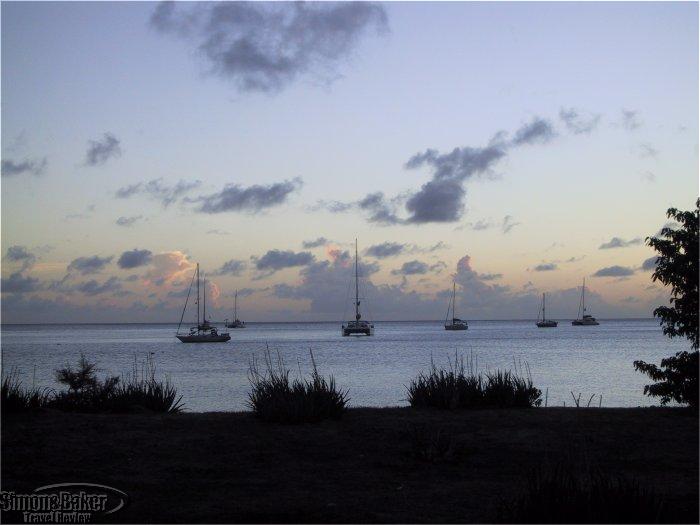 Our latest recipe for a worry free off the beaten path luxury vacation in the sun began with a liberal amount of blue skies. These were sprinkled with pretty puffy white clouds for character and occasional shade. Mix in large quantities of calm and clear Caribbean water in many blue and turquoise hues; throw in a well built, roomy and comfort oriented 47 foot catamaran and mild winds to sail by. We made sure to add the key ingredient: a friendly and experienced crew with local knowledge that sailed, cooked, cleaned and most important took us to all the magic corners of this unspoiled area of the Windward Islands; following an itinerary developed together around our preferences, time available and local conditions. 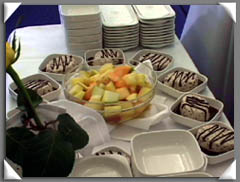 For those of us who do not have access to a private jet, traveling on a flight exclusively for business class passengers is the next best thing. We flew Lufthansa’s new all business class service from Chicago to Düsseldorf. As a bonus, our flight had few passengers. Boarding in Chicago was a breeze; there were no long lines, actually no lines at all. 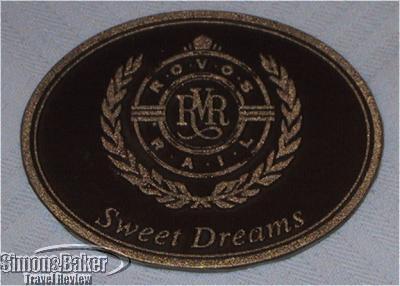