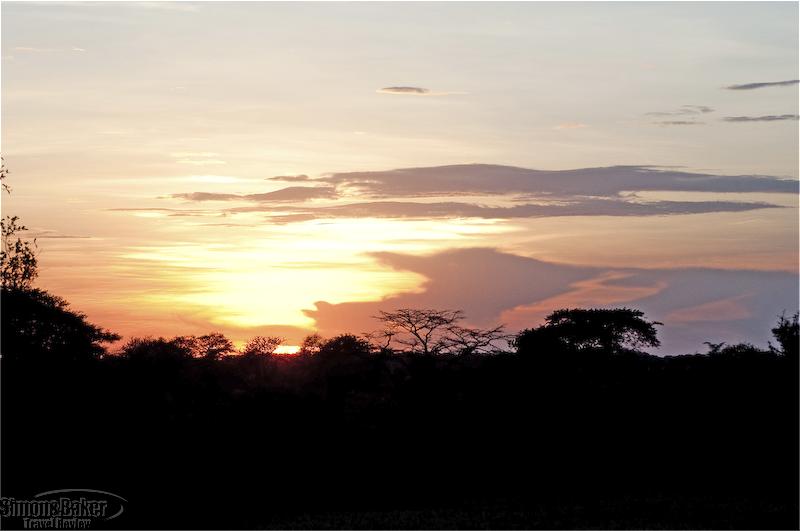 The name Tanzania derives from two states, Tanganyika and Zanzibar that united in 1964 to form the United Republic of Tanganyika and Zanzibar, which later that year was renamed the United Republic of Tanzania. The largest country in East Africa, it is just over twice the size of California, with a population of 42 million people, 99 percent of them Africans, with the remaining one percent Asians, Europeans and Arabs. Tanzania is one of the world’s poorest economies in term of per capita income (2010 estimates are around at $1,500 per year), with agriculture as its main source of employment and revenue, followed by tourism and gold mining. Unemployment and poverty are commonplace; crime and petty theft said to be rampant, especially in urban areas. 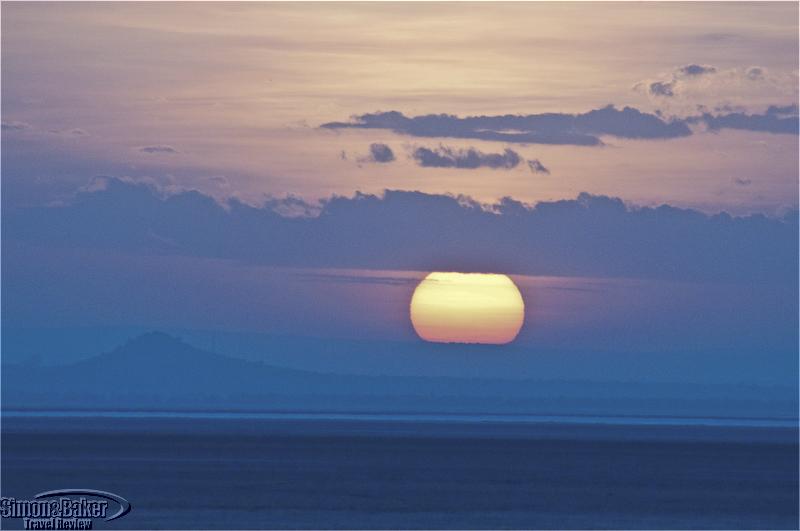 Lake Manyara Tree Lodge was the ideal finale to a lengthy safari trip that had taken me to the farthest reaches of Tanzania. By now, I felt travel-weary and a bit jaded. After all, other than the welcome opportunity to relax in the secluded luxury of the Tree Lodge, what could this tiny park offer that I hadn’t already enjoyed several times over in some of the most famous safari destinations in the country? I couldn’t have been more mistaken. The lodge, the only one within the boundaries of the park, was a gem. 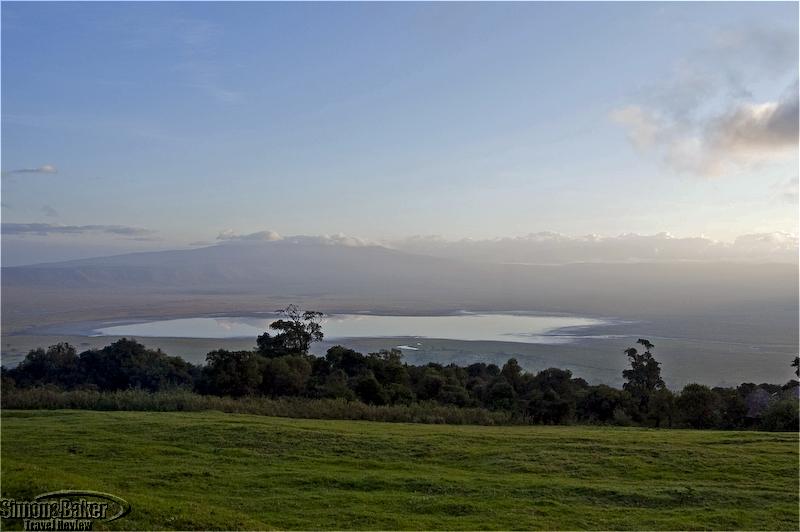 Well aware that in recent years, the Ngorongoro Crater Lodge figured on some of the most sought-after “best” magazine lists, I approached it with high expectations. But no anticipation could have measured up to the magnificent setting and no-indulgence-barred luxury of this unique property. 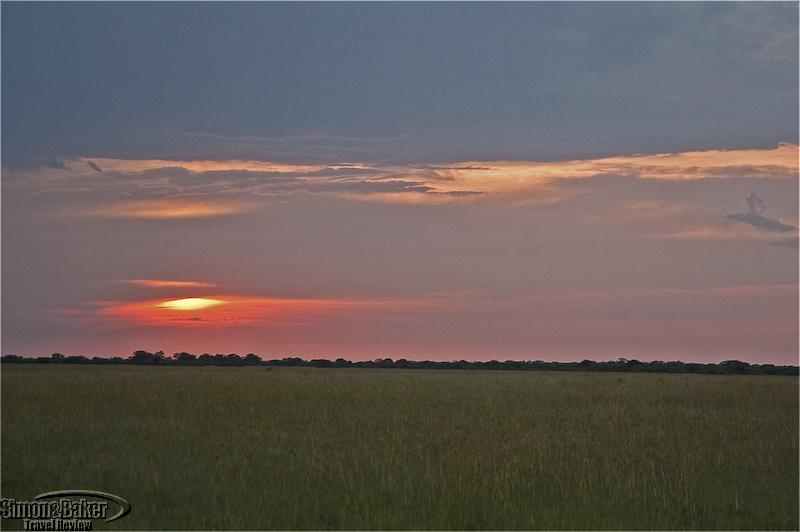 Located in the far northern reaches of the Serengeti National Park, Grumeti Serengeti Tented Camp delivered everything I had imagined a safari in this legendary park to be, and more. Foremost of course was the open grassy plain known to the Masai as Siringitu (“the place where the land goes on forever”) with its omnipresent herds of zebras and white-bearded wildebeests; and lions nonchalantly awaiting dinnertime under the meager shade of an occasional thorn acacia. But a few minutes’ drive from the edge of the endless plain, this intimate luxury camp revealed a more verdant face of the Serengeti. It was nestled into a strip of lush riverine forest on the bank of a permanent oxbow pan of the Grumeti River. Here the rare pied colobus monkeys darted through the treetops, and large pods of hippos noisily claimed the river under the malevolent glare of huge crocodiles. 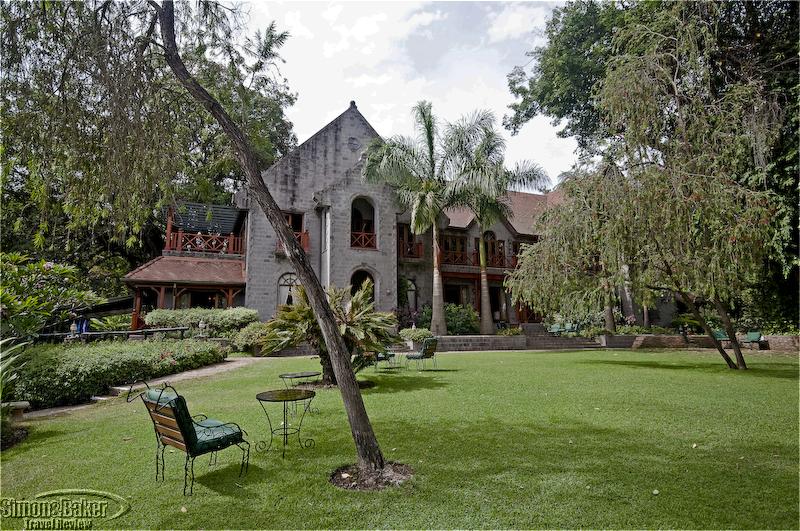 Serena Mountain Village was a welcoming haven of tranquil elegance on the outskirts of Arusha, the bustling gateway city to the famed safari destinations of northern Tanzania. Set on a slope overlooking the shore of Lake Duluti in the verdant foothills of Mount Meru, the Mountain Village was designed to recall its previous incarnation as a colonial era coffee plantation. At the highest point of the property, the lodge, a gracious country manor built of pale local stone, held all the public areas. In every room, French doors opened onto a covered terrace that ran the length of the façade and led to the tree-shaded lawn a few steps below. From the lodge, paved walkways ran through lush gardens down to clusters of stone and thatch roundavels in the style of African villages, which held the guest accommodations.

Perched on a rocky knoll in the heart of the Mikumi National Park in southeastern Tanzania, Stanley’s Kopje was a vivid reminder of what compels me to endure endless flights in crowded airplanes and chaotic airport layovers to return time and again to the African bush. It had only been a few hours since the Cessna light plane had delivered me to the tiny airstrip at the edge of the park, but it could have been light-years earlier. I was lounging on the broad thatch-shaded veranda of my tent, taking in the sweeping view of the Mkata Floodplain below as it slowly melted into the dusk. At the far edge of the plain, the sunset sky was ablaze against the distant outline of the Udzungwa Mountains. Now and then, a powerful roar rippled up the hill, and with it recollections of our exciting lion sighting earlier in the afternoon.