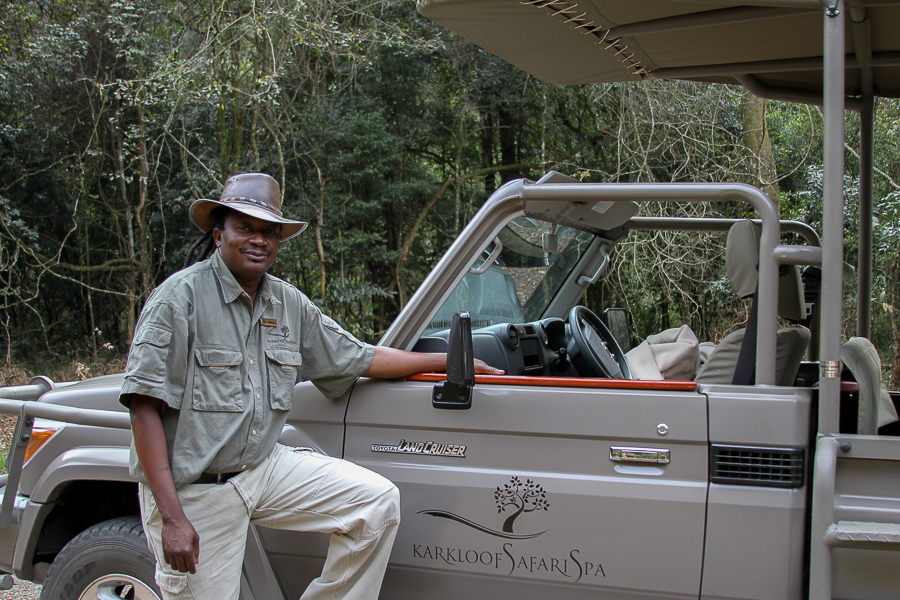 Perhaps because game viewing at the Karkloof Safari Spa was limited to mostly non predator species the animals we encountered were relatively unafraid of vehicles. Many, including a rhino mom and her young, allowed us to park within scant feet of them with nary a glance in our direction. They knew we were there. They just didn’t mind/ Having a private vehicle with a knowledgeable and friendly guide enhanced the experience manifold. 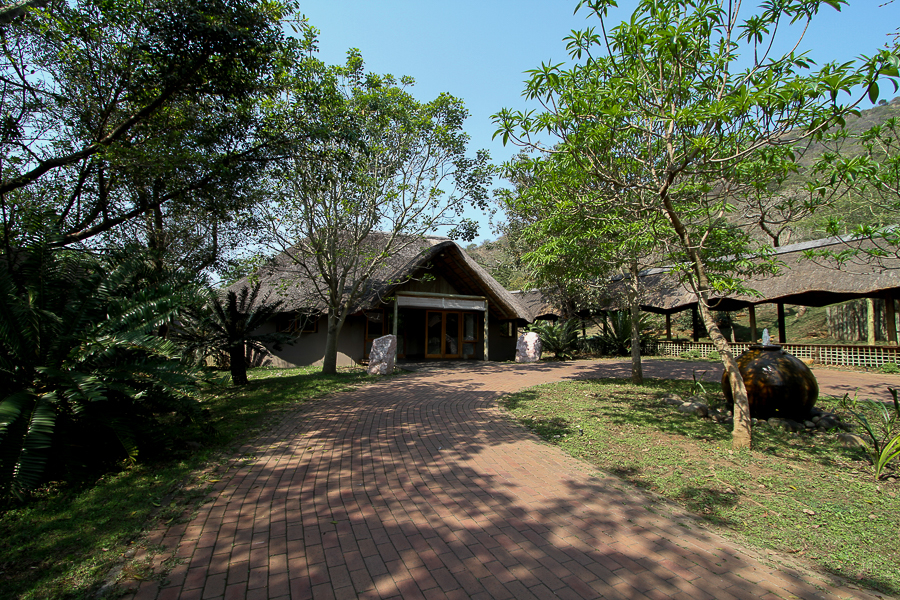 When on safari spa treatments are a well deserved respite from the bump and grind of the four wheel vehicles and the dust of the rides. However, spa time is always scarce and limited to non game viewing hours when everybody scrambles to book treatments. Frequently spa facilities are limited and often seem like an afterthought. The idea of a customer centered luxury and gourmet oriented safari and spa property appealed to me as soon as I heard about it. I was hesitant because reaching Karkloof Safari Spa required a side trip to KwaZulu-Natal, a province of South Africa I was not planning to go to on that trip and the airfare was not inexpensive. In the end, I could not resist the temptation of an all inclusive luxury spa and safari property. I was glad I went. 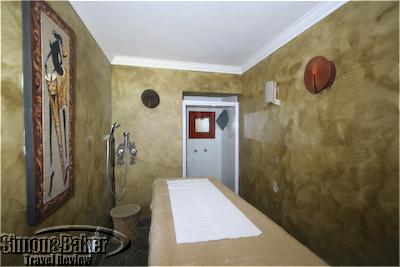 We arrived at Fordoun, named after a loch in Scotland and built on an old dairy, on a Sunday after two weeks of activity filled days, ready for a little down time. It was overcast and rainy with few outdoor activity temptations. At the same time, the small hotel and spa property was quiet following a big event weekend; just what we needed. In light of the weather and quiet ambiance the spa was the perfect indulgence during our overnight stay. 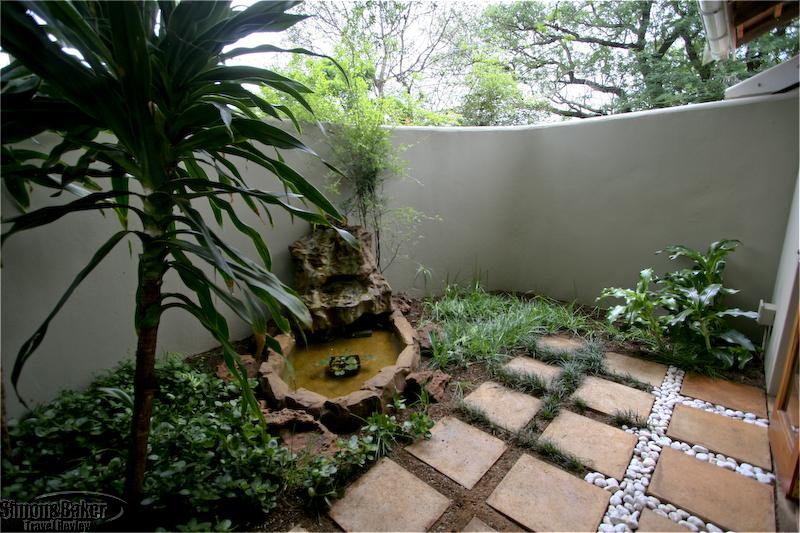 Our stay at the mysteriously named Ghost Mountain Inn was sorrowfully affected by the weather. It rained more or less constantly during our entire two-night stay. That didn’t seem to dampen the staff’s spirits much. Thanks to their cheerful and can-do attitude we went forward with sightseeing plans and had a pleasant stay. 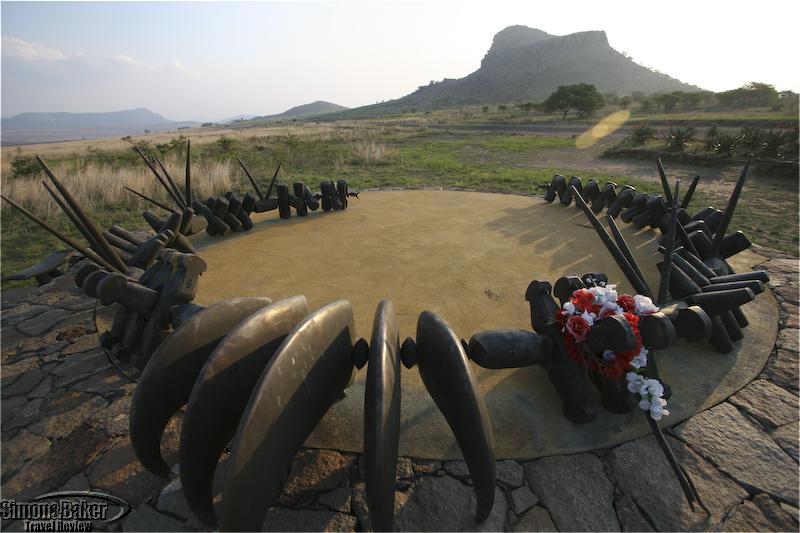 We arrived at Isandlwana, named for nearby Mount Isandlwana, after a morning drive through the green and rocky hills of KwaZulu Natal, an area of South Africa known for its natural beauty and battle scars. The first thing that struck me on arrival at the lodge was the discreet way it was constructed on the side of a hill. Not surprisingly one of our favorite features at this small lodge was the view of the neighboring Zulu village and surrounding countryside from the common areas and our rooms. 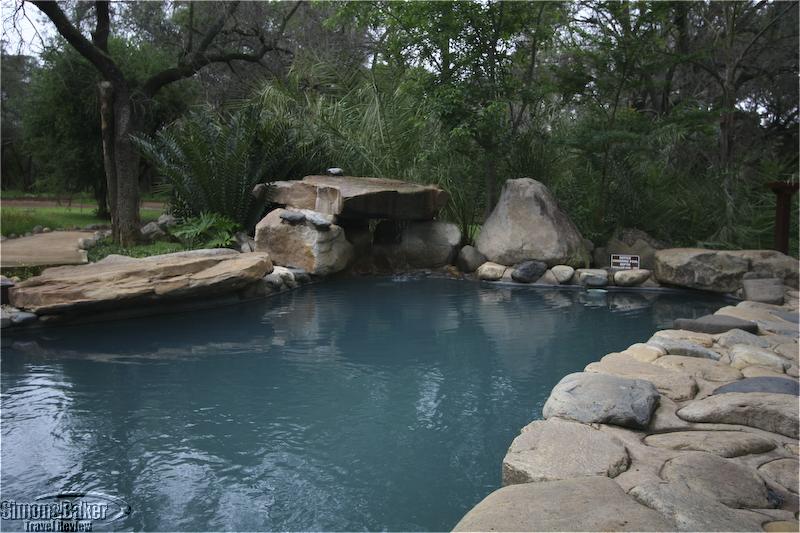 While we were at Amakhosi it rained every day, on every drive. One day we returned so soaked, in spite of the rain ponchos and blankets provided in the safari vehicle, my boots took three days to dry out. And, yet the game viewing rewards were such that all the guests, children included, went out drive after drive in the cold and rain.