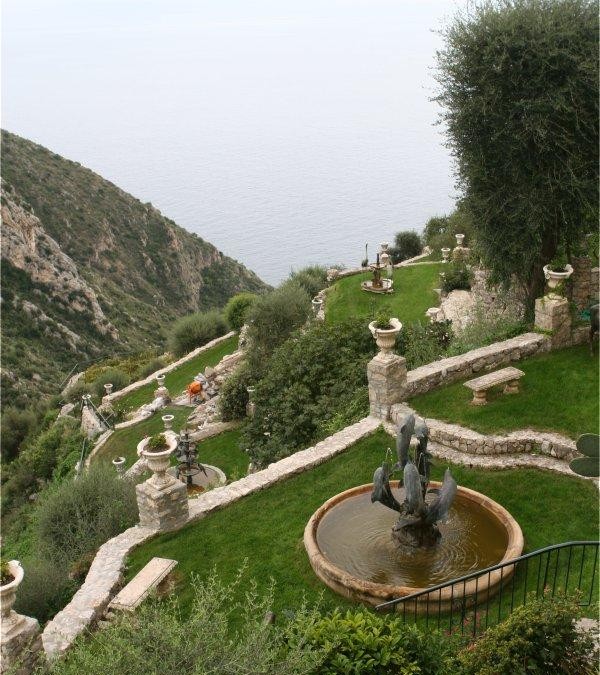 Though we were well fed aboard our luxury yacht while cruising from Italy to Spain, we were celebrating a special occasion and longed to find a memorable setting. We sought to book something in Monaco where our ship was moored but as luck would have it the restaurant of our choice was closed that day. After consulting several sources including the yacht’s resident gourmet (and Maitre d’Hotel ) we decided on the Chateau de la Chevre d’Or (in English, the castle of the golden goat). Thanks to very able last minute maneuvering from Chritine at our ship’s concierge desk, a most accommodating French lady, we found ourselves sipping perfectly chilled champagne on the terrace of the restaurant a scant three hours after requesting the reservations.

Arriving by sea into the new quay in Monte Carlo, Monaco was an eye opener. The view of the famed kingdom from the water was richer in some ways than the impression we had while walking or driving around. After several days enduring uncertain weather and overcast skies, we were concerned our sightseeing tour would be cancelled. Conveniently the sky cleared long enough for us to enjoy the day. At 9:30 a.m. sharp, a Heli Air Monaco van pulled up right in front of our vessel having deftly maneuvered through the port security staff. We were the only passengers and the drive took but a few minutes from the port to Monaco’s busy heliport. 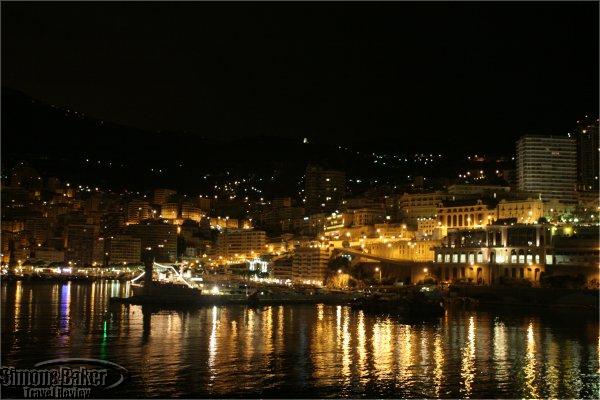 The Kingdome of Monaco. 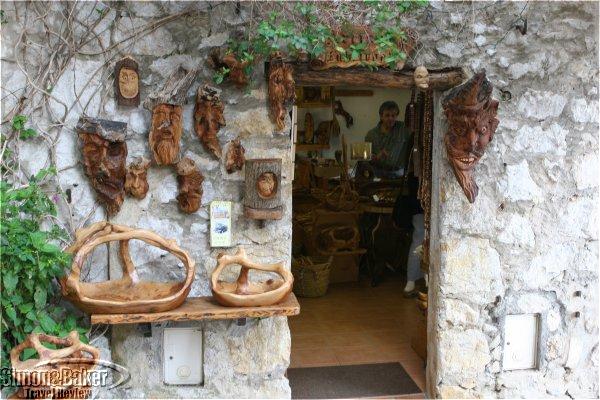 Eze is a tiny medieval village built on a hill for strategic purposes. It looks out over the ocean with views from a park located near the top.