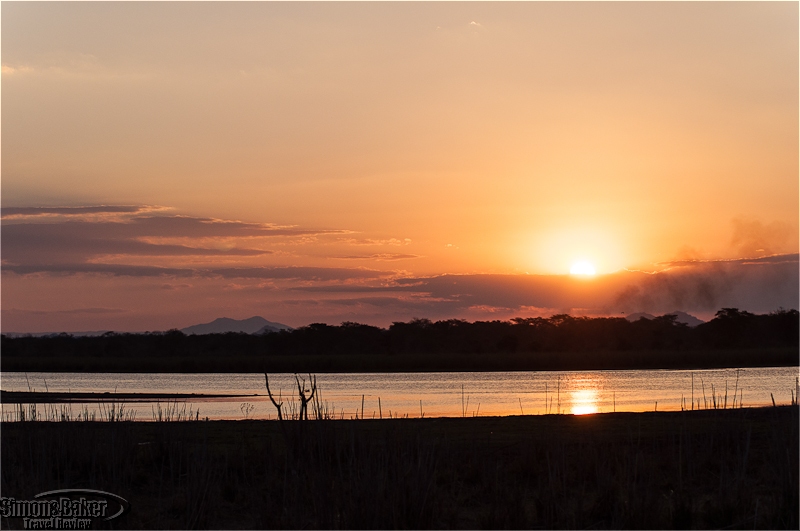 Stretched along the banks of the upper Shire River in southern Malawi, the 580 square kilometer (220 square mile) Liwonde National Park was known for its large population of hippos (mvuu in the local Tonga language). Located at the edge of a lagoon across the river from the park entrance, Mvuu Lodge could be reached only by boat. It immediately lived up to its name as we made our way across under the wary gaze of clustered periscope eyes from several hippo pods scattered around the water. Hippos were ubiquitous around the property as well, from large wooden sculptures in the lounge and guest tents to small beaded table ornaments.