Art Deco? That was the last thing that would have come to my mind when thinking of Rome, until my most recent visit to the Eternal City. It was for its location rather than its design that the Hotel Mediterraneo first caught my attention. I was to arrive by train for a three-day stopover between two legs of an extended tour of the region, with no other plans than just being in Rome, to wander around and soak up the atmosphere. The Mediterraneo was 250 meters (820 feet) from Stazione di Roma Termini, the main railway station and public transportation hub in the city; and within reasonable walking distance from the most popular landmarks including Santa Maria Maggiore Basilica, the Coliseum, Forum, Trevi Fountain, Piazza Navona, Via Veneto and the Piazza di Spania (and its famous Spanish Steps). The location seemed ideal for my purpose, and it proved to be. But it was the grand, impeccably preserved Art Deco property itself that made my short stay in Rome a memorable experience.

Our first impression of the Romeo Hotel was in an unexpected venue. As we exited our high speed train from Rome we met Antonio Deperte, the newly appointed general manager of the hotel who had volunteered to pick us up at the train and personally introduce us to the much maligned Italian city. His warm greeting, in American English, and the short drive from the station to the hotel in a vintage Jaguar together set the tone for our lovely two-night stay at the art filled property.

Although we were only scheduled to remain on the island of Ischia, known for its beautiful vistas as well as its thermal waters and spa offerings, for three nights we had set aside some time for treatments. The spa was conveniently located between our building and reception at our hotel. Just after breakfast we met with Constanza Popolano, Msc., the very busy spa manager, and Paolo Magrassi, M.D., the spa’s United States trained medical director. A man of subtle charm and a passion for travel to exotic locales he made time to tell us about the spa’s thermal waters and mud and the menu options available to visitors. Although the spa was undergoing renovations while we were there, we were fortunate to find treatment time available. 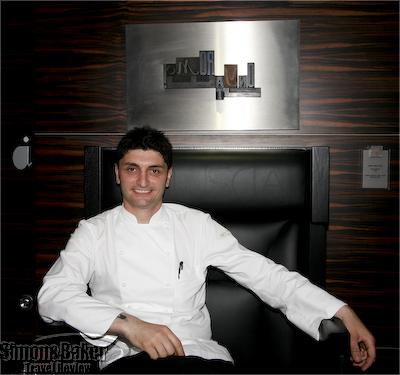 Il Comandante (The Commander) was named in honor of Achille Lauro, a Neapolitan shipowner and past mayor of Naples who was a previous owner of the building where the hotel restaurant is housed. Dinner at Il Comandante was a delightful surprise. The staff were polite and thoughtful and the service was punctilious.
Although we dined in a temporary venue (the restaurant’s space was being renovated) the dinner service was fine including lovely plates, silverware, glassware and perfectly ironed linen napkins. 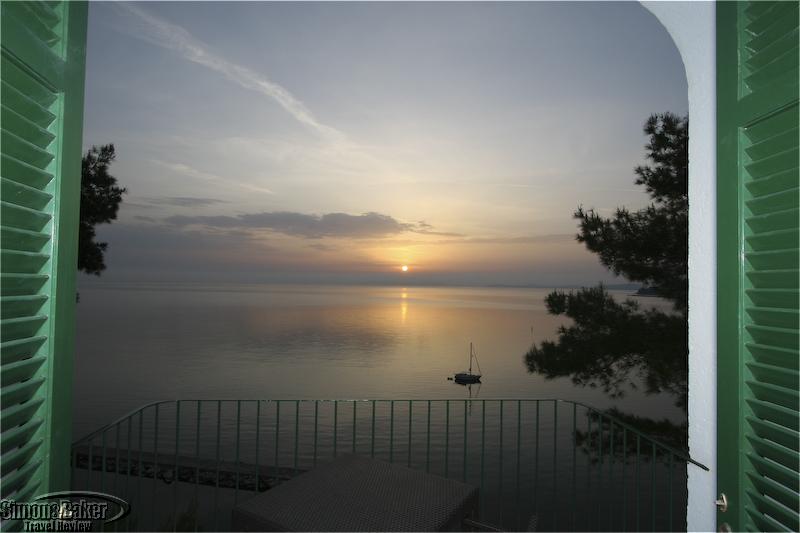 The departure point to Ischia was so close to our Naples hotel that we walked there with our luggage. We arrived on the northwestern corner of the island of Ischia on a cool and sunny spring day following an hour long ride in an air conditioned and comfortable hydrofoil boat that departed from the port in Naples. As soon as we descended from the boat in Ischia we saw a representative from our hotel holding a sign with our names. With his help we wheeled our luggage to his air conditioned van for the five-minute drive to our home of the next three nights, L’Albergo della Regina Isabella.