Travel from Quito, the decidedly 21st century capital of Ecuador, to the Napo Wildlife Center, deep in the Yasuni National Park was an easy journey back in time. It was less than a one-hour flight to Coca, a small town on the Napo River, which seemed to hark back half a century, until I noticed the proliferation of mobile phones along its busy streets and the modern boat dock. I boarded the awaiting Napo Wildlife Center motorboat with my guide Roberto, who had flown with me from Quito, and headed downriver into the timeless immensity of the Amazon Basin. Before long, the Napo River, although still almost 1,000 kilometers (600 miles) from its confluence with the Amazon, was already several hundred meters wide, its distant banks a soaring jumble of rainforest. A couple of hours later, we left its cappuccino-colored waters (caused by sediment washed from the Andes Mountains) and turned into the so-called black waters of a narrow inlet; they were actually the color of strong tea, steeped in the tannins of rainforest vegetation. We had entered the northwest corner of the Yasuni National Park, a UNESCO Biosphere Reserve regarded by scientists as one of the highest bio-diversity areas on the planet.

Ever since Charles Darwin’s momentous scientific visit to the Galapagos Islands over one and a half century ago, this small archipelago of sun-baked volcanic rocks sprinkled across 45,000 square kilometers (17,000 square miles) of Pacific Ocean has captured the imagination of adventure travelers. I had long yearned to visit this place so remote that its iconic fauna and flora are unique on the planet. But I sensed that, like most of the over 150,000 yearly tourists who have visited recently, mine would be a once in a lifetime trip. Therefore I wanted to plan the ultimate wilderness travel experience, only to be confused by seemingly endless cruising options. Until I came across the intimate, nine staterooms M/Y Grace. 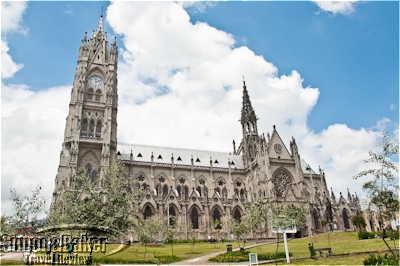