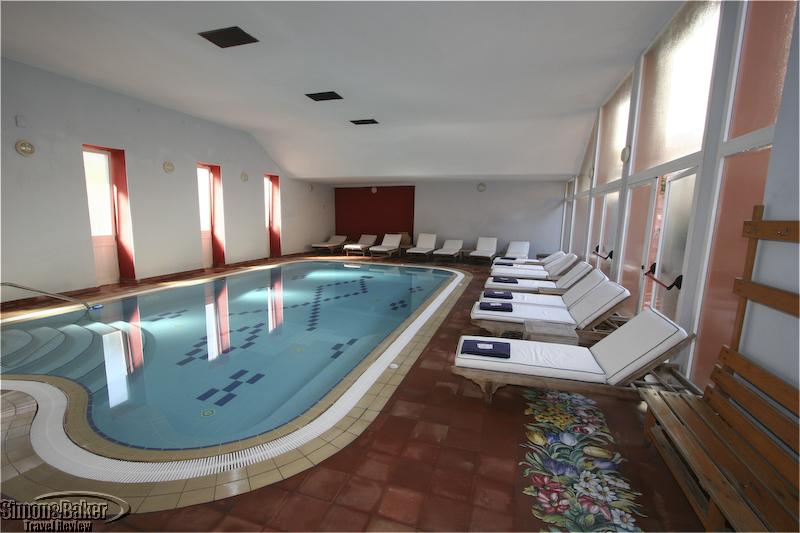 We look forward to a return visit when the spa facility upgrades have been completed.


Overall Impression Although we were only scheduled to remain on the island of Ischia, known for its beautiful vistas as well as its thermal waters and spa offerings, for three nights we had set aside some time for treatments. The spa was conveniently located between our building and reception at our hotel. Just after breakfast we met with Constanza Popolano, Msc., the very busy spa manager, and Paolo Magrassi, M.D., the spa’s United States trained medical director. A man of subtle charm and a passion for travel to exotic locales he made time to tell us about the spa’s thermal waters and mud and the menu options available to visitors. Although the spa was undergoing renovations while we were there, we were fortunate to find treatment time available.

The thermal waters and mud of Ischia, supplied by a number of springs, were reputed for their healthy properties. The springs that fed our spa were monitored closely by the spa’s medical staff. They were also under the supervision of the Italian Ministry of Health. The marine mud applied during the treatments was placed in huge outdoor pools to bake under the sun and kept continuously immersed in specially selected running thermal water for a year. While it was unknown exactly how this mud worked on the body the medical benefits seemed clear, Dr. Magrassi told us that morning. The executive staff at the spa believed that the slow solar and thermal water curation transformed the mud or clay, causing it to become rich in organic compounds that in turn are believed to have healing properties such as stimulation of the immune system.

The 3,500 square meter spa was spacious, brightly lit and quiet. One area had wide empty corridors with treatment rooms of varying types on either side. The serious and sterile clean ambiance inspired confidence and reminded us of a health care facility. In fact, some treatments required a medical consult while the beauty and relaxation menu options could be easily booked without seeing a doctor. My treatments with thermal water and clay and my facial required medical consults with two staff physicians.

We liked the spacious and efficiently run spa for its well appointed facilities and the variety of treatment options on offer, especially the mud treatments. We look forward to a return visit when the spa facility upgrades have been completed.

Handicapped Access Yes, for patients with orthopedic and neurological disorders.

Location In the hotel by the same name in the village of Lacco Ameno on the island of Ischia on the Amalfi Coast of Italy about one hour by hydrofoil from Naples.

Medical Director Paolo Magrassi, M.D., a native of Brescia the doctor trained at New York University, Montreal and Harvard medical schools. The physician had lived in Brazil for four years and traveled widely to Cambodia and Vietnam in the Far East as well as Congo, Angola and Sierra Leone in Africa.

Size There were 60 treatment rooms in the two-story 3,500 square meter facility.

Year Opened-Renovated The spa was established in 1956. The most recent renovation was taking place while we visited the spa.

Pool There were two indoor pools including a chromotherapy pool and two outdoor pools (part of the hotel facilities).

Other Due to renovations, the day we arrived the spa was closed and the following day it was closed in the afternoon. The spa was selected number four in the 2008 Conde Nast Traveller World Medical and Thermal Spas. The spa followed the guidelines of the Society of Medical Hydrology and Italian Ministry of Healthy.
Cleanliness Excellent

Treatments Experienced I visited the spa twice during our stay in Ischia for a Complete Facial Cleansing, a mud treatment with thermal bath and circulatory massage which required consultation with a physician; as well as a Remodeling Massage with Regina Isabella Mud and an Indo-Asian Mixed technique Massage neither of which required consultation with a physician. My first medical consult was 10 minutes long with M.A. Granieri, M.D. in Italian. She approved the therapeutic thermal mud with thermal shower (requiring medical visit) and the therapeutic thermal bath with ozone (requiring medical visit) followed in the same room by a circulatory massage. The following day, after a second medical consultation, with a dermatology specialist, I had a Medical Estethologist and Basic Skin Check-up.

Once M.A. Granieri, M.D. approved me for a mud treatment (there are a number of contraindications for mud treatments) she escorted me from her office a few steps away to the treatment area where I met Anna, a stout blonde middle aged woman with a warm demeanor and a limited English vocabulary. Thanks to her English and my basic Italian we were able to communicate. Anna led me to a two-room area and presented me with plastic wrapped disposable panties and a shower cap. The doors in both rooms remained partially open during the entire session. Moments later I was laying down with warm thermal mud on my shoulders, back, arms and knees wrapped in a plastic sheet under a blanket. After what seemed only a few minutes a timer buzzed and Anna returned. She led me to an enclosed shower area with wooden floor slats where she washed off the mud with a hand held shower hose with a strong jet pulsing out. Once she was satisfied the mud was gone she instructed me to climb into an adjacent rectangular bathtub with an ergonomically designed interior filled with tepid thermal water. Once I was seated she turned on the jets and water began rushing out on either end of the tub. I lay there for what seemed another 20 minutes before the fast moving water jets stopped. As I exited the tub she handed me an oversized warm and crisp white towel to dry myself and a dry set of disposable panties. We went to the adjacent massage room. After making sure I was comfortably settled under a dry and warm large towel she left. Two minutes later a thin therapist with short brown hair, Lucia, entered and asked how I was. I was well I told her. As soon as I confirmed I was well she pulled out a small bottle of body oil and began massaging my left leg while I lay face up. She dedicated the next hour to briskly massaging my legs, arms, belly, parts of my chest, shoulders and back. When she finished she announced softly that I was invited to relax five minutes before leaving. I felt invigorated the rest of the afternoon.

Saturday morning I returned to the spa. I started with a dermatological consultation with Dott.ssa Mariella Scotto di Santolo in Italian. We chatted for a few minutes before she examined my face (after gently cleansing it to remove remnants of that morning’s moisturizing facial cream) with a magnifying glass and bright light (the specialized machine that provided details of guest skin was out of order) and a probe to determine the level of sensitivity of my skin (low). She made some recommendations in writing and we said our farewells as she walked me out to meet with Francesca, a therapist who was in charge of my Remodeling Massage with Regina Isabella Mud and facial. Francesca, who spoke halting English, provided me with disposable panties and a hair bonnet before briefly exiting the treatment room. While I lay, first on my back and then on my stomach she vigorously rubbed room temperature mud over my legs, arms, and stomach. When she was done she let me sit wrapped in paper and covered with a towel for a few minutes before inviting me to shower off the mud in the en suite shower. Once I was dry we moved to another treatment room with a curved chair convenient for facial treatments. Francesca explained in mildly accented English that I should remove my bathrobe and lay on the chair. She covered me with a warm towel and began by gently cleaning my face. After using an electric brush she turned on the steam to open my pores. She applied a moisturizing cream with vitamin C and massaged it into the skin. Deep pore cleansing with the help of tissue to minimize skin damage was followed by mild zapping to prevent infection. After that she applied a mud mask on my face (and a moisturizing cream on my eye lids) which she left on for ten minutes. She completed the facial with a moisturizing cream. The mud, she explained, would nourish my skin. Although the facial left my skin feeling soft and bright the cream she applied to my eyes left them irritated and tearing for several hours.

After the facial she introduced me to Fazal, a Pakistani therapist who had learned massage therapy from his grandmother and did his work, he explained, “from the heart.” Most massage therapists uncover only the part of the body they are working on at any given moment. During the Indo-Asian Massage the towel remained off during almost the entire massage session. 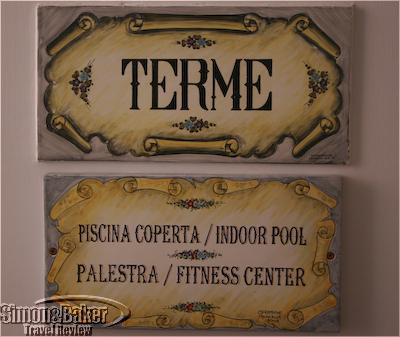 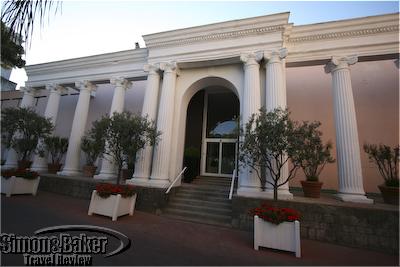 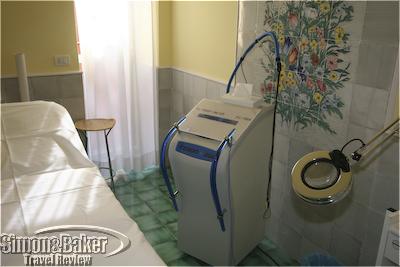 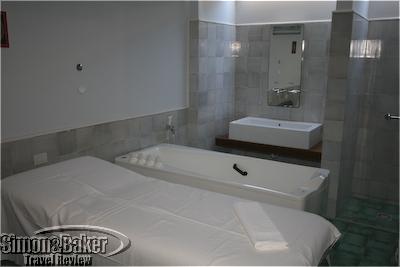 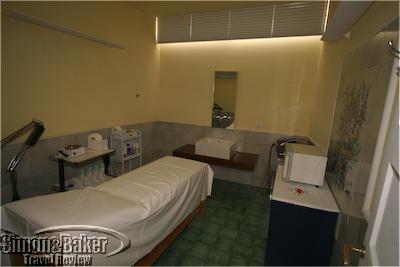 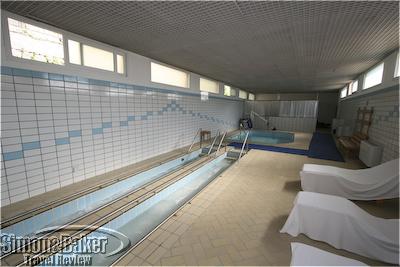 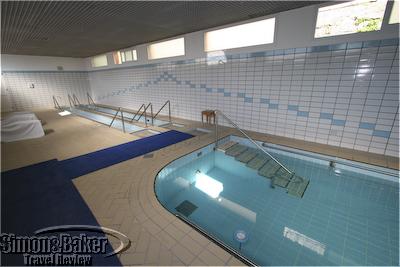 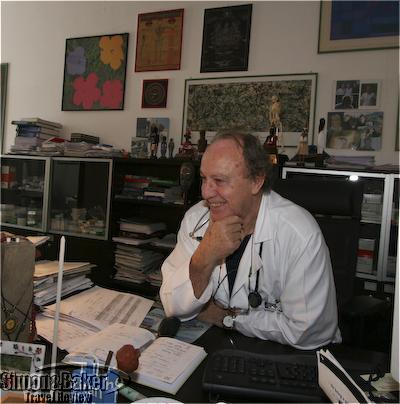 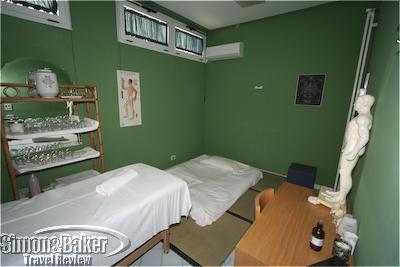