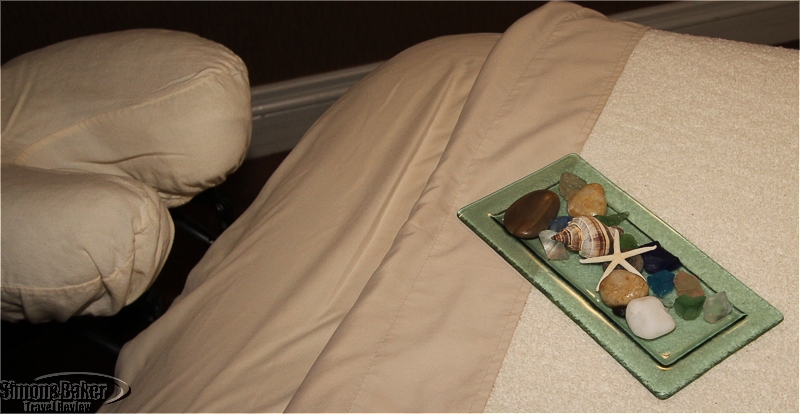 At the beginning of our trip to Maine while we were in Portland, I searched high and low for a massage. Some windows announced treatments, but most of the time on close viewing the listing was unrelated to the shop where it was posted. One shop had a single masseuse and she was unavailable for several days. Others were less desirable. Frustrated, I gave up following several unsuccessful attempts at booking a massage. 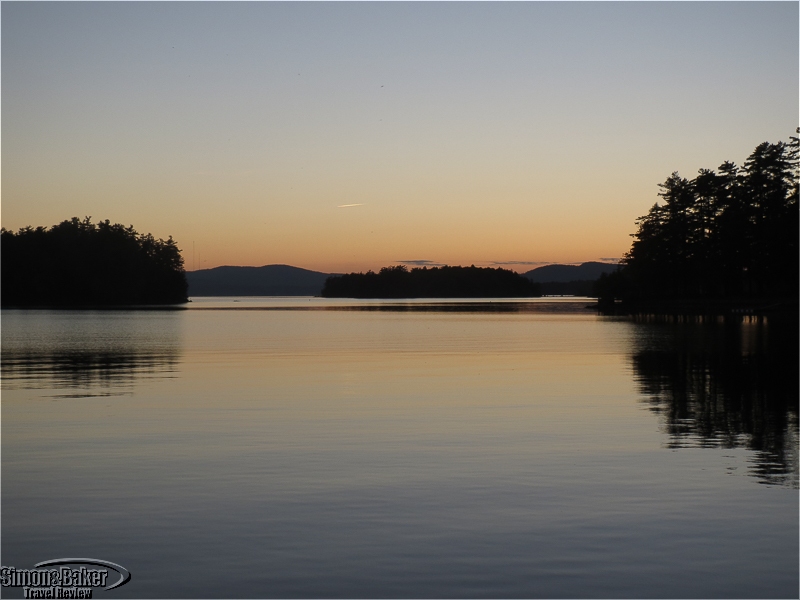 Migis made us think of a luxury summer camp for adults and families. The 150 acre Maine property with 3,500 feet of shorefront on Sebago Lake was home to 35 Cottages. During our fall visit, we stayed in a new looking and spacious stand alone three bedroom two bathroom suite with internet connectivity, a view of the lake and a fireplace. In addition to the convenient meal plan, there were many features with appeal for a multigenerational audience. For example, there were hiking trails, beaches, tennis courts, massage rooms, a playground and a souvenir shop. 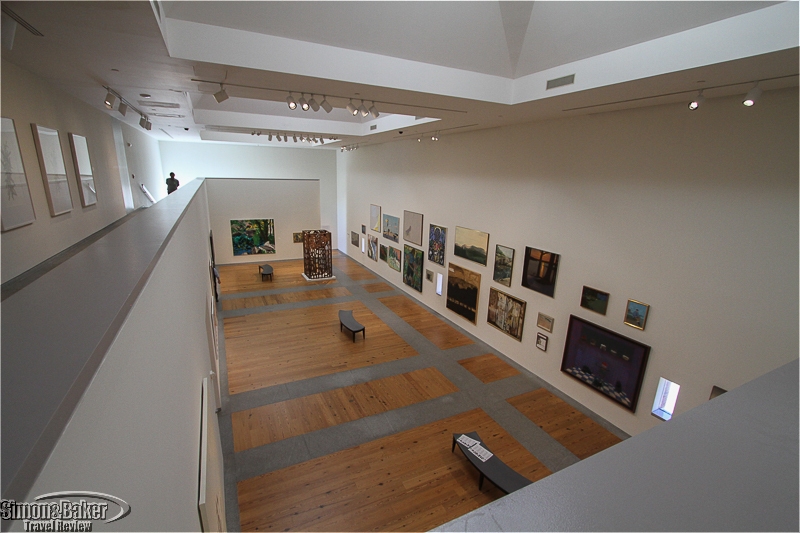 When we planned our trip to Portland, Maine we didn’t anticipate spending time at a fine arts museum. After walking by the distinctive entrance of the Portland Museum of Art (PMA) a number of times, curiosity drew us inside. The light filled and spacious interior was inviting so we made time to return one morning, and to go to the Winslow Homer Studio in nearby Prouts Neck. It had been declared a National Landmark in 1966 and purchased by the Portland Museum of Art in 2006. 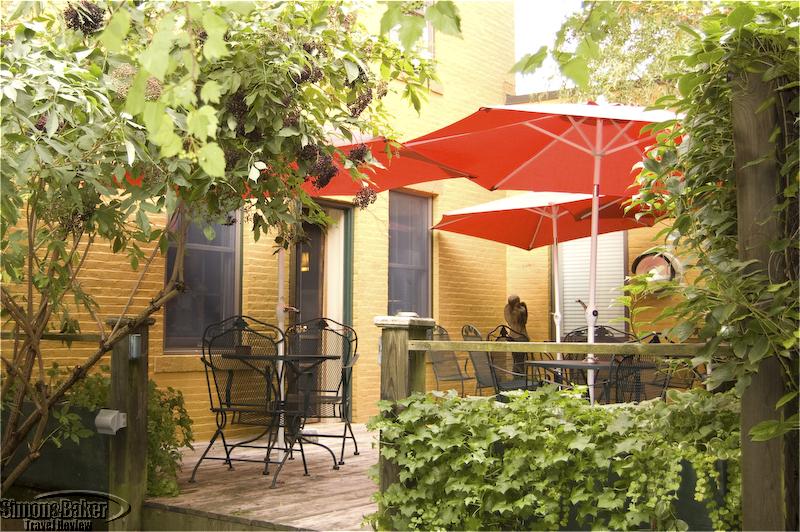 In a town filled with exuberant Victorian homes, the Captain Lindsey House was noticeable for its stark simplicity. It was impossible not to be intrigued by this plain Federal facade of yellow-painted bricks, with its neatly lined windows under dark green canvas awnings, and its large window boxes overflowing with cabbages, kitchen herbs and drooping clusters of ripe tomatoes. Then there was the entrance door tucked away at street level in the corner of the building: lacquered fire engine red. This was a witty house that knew how to capture my attention. Beyond that red door, a short walk up a half-flight of non-descript stairs, an unexpected world unfolded. I had walked back in time into the sophisticated home of a sea captain of old, filled with remarkable antiques and oriental rugs mellowed by age. 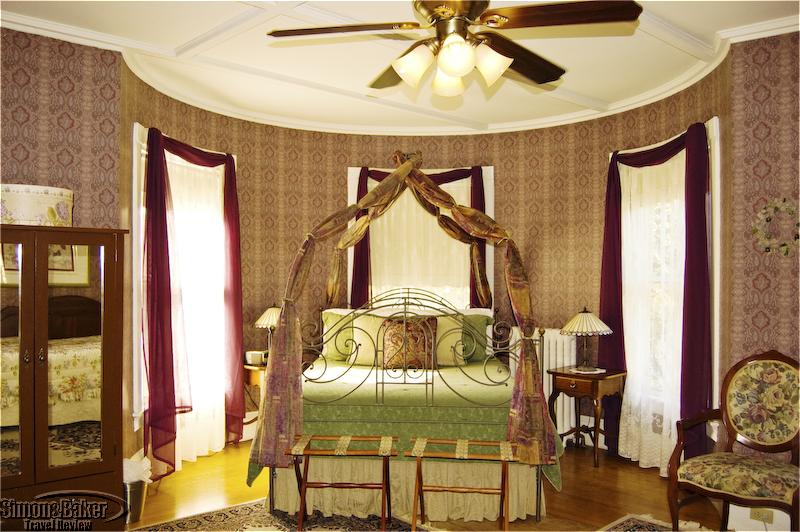 In the middle of its lush English garden, this regal Queen Anne country home retained all the authentic charm of its Victorian origins. The green-shingled exterior was enhanced by buttercup yellow trim with purple accents to match the lavish flowerbeds. The deep wrap-around porch, complete with rattan furniture and porch swing, the elaborate rooflines and whimsical turret all contributed to make the LimeRock Inn a picture-perfect grand 19 th century New England “cottage.” 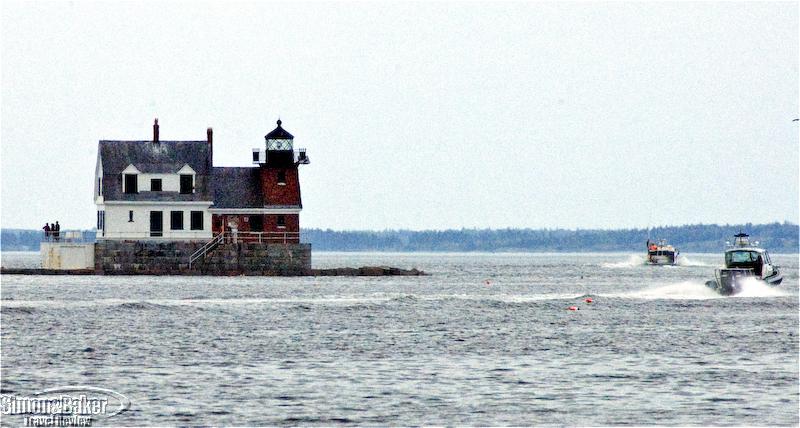 This quaint little seaport on the western shore of the Penobscot Bay was a microcosm of the best coastal Maine has to offer. Its working waterfront was alive with fishing and lobster boats as well as recreational sailboats, sea kayaks and canoes. Sightseeing windjammers and ferries provided a wide array of opportunities to enjoy the calm waters of the bay and explore its spectacular rocky shores punctuated by historic lighthouses. Two short blocks up from the shore, the tree-shaded Main Street was lined with art galleries, boutiques and shops. Back streets were filled with grand Victorian homes reminiscent of Rockland’s 19 th century industrial prosperity.