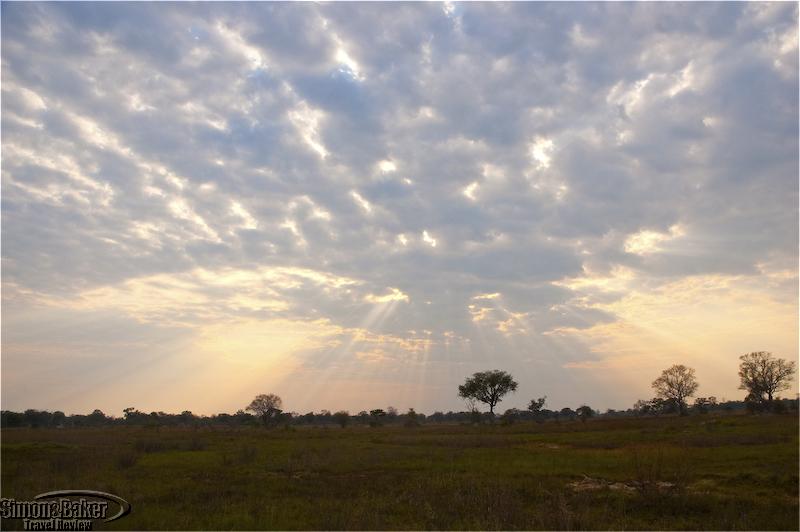 When traveling to remote locations it is a rare experience for me to reach a place where everything is unerringly right. Xudum Okavango Delta Lodge was such a place. Built deep within a 62,000 acre (25,000 hectare) wildlife concession, Xudum appeared like a remote Eden when I first approached it from the water. The peaks of its impeccably thatched roofs peered among the treetops of a lush riverine forest at the edge of a lagoon carpeted with water lilies in full bloom. The tri-leveled main lodge was designed to showcase the endless vistas of reed and papyrus beds of the southern Delta, made all the more striking by the witty blend of sophisticated luxury and whimsy of the stylish contemporary décor. Sectional sofas mingled with local craft and, introducing the property’s recycling theme, tire swings and sculptural end tables that turned out to be made of soda cans. I immediately coveted the Xudum kitchen with its battery of professional cooktops and ovens, its tall wine refrigerator and the latest in kitchen appliances. It even had a gleaming Italian espresso machine and a long granite serving bar with a sweeping view of the Delta! 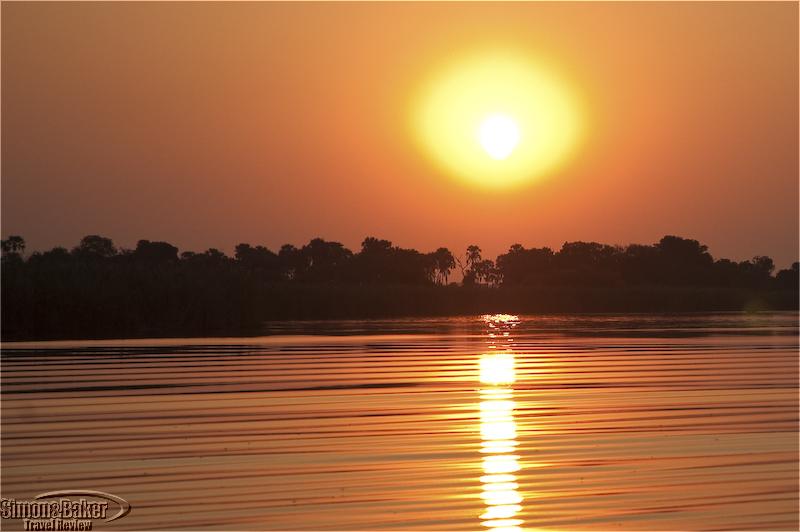 This was my first experience in the Okavango Delta. I couldn’t have wished for a better introduction to this unique landscape of papyrus-lined channels and water lily-filled lagoons weaving through shady glades and rich savannah grasslands than Nxabega Okavango Tented Camp. Set under a lush canopy of massive ebony trees in a remote 19,800 acre (8,000 hectare) concession, Nxabega (“place of the giraffe” in Basarwa, the language of the river bushmen) was an oasis of elegance and comfort in the heart of the Delta. From the instant the Cessna touched down, it was obvious that a fascinating adventure had begun. Exceptional rains had recently flooded the camp’s own airstrip; we had landed on a nearby, higher ground landing strip, my guide informed me in the course of his warm welcome. We would now drive a few miles to Nxabega; and by the way, a leopard guarding his freshly killed impala had been sighted earlier this morning near our route; would I care to make a short detour to look for it? 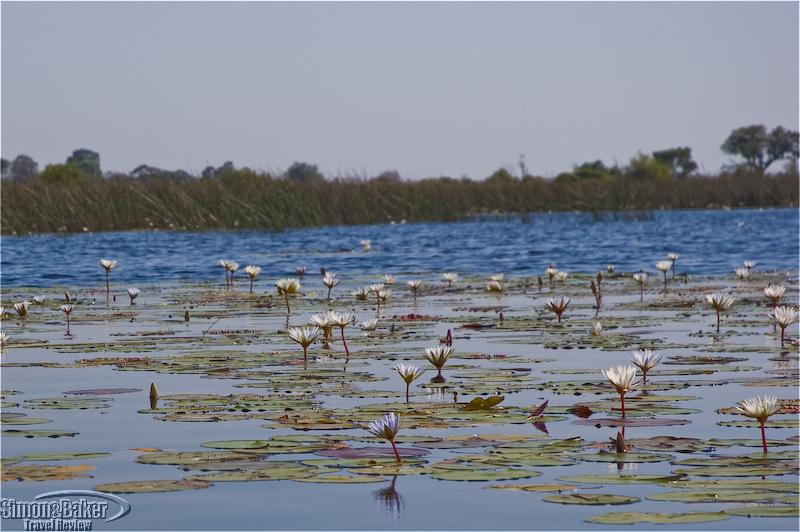 Stretched along a verdant bank of the Thamalakane River on the outskirts of Maun, the gateway city to the Okavango Delta, Thamalakane River Lodge was quite literally a breath of fresh air after my extended stay in the parched wilderness of the Kalahari. Built in a grove of tall riverine trees filled with abundant bird life, the lodge was resolutely turned toward the river. All guest chalets and common areas had terraces that took full advantage of the cooling breezes and serene 180 degree view of the riverbanks lined with fluttering reeds visited by an ever changing array of water fowl and birds. Dusk was spectacular, with the sun setting the river ablaze as it slowly dipped behind trees. 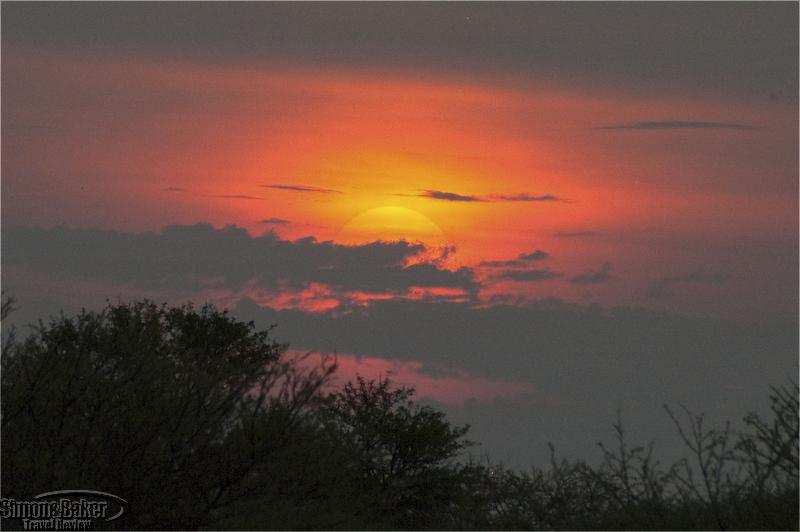 Haina Kalahari Lodge gave me an immediate sense of home, a delightful but puzzling first impression from a place tucked in a remote conservancy at the northern edge of the Central Kalahari Game Reserve (a 20,386 square mile, 52,800 square kilometer, semi-arid immensity roughly the size of Switzerland; and the second largest game reserve in the world after Tanzania’s Selous). The reason became obvious once I found out that this oasis of laid-back luxury in the heart of some of the harshest wilderness in Southern Africa was originally intended, and functioned for a decade, as a private multi-family holiday retreat before it began to welcome guests in 2007. 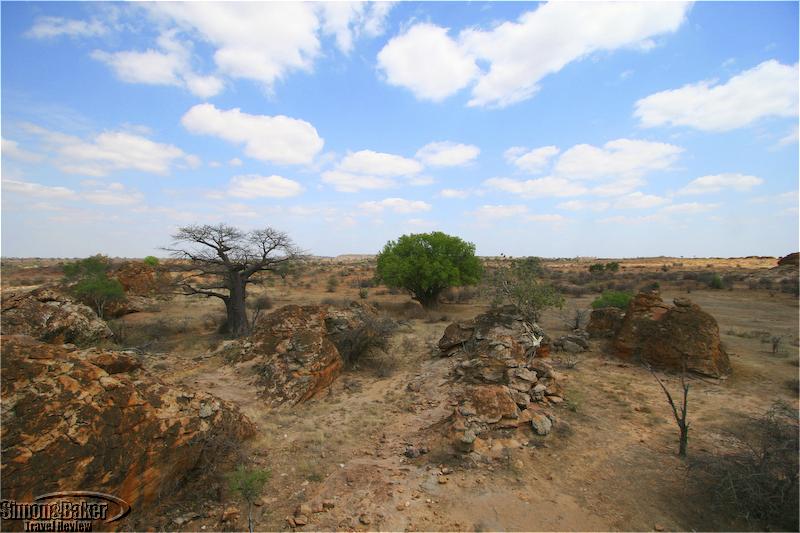 We reached the Tuli Safari Lodge Reserve, missing the border closing at Pont Drift by a hair (our transfer service was two hours late picking us up), after a five hour drive from Johannesburg, South Africa. A representative of the lodge (later we discovered he was to be our constant companion and fearless guide for the next five nights) met us at the border and escorted us through. Within minutes we were seated in an open Land Rover crossing the dry river bed of the Limpopo River, one of the most important rivers in Southern Africa, beginning our five night Tuli Adventure Trail. During our stay we spent time at Nokalodi Tented Camp, Tuli Safari Hide and Tuli Safari Lodge all of which were property of the Tuli Safari Lodge.

On our most recent trip to South Africa we decided to take a detour to visit Mashatu Main Camp within the Mashatu Game Reserve in the Tuli Block of southern Botswana. While this was quite out the way of our original itinerary and meant crossing an international border we felt confident the property would be worthwhile. This belief rested in part on Mashatu’s reputation as a haven for elephants. We also liked that Mashatu was a sister property to Mala Mala and Rattray’s, two upscale properties we had visited in the Sabi Sand Reserve near South Africa’s Kruger National Park. It was a worthwhile detour and we much enjoyed our visit.