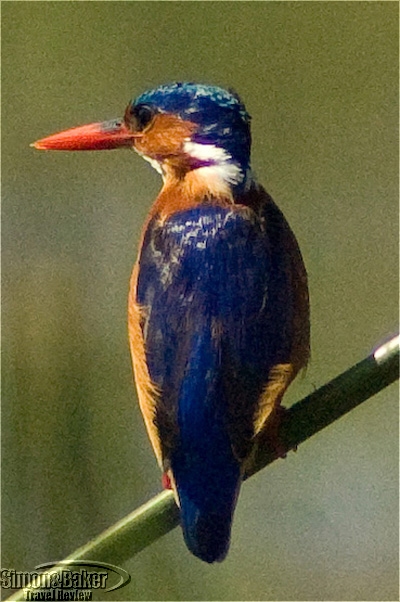 However, its pristine isolation and the outstanding density and variety of game congregating along the river, coupled with the luxury of the camps and lodges that operated near and in the park, made it superb destination.


Overall Impression Located downstream from Lake Kariba on the northern bank of the Zambezi River, the Lower Zambezi National Park is the most recent of Zambia’s parks. Established in 1983, immediately across the river from Zimbabwe’s world famous Mana Pools, it is still an area of mainly untouched wilderness. The park stretches for 75 miles (120 kilometers) between the Chongwe River to the west almost to the confluence of the Luangwa River to the east, and extends 20 miles (32 kilometers) inland to the Zambezi escarpment. Although the park covers an area of 1,580 square miles (4,092 square kilometers), the spectacular backdrop of the steep escarpment acts as a natural barrier to most species, concentrating most of the game’s activity near the edge of the river.

The park and its surrounding Game Management Area, combined with the Mana Pools across the river, formed an especially rich bio-diverse area of forests and wetlands that supported an abundant wildlife. The valley was home to many mammal species including hippo, elephant, buffalo, zebra, lion, leopard, genet, civet, and a large number of gazelles. It also offered some of the most abundant and colorful birdlife I have come across anywhere (estimated to include close to 400 bird species). The river bank was scalloped with channels that created lush islands along the main river. Canoeing down the quiet, shady channels was an idyllic safari experience, made possible by the excellence of the river guides at the camps I visited. They were experts at unobtrusively stirring canoes very close to lions quenching their thirst and elephants or buffalos wading from one island to the next. They also allowed me to get a close-up view of the rich variety of birds living along the river, from the giant goliath heron to the tiny jewel-like malachite king fisher.

Because of its remote location and limited infrastructure, the Lower Zambezi National Park was not easily accessible. However, its pristine isolation and the outstanding density and variety of game congregating along the river, coupled with the luxury of the camps and lodges that operated near and in the park, made it superb destination.

Climate The climate of the Lower Zambezi is generally cool and dry from April to August, hot and dry from September to December and wet and humid from January to April. I visited in early July, when temperatures ranged from the 80s Fahrenheit during the day to the low 50s at night.

Cost Of Visiting Moderate to high

Currency The currency of Zambia, the kwacha, had an exchange rate of approximately 4000 kwachas for one U.S. dollar at the time of my visit.

Electrical Current 220 Volts/50 Hz. A NW-135C adapter was necessary when using electrical outlets (the kind used in the U.K.).

Health And Vaccinations There were no mandatory inoculations for travel to Zambia at the time of my visit. My local health clinic, following the Center for Disease Control (CDC) guidelines, recommended an up-to-date inoculation schedule for meningitis, hepatitis, rabies, sleeping sickness, tetanus and typhoid fever; as well as visitor precautions for AIDS and preventive medication for malaria. For daily protection from insects, I used a combination of repellant cream with CDC-recommended high DEET concentration on exposed skin, and a DEET-free spray for facial protection. Additionally, as always in tropical climates, high protection sunscreen was a daily necessity.

Location The Lower Zambezi National Park was located in southeastern Zambia on the north bank of the Zambezi River, immediately the across the river from Zimbabwe’s famed Mana Pools National Park, 94 miles (150 kilometers) down River from the Kariba Dam.

Money Issues All prices in areas that catered to tourists, including airport taxes and park fees were quoted in U.S. dollars. Because I couldn’t anticipate whether change could be made in U.S. dollars, I brought all the funds for incidentals, tips and souvenirs, in small U.S. denominations (mainly $1, $5 and $10). This ensured that I didn’t accumulate local currency along the way.

Technology The camps I visited offered running hot and cold water, and electricity. They had satellite Internet access, although service was sometimes erratic. Cellular telephone service was available intermittently along the river with a GSM 900/1800 compatible international cell phone.

Transportation The only ways to get around in the park were by all-wheel drive vehicles, motor boat, canoe or on foot.

When To Visit Mid-April to mid-November

How To Get There South African Airways (SAA) offered daily flights from Washington and New York to Johannesburg, South Africa. Several European airlines also offered daily flights to Johannesburg from various European gateways. From Johannesburg, SAA and Air Zambia operated daily flights to Lusaka. British Airways had one daily flight between London and Lusaka. From Lusaka, reliable charter flights were available daily to either the Royal or Jeki airstrips. Flight time was approximately 30 minutes. These could be arranged through the camps operating in and around the park, which also provided transportation to and from the airstrips . At the time of my visit, there was an airport departure tax of $8 for domestic flights and $25 for international flights. A tourist visa valid for one entry could be obtained at passport control in Lusaka for $100.
Facilities There were no shopping, dining or healthcare facilities in or near the Park.

Shopping And Souvenirs The lodges and camps had limited souvenir shops, stocked mainly with locally decorated textiles and some woodcarvings.

Tourism Highlights The daily decision during my visit to the Lower Zambezi National Park was how I wanted to view the abundant wildlife surrounding me! Although canoeing was my personal favorite, pontoon cruises on the river were available, as were daytime walks and drives, and early evening drives using powerful spotlights to see nocturnal animals. It was also tempting to simply lounge on the deck of my tent and enjoy the on-going movement of game passing by on its way to the river. Bird watching along the channels was a special treat, as much for the variety of species as for the abundance of birds.

The area was also an anglers’ paradise. The Vundu, a giant catfish weighing up 100 pounds and the famous tiger fish, reputed to be the most challenging fresh-water fish, were in abundance. The camps I visited observed a strict catch and release policy. 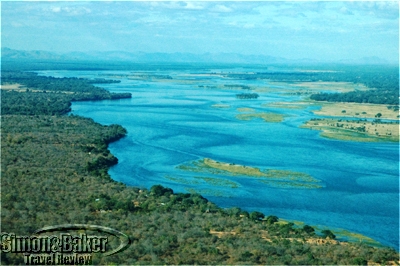 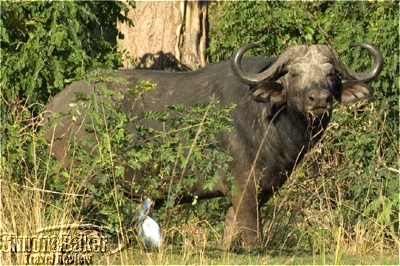 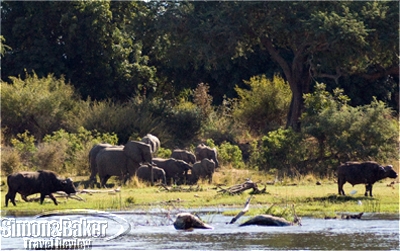 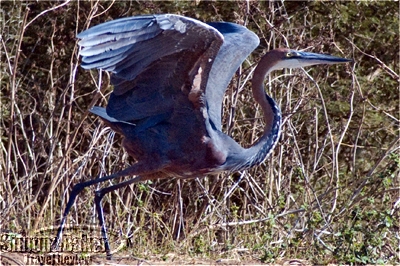 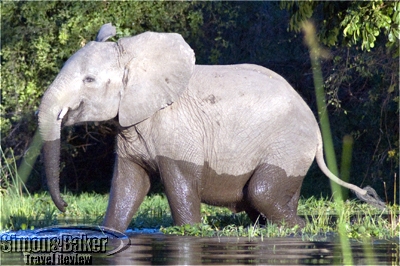