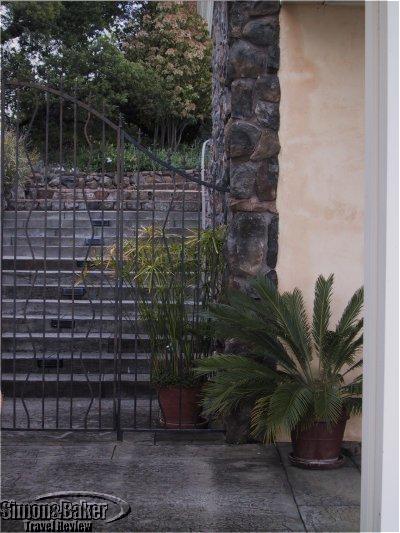 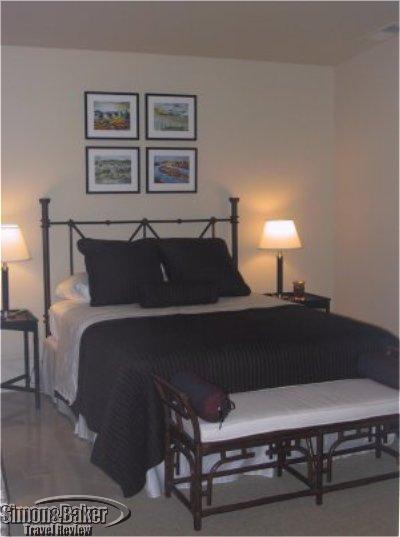 
Overall Impression We prized Villa Montagna’s expansive views over moon valley, Sonoma, the Bay area and the nearby vineyards. We found it an ideal getaway home, especially during warm weather months, for a family. Though the guest bedrooms were modest in size, the property’s abundant and inviting social space provided plenty of areas for family members and friends to spend time together indoors and outdoors. Our cooking enthusiast appreciated the large open sunlit kitchen with professional Viking and Kitchen Aid appliances.

This $5.4 million dollar two-story mansion came complete with separate and self contained small service staff quarters. These were a few feet across from the main house. Stone stairs led to a pool cabana which also included sleeping quarters. For work related connectivity, we were forced to remain in the main house because the Internet wireless hook-up was limited to the kitchen and living room.

In addition to the enchanting outdoor pool and Jacuzzi (too cold for us to enjoy in April), we liked the water features, cozy feel of the cabana and its magnificent vistas. The service quarters and cabana buildings were self contained and capable of housing additional guests, children or in-laws. They offered privacy and independence yet were steps away from the main house. The villa’s seclusion, location in wine country, view, large 40-acre size offering plentiful place for socializing and contemplation and eclectic Palladium design were appealing.

Connectivity Wireless connectivity, though spotty, was available in the main house kitchen and living area only.

Location North of the town of Sonoma near Glen Ellen on the southern slope of the Mayacamas Mountains.

Owner Managed by Beautiful Places on behalf of a private owner.

Size The Villa was part of a 40 acre property. The 2,200 square foot two-story main house had three bedrooms and two and a half bathrooms. There was also a 600-square-foot Cabana House with a pool and Jacuzzi; a 400 square-foot Well House and a three-car stone garage.

Year Opened-Renovated Villa Montagna was built in 1989. The most recent renovation was the conversion of a small caretaker’s cottage into a guesthouse. The kitchen was remodeled in December 2004, and a 4’ x 7’ theater screen was installed in the media room at the same time.

Common Areas This house was made for sharing; the common areas were our favorite parts of the house. They were big, bold, spaces with lots of room to lounge, relax, get together or read. Many of the common areas had a sweeping view of the valley below and beyond. When the weather was clear we could see all the way to San Francisco. Closer to home, the lateral views of the neighboring vineyards reminded us we were in wine country. Bedrooms in the main house were on the second floor while the kitchen was to the left near the entrance beyond the half bathroom near the bottom of the stairs. To the right we found the living, dining and media rooms.

The architectural style was Palladian, with a large, two-story, Monticello-like balcony on the vista-facing side. In the Palladian style, the interior has no hallways – an architectural element that gives the house an open and airy feel. The landscape paintings were originals, primarily by local artists. The interior décor and exterior architectural design of the estate were the work of Portico West Inc. The interior design was an eclectic mix of readily available furnishings as well as specialty pieces such as the early 20 th century European baronial dining table and the 19 th century Parisian entry doors.

Bathroom We had to walk down the hall to reach the bathroom, which was shared with the second guest bedroom also down the hall from us and facing the front courtyard. The two guest bedrooms shared a bathroom space down the hall. This bathroom consisted of a W.C. in the old style, a dedicated enclosed space for the toilet. Next to it in another room an antique looking bath tub with a wooden inner bottom greeted us. We were tired after a dining of running around and opted for the spacious shower in the vacant master bath room instead.

Room Our 250 square-foot room included a queen bed and night table with a lamp on either side of it. There was a collectible wood closet where a television was kept; a seat at the foot of the bed and a built-in closet. A spacious and inviting balcony (150-square feet) beckoned us outside to enjoy the brilliant view.

Facilities In addition to the main house, there was a one-bedroom converted cottage, pool cabana with sleeping quarters, pool, Jacuzzi, and 40 acres of spacious grounds to meander.

Pool The pool was 40’ x 15’, with a maximum depth of 9’ including shallow areas for sitting and toe-dipping. The Jacuzzi, at one end of the pool, could accommodate four persons.

Other There were many mature oak, madrone and fir trees, as well as some fruit trees on property. Several paths wound through the site.

Check-In-Check-Out Once we found the correct road, a slight challenge because the roads were ill marked, our arrival was pleasant. At the last minute we found out we had to go into town to return the keys. Finding the real estate office and parking were a bit inconvenient and we were running late on our way to a three-hour drive along unfamiliar roads. 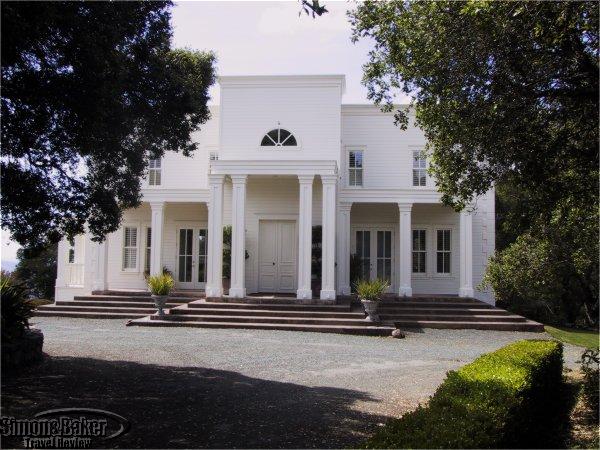 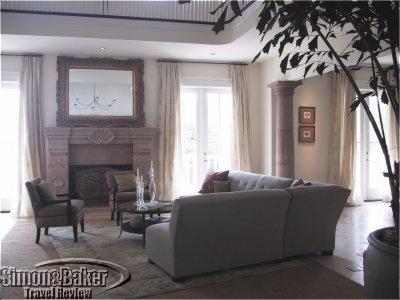 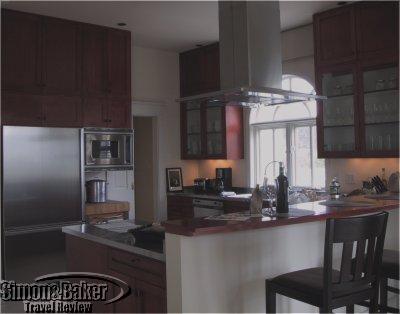 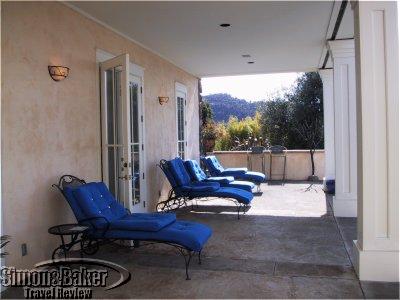 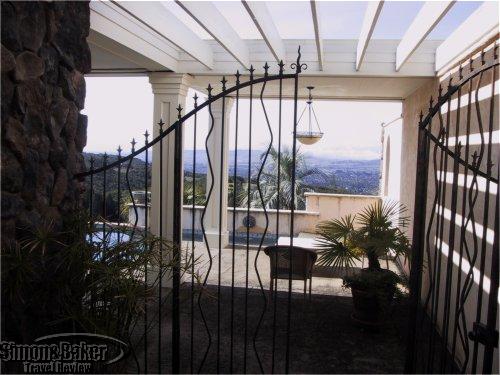