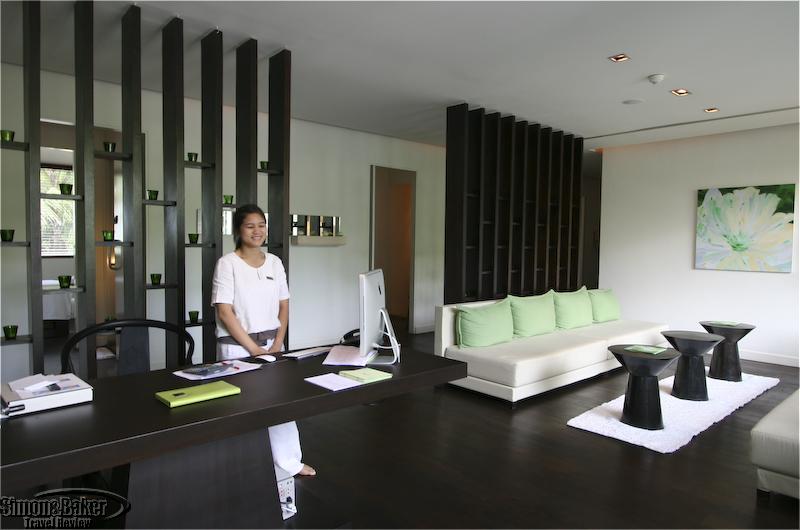 I would gladly return to the spa the next time I stay at the Twinpalms Phuket.


Overall Impression The Palm Spa, the spa of the Twinpalms Phuket hotel, was a step away from the hotel entrance and a world away. A see-through glass door led to a brightly lit reception filled with comfortable contemporary furniture. We left our shoes by the door and entered the quiet space. The young woman behind the reception desk had a warm demeanor and offered to show us around the spa.

The spa was larger than I first thought when we arrived. Although it was busy (I saw guests booking appointments and ran into a couple I knew) it was quiet and there was a sense of serenity. After our brief spa tour the spa supervisor made recommendations for my treatments, a 90-minute Palm Spa Herbal Luxury Massage followed by a 55-minute Nature’s Dream Facial one day and a 55-minute Surin Massage on another day.

The staff members I met were polite and self confident. The treatments were pleasant and the spa worthwhile. I would gladly return to the spa the next time I stay at the Twinpalms Phuket.

Location On the second floor of the two story main building of the hotel.

Number Of Staff There were 20 employees

Special Training Staff were trained in massage techniques and beauty product application on site by a dedicated spa trainer.

Common Areas The Modern Thai décor in the spa was by Peter Tjion from Odja Design.
Amenities There were hotel brand toiletries, bathrobes, slippers and disposable underwear.
Lockers And Bathrooms There were 40 lockers, 20 each in the men’s and women’s areas as well as toilets and a shower.

Other The spa was open to the public although hotel guests had priority.

Treatments Experienced I had the 90-minute Palm Spa Herbal Luxury massage designed to blend Swedish massage and a hot herbal compress to warm the muscles. Later that same day, on the recommendation of the spa supervisor, I had the 55-minute Nature’s Dream Facial with a natural honey, orange, milk and a fresh cucumber mask to invigorate and soften facial skin. Both were performed in the same treatment room on a flat massage table (a leg pillow would have been welcome) by Ms. Sukharada who went by the nickname Thip. I also had a Surin Massage, a 55-minute treatment mixing Swedish, Thai and sports techniques. My maseuse was Mrs. Pennipa who went by the nickname Pook. 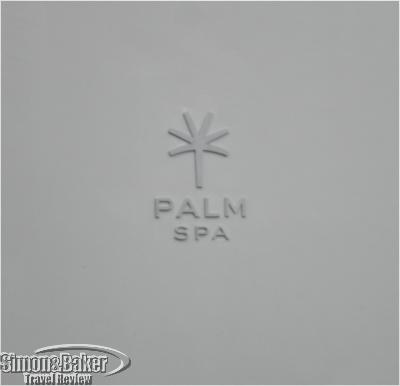 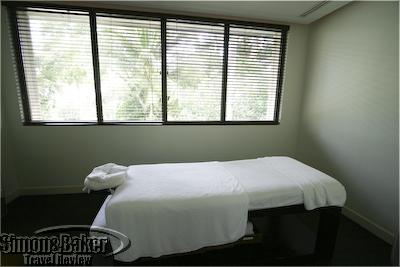 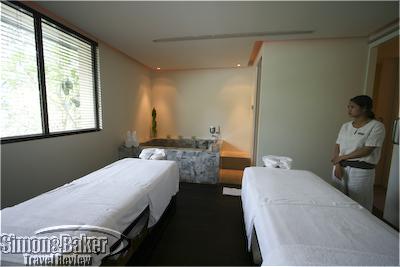