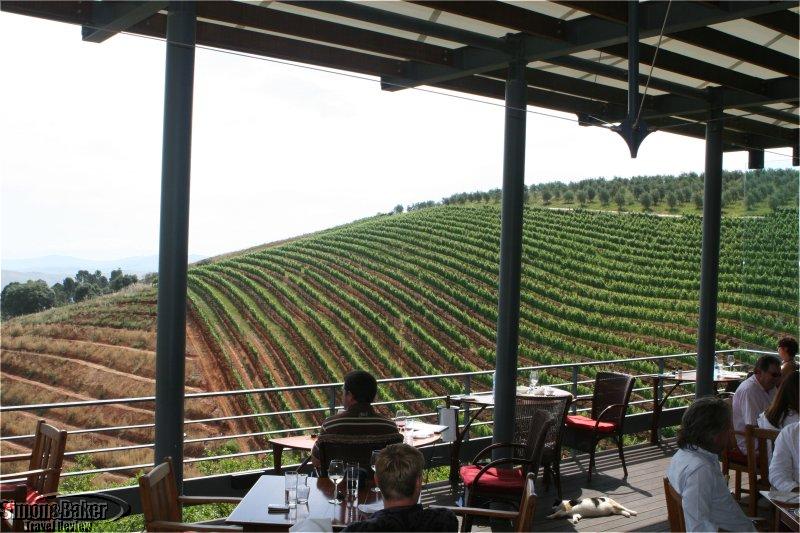 We give full marks to Tokara for setting, tasty food and presentation.


Overall Impression We found Tokara 60 kilometers from central Cape Town, high atop a mountain pass known as the Heights of Hell (Helshoogte in Afrikaans) named perhaps because of how tough it was to get an ox-wagon up over the pass in the old days. It was one of those strikingly beautiful, sunny and hot Cape Town days.

Lunch at Tokara, named after the owner’s children Tomas and Kara, was a special treat. After driving about one hour from Cape Town to South Africa’s famed Wine Route, we sat on the outdoor deck at Tokara facing the vineyards, tasting the winery’s delicious liquid products and enjoying several courses of freshly made appetizing food.

Service, though leisurely, was attentive. From our departure in Cape Town to our return shortly before sunset, lunch took the better part of the day. We give full marks to Tokara for setting, tasty food and presentation.

About The Executive Chef Etienne Bonthuys trained as a chef in Belgium. He opened his first restaurant, Rosenfontein in Paarl (near Cape Town, South Africa) in 1997. Over the next 20 years he opened several restaurants in the Cape area in South Africa including Buitenverwachting, Floris Smit and Bonthuys; and in Ghent in Belgium, Bonthuys. In October 2000, he opened Tokara Restaurant.

Size The 230 square meter (2,3000 square feet) restaurant could accommodate 110 guests indoors and another 30 on the deck. A staff of 35 looked after guests.

DÉCor-Ambiance The restaurant is part of the award winning Tokara state of the art wine making facility which was completed in 2000. The building was designed to “celebrate modernity.” Traditional materials in a combination of stainless steel, glass and concrete, with wood, steel and sandstone lent the dining rooms a modern and appealing ambiance. The transparency concept in the design of the building allowed visitors to experience beautiful vistas of the natural landscape from the tasting room and restaurant, as well as view the workings of the winery and the activities in the kitchen of the restaurant through huge glass windows.

The interior design of the building resulted from a collaboration between the architects of the building, Van Biljon & Visser Architects (from Bellville), and the interior designers, McDowell Interiors (from Johannesburg). The restaurant space was dominated by a jarrah timber from Western Australia floor (with underfloor heating) and high open timber ceiling. The working fireplace had a modern stainless steel hood in contrast to an old fashioned steel grating made by Conrad Hicks, a well known metal artist (The Blacksmith Forge) from Cape Town, who was also responsible for the gates and grilles in the Tokara building.

The restaurant tables were handmade from African rose wood and the undulating Silky Oak timber panel on the wall was designed to mimic the topography of the adjacent hills. The copper disc light in the ceiling by Cape Town artist EJ De Kock celebrates the celestial system. The wall hanging is a tapestry woven from an original design by South African artist William Kentridge.

Meal For starters we had Quail served with saffron and strawberry sauce and raw salmon; and one of the day’s specials Pasta Bundles served with artichokes, watercress, basil pesto and a parmesan oil dressing. These were accompanied by Tokara White and Zondernaam Sauvignon Blanc wines.

Our main courses were Grilled springbok served with a lobster sauce and mint oil; and Deboned saddle of lamb with a trio of green herb, sherry and yellow pepper sauces. Our waitress recommended the Tokara Red wine for both dishes.

For dessert we had Chocolate surprise and Pear poached in Tokara Red with vanilla pod ice cream.

Cellars Wine And Alcoholic Beverage Selection Dominique Wiid was in charge of wine at the restaurant. Our waiter introduced the wine list briefly to us. The restaurant offered red, white and sparkling wine, champagne, fortified and dessert wines, port, brandy and cognac. Although there were no foreign wines on the wine menu, we had plenty of South African options. The wine list covered 63 South African producers and brands. The Tokara winery wines were prominently listed in the menu. This included the five wines in the flagship Tokara range and five wines in second label Tokara Zondernaam range, as well as the Tokara five year old pot still brandy. These were the only wines available by the glass.
Other Tokara was listed in 2005 and 2006 in Eat Out Magazine as one of the Top 100 Restaurants in South Africa. The restaurant was able to make special provisions for guests with food allergies.
Date Of Latest Visit November 2006

Would You Dine At This Restaurant Again? Yes 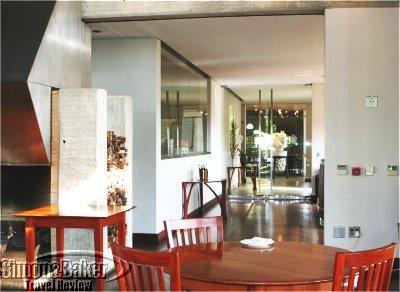 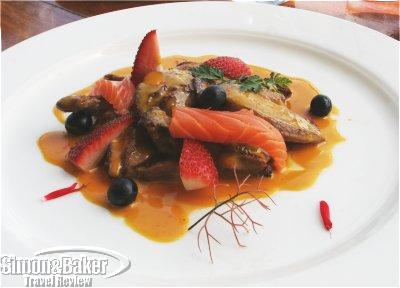 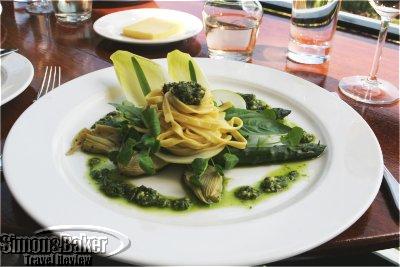 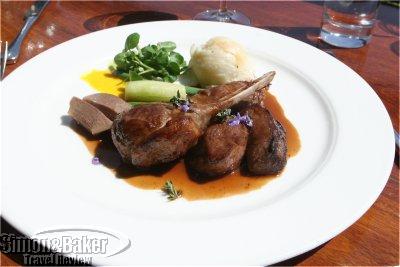 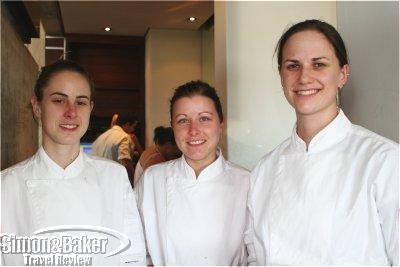 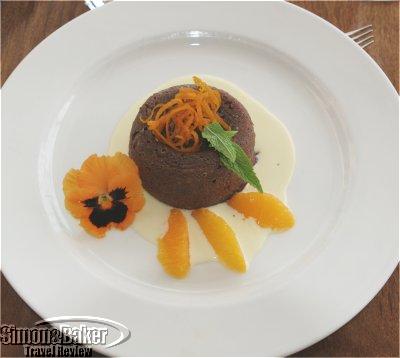