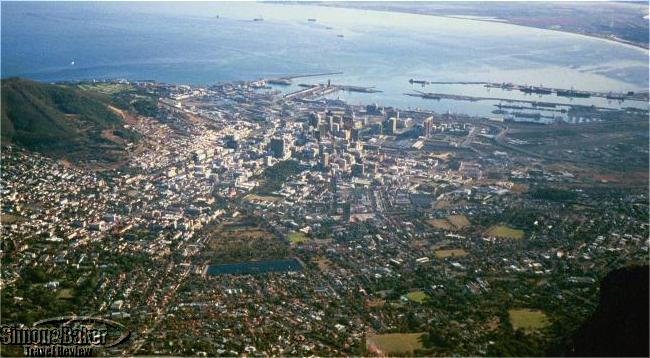 There are a number of points of interest around the top, including the memorial to Jan Smuts, and a distant view of the Cape of Good Hope and Robbin Island.


Overall Impression The most distinctive and recognizeable feature of Cape Town is the Table Mountain. This is not a static feature of the landscape, rather it is the personification of the weather and character of the cape. Sometimes the clouds will settle down over the mountain, a phenomenon affectionately called “the tablecloth” by the locals. Other times, the brilliant South African sun will expose every detail and crevice of its craggy features. This timeless monument is part of the lives of everyone that lives here. In the Wilbur Smith (a terrific African novelist) stories, he describes this mountain and its relationship to such historic figures as Jannie Christian Smuts as well as his own fictitious characters.

I took the tram to the top of the mountain. It is a good idea to arrive early, as the lines get quite long later in the day. Often, the weather will be too windy and the tram will be closed. For the hardier of spirit, there were numerous climbing trails covering the entire mountain. At the top, there was a visitor center, complete with telescopes and stories of the mountain.

The walking trails go all the way around the mountain, the view is spectacular in all directions. There are a number of points of interest around the top, including the memorial to Jan Smuts, and a distant view of the Cape of Good Hope and Robbin Island. 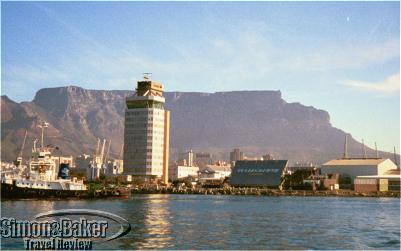 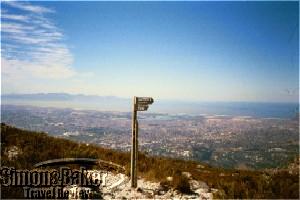 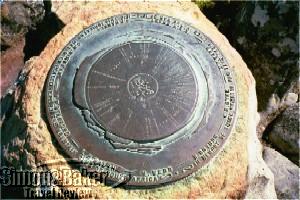 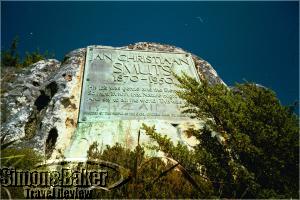