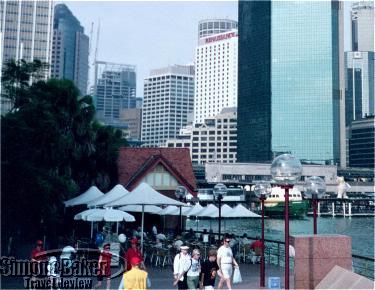 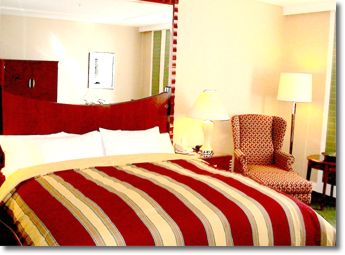 I thought it was a terrific stepping off point to see all that Sydney has to offer in comfort and style.


Overall Impression: One side of the hotel faces the harbor and provides clear views of the bridge and Opera House. When I was there, it was still the Renaissance Sydney, and the three most important things were location, location, location. The Rocks area is just a short walk away, and Circular Quay (with ferries to Bondi and other great spots) is about a block away. Lots of great shops, some open 24 hours within a short walk. The Opera House and a huge park are just the other side of Circular Quay, so there is something going on in the area nearly every day. The hotel itself is well maintained and the staff courteous and efficient. I thought it was a terrific stepping off point to see all that Sydney has to offer in comfort and style.
Class Of Accommodation 5 AAA Diamonds

Location Near Sydney Harbor and Circular Quay, on the edge of Downtown Sydney.

Restaurants The breakfast was served in a large well stocked buffet, but I did not try the restaurant for other meals. The cocktail bar served snack foods that were of decent quality, but in this downtown area, there were many other options with better prices.

Year Opened-Renovated Converted to the Marriott Sydney Harbor from the Renaissance Sydney in 2002. Underwent major rennovation at that time.

Lobby And Common Areas Large lobby area with plenty of seating and shops.
Bathrooms The bathroom was clean and of a typical size and design. I had no complaints about the plumbing, towels or amenities.

Rooms My room was colorfully decorated and well maintained. The view was great, looking out at the Sydney Harbor Bridge. It was raining a lot of the time I was in Sydney, but on clear days I could see people taking the tour up on the top of the bridge – which apparently has to be arranged months in advance for busy time periods. The room was comfortable for working, with a desk and extra phone line for dialup (now I understand they have high speed access).

Amenities The amenities were the typical soap, shampoo, mending kit, etc. They were nice brands and replenished daily. The room had a safe, minibar, and a tea/coffee service which I used every day. There were some satellite channels on the television and pay-per-view movies, which I did not sample.

Pool And-Or Beach The indoor pool looked pretty nice when I was there, but I prefer outdoor pools in the sunshine.

Spa They offer massage and beauty treatments, but I did not try the spa.

Facilities This is a large hotel with a number of facilities, but was not totally luxurious when I was there. The fitness center was large and sunny, with two saunas and an indoor pool. They offered some business services, but I did not try them. the restaurant for breakfast was pretty nice (a little crowded), with a large buffet. The cocktail lounge was decent and a nice place to stop for a beer after a long day.
Watersports Just the pool.
Other I found Pitt street a bid hard to locate in the slighly confusing streets of Sydney. I was working downtown just a few blocks away, but the hotel is not easy to see as it is surrounded by other tall buildings and hard to spot from downtown. Fortunately, you just head for the harbor and the Circular Quay and you cannot miss it.
Check-In-Check-Out Process Ease : Efficient on both.

Cleanliness The hotel and room were very clean when I was there.

Ease Of Reserving A Room Easy

Overall Service The service was quite excellent, from the concierge to the doormen. The restaurant service was equally good and I could find no fault with any of the hotel staff.