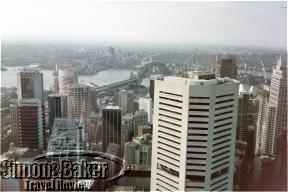 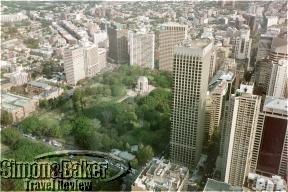 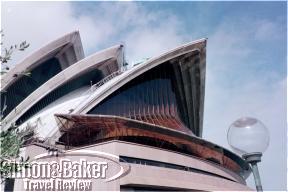 Once you leave the Sydney area, the rest of country is very different, but Sydney is the heart where the action is.


OverallThe Opera House is a memorable sight and the bridge and harbor give this city a character all its own. A trip to Bondi beach feels like perhaps this country is too crowded, until you find out that most of the population of the entire country lives in this small metropolitan area. Once you leave the Sydney area, the rest of country is very different, but Sydney is the heart where the action is.
Cost Of Visiting:Reasonable

ShoppingThe shopping in Australia is decent but nothing really special. Local products have some novelty value. Opals have gotten pricey and most of the other semi-precious stones available have done the same.
AdvantagesThis is a dynamic and young city with lots going on and a gateway to the rest of Australia. It is a fun place to be, with lots of great restraurants, pubs and nightspots galore. There are casinos and the sporting venues built for the 2000 summer games. The Australians love sports of all kinds and tend to be a rowdy fun crowd, generally open to visitors.
ChallengesThe population of Sydney is young and has a large proportion of recent immigrants from all over the world. For many years, Sydney enjoyed a reputation of being a safe and clean city open to the world. Unfortunately, it has been affected by crime in recent years, as have most of the world’s great cities. There is no reason to be afraid of Sydney, there are many worse places, but the same precautions shown in any other large metropolitan area are called for. Another major issue for this city is adequate water supply to continue its growth, which is an issue for those desiring to move here.