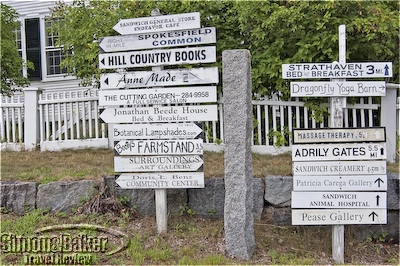 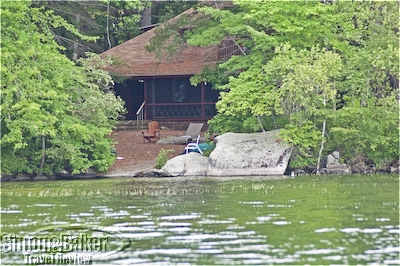 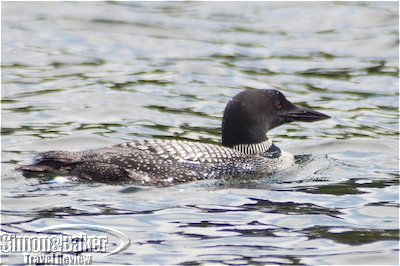 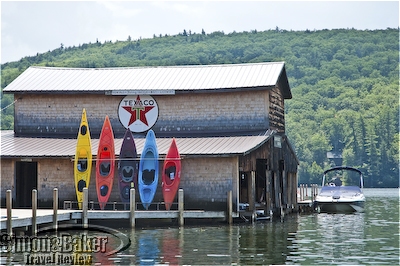 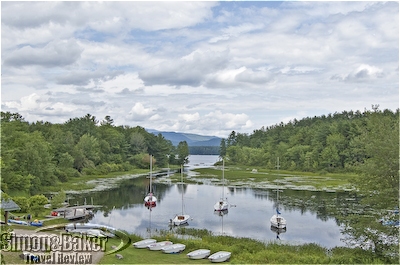 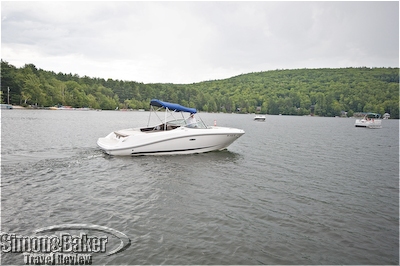 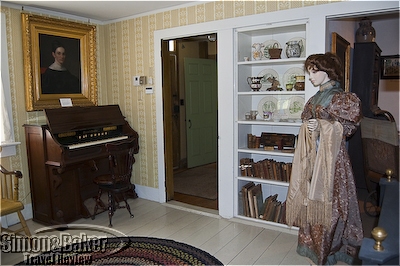 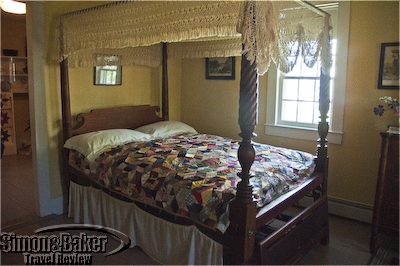 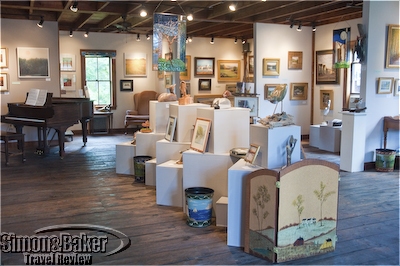 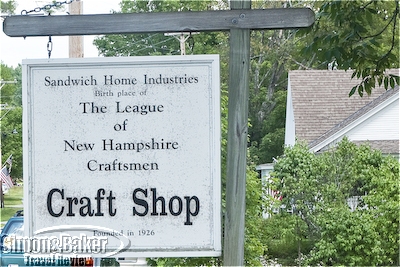 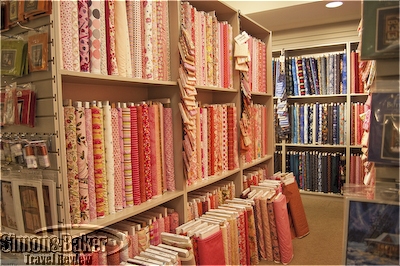 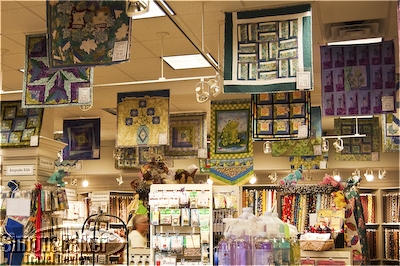 And next time, I may even let friends in on the secret.


Overall Impression Tucked in the rolling hills of central New Hampshire, Squam Lake has provided discriminating New England families with an escape from the sizzling summer heat for over a century. Starting in the latter part of the 19 th century, a few wealthy Bostonians built summer homes in the lush forested slopes around the 6,791-acre (27.50 square kilometer) lake, and discrete boathouses along its convoluted shores. It was then considered unhealthy to sleep near the water. Although such misconceptions have long since vanished and cottages have joined the rustic boathouses on the shore, they are barely discernible among the shoreline vegetation. The lake has retained its secluded atmosphere. Time moves slowly in the southern foothills of the White Mountains. Even Hollywood couldn’t shake this idyllic spot out of its torpor beyond the summer of 1980 when it chose Squam Lake as the setting for the award-winning film On Golden Pond, starring Katherine Hepburn and Henry and Jane Fonda. A dynamic woman who was a girl vacationing on the lake that star-studded summer took me for a morning long speedboat cruise to the spots highlighted in the movie. Nothing seemed to have changed in the intervening three decades. There were amazingly few crafts on the water, and all the remote fishing spots, tiny beaches and diving rocks still looked the same. Even the loons were still here, smoothly gliding around the water and teaching their young to fish.

While the pristine lake invited all manner of water sports, and the forested hills were superb for hiking, the charm of the Squam Lake area went beyond nature tourism. The villages that dot the nearby country roads, once agricultural communities and lumber camps, trace their roots back to the mid-18 th century. They too retained the relaxed pace and understated charm of a bygone era, even as they welcomed tourists in ancient homes meticulously restored into country inns and centuries-old barns turned art galleries. The area has maintained its rich tradition of crafts. As early as 1926, a local woman, Mary Hill Coolidge, pioneered the Sandwich Home Industries to encourage and preserve early crafts and provide an outlet for them. Over the decades, Sandwich and its surroundings have become a thriving colony for artists and craftsmen, imparting a new vitality to this sleepy rural area. This rich creative atmosphere has also spurred the rise of several imaginative chef-owned restaurants where talented chefs using local products work their own artistry in the kitchen.

Yet, for all its natural, historic and artistic assets and its easy access from many of New England’s urban centers, I found the Squam Lake area remarkably uncrowded. Whether kayaking to the tiny islands sprinkled around the lake or driving along meandering country roads bordered with wild flowers, I found myself rejoicing at having discovered such a well-kept secret. I thoroughly enjoyed my days in the cool serenity of Golden Pond. I intend to revisit it as the changing seasons give the area a whole new appeal; starting with autumn, the famed New England foliage season, when the changing leaves paint the hills in vibrant shades of copper and gold. And next time, I may even let friends in on the secret.

Location In the southern foothills of the White Mountains in mid-state New Hampshire, a two-hour drive from Boston, Massachusetts and a three-and-a-half-hour drive from Montreal, Canada.

Technology High-speed Internet connectivity was widely available. Mobile phone reception was erratic throughout the area. I quickly identified spots where I could reliably expect a connection and made sure to include at least one of them in every itinerary.

Transportation Although distances were relatively short to reach the many attractions and tiny villages near the lake, a car was necessary.

Shopping And Souvenirs With its lovely galleries and Home Industries shop, Center Sandwich was an art and craft shopper’s delight, offering enough variety to suit most interests and quality to satisfy discriminating customers. For souvenirs seekers The Old Country Store, founded in 1781 in Moultonborough, a 15-minute drive east of Center Harbor (or a 30-minute drive east of Holderness) was worth a detour for its kitsch factor. While most of the items were the usual array of unmemorable regional knickknacks and T-shirts, the sheer quantity and variety packed in the store’s city block-size maze was worth a short stop.

Surroundings Gallery Located in a beautifully restored, light-filled barn in the center of town, this inviting gallery showcased original fine art and folk art works in a variety of media from locally connected artists. Surroundings also carried a number of delightful illustrations by David McPhail, a children’s books author and illustrator.

Meanwhile in a 19 th century barn at the edge of town, the Patricia Ladd Garega Gallery focused on contemporary art in varied medias by established and emerging artists.

Boating On Squam Lake with Captain Cindy O’Leary’s of Experience Squam Excursions. Her intimate knowledge of the lake traced back to childhood when her family spent all their summers here. She subsequently made it her permanent home and has been offering private cruises for the past seven years. I spent a memorable morning aboard her 21-foot Sea Ray Bow-Rider exploring the famed Golden Pond sites while enjoying the efforts of juvenile bald eagles experimenting with the intricacies of flight. Captain Cindy also treated me to my first-ever close sighting of loons. Other options to explore the lake were guided pontoon boat cruises offered daily by the Squam Lake Natural Science Center. For the more adventurous, the Squam Lake Association offered canoes, kayaks and sailboats for rent.

Tourism Highlights The area offered a satisfying balance of outdoor activities and art and crafts shopping opportunities to satisfy the most eclectic requirements. My personal highlights included:

Keepsake Quilting This quilter’s paradise was a 15-minute drive east of Holderness in Center Harbor. It was said to be the largest quilt shop in the country, and was arguably one of the better known (it has been mentioned to me by friends from as far a the British Isles). Although not an aficionada of needlecrafts myself, I enjoyed browsing through its endless aisles filled with a rainbow of cotton fabrics. The shop also displayed a number of finished quilts in many sizes, available for purchase.

Sandwich Historical Society This tiny museum housed in a well-preserved early 19 th century local home and barn was furnished with authentic artifacts that gave a comprehensive image of local rural life. The museum also had an extensive collection of period tools, documents, paintings and photographs.

Sandwich Home Industries A founding member of the League of New Hampshire Craftsmen, the shop has occupied the same cottage in the center town since 1934. It offered a rich (and tempting) array of juried pottery, textiles, basket wares, glass, woodcrafts, jewelry, leather, prints photographs and mixed media.

Squam Lakes Natural Science Center This vast hillside facility on the outskirts of Holderness focused on New Hampshire’s natural world through live animal exhibits, natural science programs and several hiking itineraries. The center was especially popular with families and children groups. I enjoyed following the well marked and little frequented hiking trails where rest benches had been thoughtfully located in secluded areas that offered panoramic views of the While Mountains.