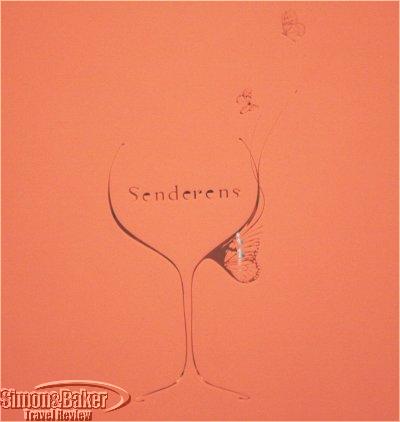 
Senderens has been sold and has reverted the name back to Lucas Carton.
Overall Impression For years Lucas Carton had found the formula to accommodate diner’s varying wants and needs consistently serving delectable dishes with extraordinary service. Its lunch menu was a great buy. On and off the menu we always found dining there an enjoyable affair. In 2005, the owner and chef decided to shake things up a bit by closing Lucas Carton and opening a new, more informal restaurant, Senderens. We were a little anxious as made our way to the reincarnation of Chef Alain Senderens old culinary home, Lucas Carton, on a snowy day soon after it opened.

Our first visit to the Senderens, revealed changes in décor, menu, style of cuisine and staff to reflect the owner’s vision of a new informal bistro style restaurant. Named for Chef Senderens, the new restaurant looked mostly like the old Lucas Carton minus the tablecloths, fine china, crystal and silverware. The blond woods we so loved were made especially beautiful by the muted winter sunlight that day. They remained along with some of the old staff, adding warmth and character to the dining room. Familiar faces welcomed us inside although a few modern touches and many new staff reminded us this was a new restaurant.

Lunch was delicious and well served by wait staff that appeared much too busy. The menu offered new twists, with an Asian influence, on former favorites and novel dishes we had never had. During subsequent visits we noticed slight variances in the food and service that, although not fatal, were noticeable, especially for identical items. Time, we think, will allow the new restaurant dust to settle and stabilize.

Although we missed the set price lunch menu option (the new menu was completely a la carte), we greatly enjoyed our repast and quickly warmed up to the new décor. Service at Lucas Carton was always near flawless. Senderens service was efficient though sometimes slow, in line with the informal formula. Visiting Senderens was bittersweet; we mourned the loss of a favorite restaurant and celebrated the arrival of a new icon of great eats and promising discoveries. Although we miss the classic old standards of excellence, we can live with the more informal and less exacting service as long as the food remains delicious. Cheers to Senderens for reinventing himself. We remain loyal fans.

Executive Chef&Rsquo;S Training Born in 1939 in South Western France, Senderens moved to Paris at 21 following an apprenticeship at the Ambassador Hotel in London. After holding positions as commis garde-manger and chef rotisseur at La Tour d’Argent, Senderens moved on to work at Lucas Carton. While working as a saucier, for two years, he studied the techniques of classic cuisine under Soustelle, Lucas Carton’s renowned chef. He worked at Berkeley and the Hilton Orly. In 1968, he opened his own restaurant, “l’Archestrate,” named in honor of antiquity’s famous gastronomist, in Paris. At this restaurant, he earned recognition as a chef. In 1985, he bought Lucas Carton and in late 2005 opened the new restaurant, Senderens.

Sommelier Philippe Marques . Alexandre Jean looked after us very well when we were last at Senderens.

Year Opened-Renovated Opened in 1890; operated as Lucas Carton for many years. Opened as the new Senderens in late 2005

DÉCor We were keen to see the new décor and happily discovered it was much like the old with a few modern touches. The Art Nouveau style with blond wood paneling throughout remained the backdrop of Senderens as it had been when it was Lucas Carton. When the restaurant opened originally, it was decorated in the famous Majorelle Art Nouveau style. Citrus tree wood from Ceylon, sycamore and bronze dominated the older sober décor which diametrically opposed the more flamboyant style of Maxim’s or the “Bouillons” of that era. The blond panelling which was hand sculpted with vegetable motifs in Majorelle’s workshop surrounded the decorative plaques. The style of Planel, an artist and master of the vegetal ornamental style of Jugendstil, was also evident at Senderens in the bronze wall lamps, which depict the faces of women emerging from plant stems and surrounded by three spun glass irises. New features included simple tables without tablecloths (napkins were thankfully still of cloth), a modern looking ceiling (our least favourite addition), glass etchings and lights and an understated decorative “S” on menus.
Food For appetizers we chose the lobster and mango salad ( Homard et mangue en salade au basilica, reduction de banyuls et jus d’orange ) and the poached duck liver in a Chinese style bouillon ( Foie gras de canard poché, dans un bouillon a la chinoise ). They were both delicious. For the next course we had a well prepared flounder with caramelized endives and grapefruit zest ( Dos de barbue cuit en papillote, endives caramélisées, zestes de pamplemousse) , a veal and shrimp tartar with parmesan cheese ( Tartare de veau et langoustine, vermicelli de riz, parmigiano reggiano ) and volaille with white truffle risotto ( Volaille de Challans pattes noires et son risotto crémeux aux truffes blances d’Alba) . There was one cheese option only, Fourme d’Ambert et sa brioche épicée toastée aux cerises Amarena .

We were all delighted to discover one of our favorite desserts, the melt-in-your-mouth creamy “Samana” chocolate preparation with vintage cocoa beans from Santo Domingo, was offered in the Senderens menu and was just as good (although the garnishes varied).

Special Menus-Pricing Only a la carte dining was possible.

Wine And Spirits Details Lucas Carton had a vast selection in a variety of price ranges. Its wine cellar included 30,000 bottles of wine with 1,600 wine references. We hope they remain a part of the new Senderens. The menu offered wine pairings with each dish.

Other In 1925 the restaurant became known by the name of Carton. Carton, the restauranteur who had become renown at the Café Anglais, bought the restaurant recognized at that time as “Lucas” and attached his own name to it. Carton redesigned the entrance to include a revolving door, which he framed with an art deco grid topped by half-moon canopy designed to diffuse an indirect light. On the first floor, he added seven small rooms accessible by a door from a passageway of the Madeleine. Many politicians met in that area of the restaurant. Chef Marc Soustel established the culinary reputation of Lucas Carton and eventually came to own it in 1945. His daughter inherited the restaurant in 1982. In 1987, the Lucas Carton building was designated a historic building by the city of Paris.

The website only provided a reservation form to request seating online.

Most Recent Visit-Date Of Review January 2006

Service Every time we dined at Lucas Carton we felt like special guests. At Senderens we still felt well taken care of. One day we arrived awfully late after discovering the restaurant we had plans for was closed and making a mad dash across town without reservations. In spite of the late hour, the staff found a comfy corner table for us. Soon after we settled down one day the staff realized we had a dual language situation with guests who only spoke one language or the other. When the dishes arrived, the servers were kind enough to describe our dishes in the corresponding language for each guest. From the welcome at the entrance to the wine steward’s recommendations to the bread server, the staff had a professional appearance and demeanor. They seemed proud of their work and strived to accommodate guests. 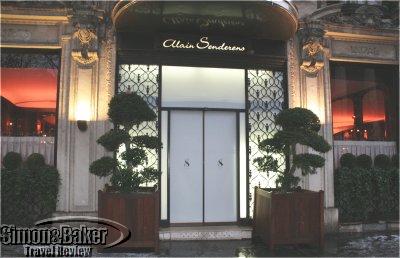 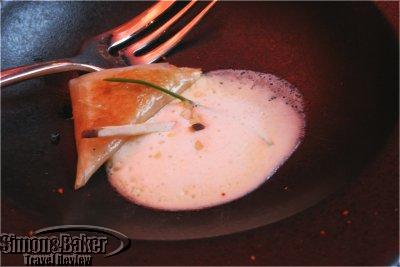 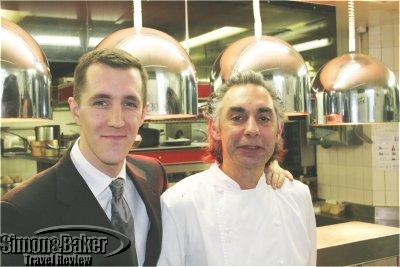 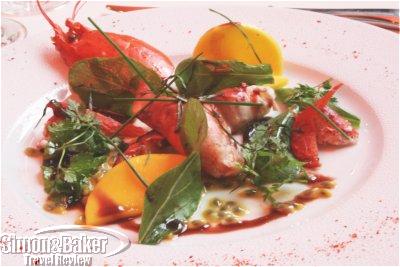 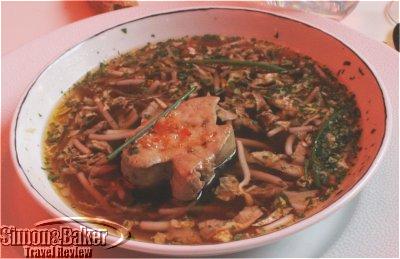 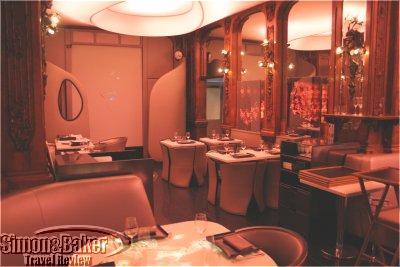