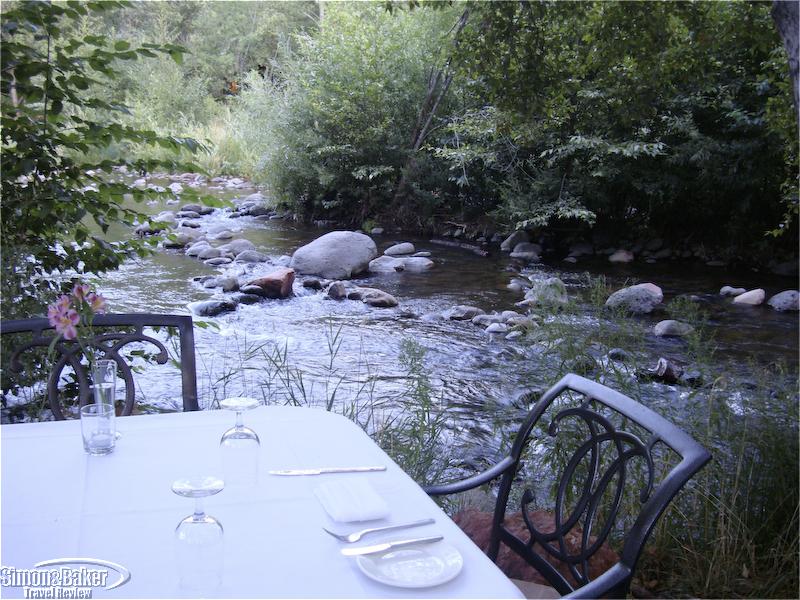 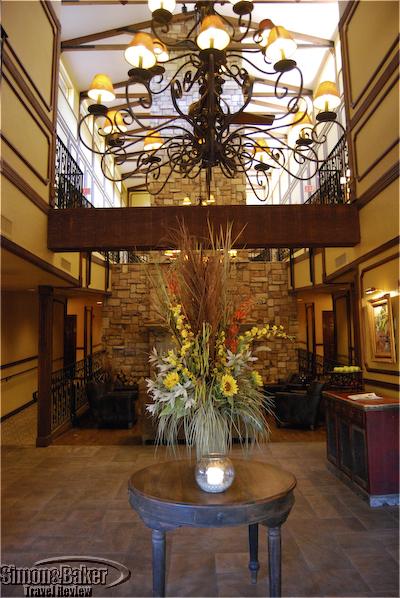 In the meantime, we remember it fondly.


Overall Impression A side street off the main road in the picturesque town of Sedona in Arizona led us to this luxury oriented small hotel set along the banks of the well known Oak Creek. Although the property was having major renovations during our late summer visit it was there that we enjoyed the highest level of service, luxury and gourmet dining in the Sedona area.

We appreciated our spacious and new looking cottage with an outdoor shower, the hotel’s service oriented staff, morning and evening complimentary offerings of hot beverages and wine, on site spa and gourmet dining restaurant.

We loved the hotel’s creek side location. It meant we had a view of the creek from our cottage front terrace where we enjoyed early morning breakfast. Dining at the property restaurant, L’Auberge Restaurant on Oak Creek, was a special treat thanks to its creek side seating. Twice we dined to the sounds of running water and little creatures. It became our favorite dining spot, for the food and the setting, in Sedona. We look forward to revisiting this lovely property once the renovations have been completed in 2010. In the meantime, we remember it fondly.

Connectivity There was complimentary WiFi in our cottage.

Handicapped Access Yes. Several cottages were ADA (Americans with Disabilities Act) compliant with the proper requirements for blind and deaf guests. The inn also had a portable system used in existing rooms.

Location In the heart of the town of Sedona, Arizona, about two hours drive north of Phoenix International Airport.

Pets Allowed Dogs were welcome for a daily fee of $75.

Size L’Auberge de Sedona is situated on 11 acres that house 90 rooms and cottages. Between 140 and 170 employees worked there.

Year Opened-Renovated The hotel first opened in 1984. The most recent renovation and expansion was taking place while we visited the property and was due to be completed in early 2010. The first phase of the expansion was scheduled to add sixty-four private, newly-built or newly redesigned cottages and twenty-six remodeled lodge guestrooms. New amenities in the 1,200-square foot, one-bedroom cottages under construction include upgraded indoor and outdoor living spaces with large observation decks for outdoor entertaining and dining, as well as spacious outdoor showers and gas fireplaces. Eighteen new hillside cottages, a new pool and fitness center are scheduled for completion in the first quarter of 2010 as part of the second phase of expansion.

Lobby And Common Areas The inn accommodations were designed to be reminiscent of a contemporary European hunting retreat. Kim Harley of KHI, Inc. Interior Architecture and Design was responsible for the property’s architectural design. There were two wood-burning fireplaces near the entrance to the common area. There were also plein air oil paintings by Ninfa, described by property representatives as one-of-a-kind impressionistic paintings depicting Oak Creek and the surrounding red rock vistas.
Bathroom The bathroom was to the right of the sofabed. In the rear of the room a wood framed glass door with a privacy curtain led to an enclosed outdoor shower, one of our favorite features of the cottage. To the right of the entrance of the bathroom and behind the bathroom door there was a coffee and tea service and mini refrigerator. There were also twin sinks and a large mirror. A second door led to a separate section with a toilet and shower bathtub with a shower curtain.

Room Our creek side cottage, number 22, was 450 square feet in size indoors. Outside the cottage had an inviting open front terrace with a table, two chairs and, at our request, a lounge chair. It was surrounded on three sides by similar looking cottages. From our front terrace we could see Oak Creek close by and the front terraces of three other cottages.

Indoors the cottage had a duvet covered king bed against the back wall framed by identical night tables. There was also a wall facing desk, comfortable armchair with footrest, fireplace, large flatscreen television handing over the fireplace, sofabed, coffee table, wood armoire, and a small side table with an ice bucket and bottled water. The décor was in soft wood and natural tones. A large Persian style carpet covered a lion’s share of the floor.

Food And Restaurants We dined twice at the inn’s restaurant L’Auberge Restaurant on Oak Creek headed by Executive Chef David Schmidt. He served French-inspired American Cuisine which we enjoyed on the terrace. The same server, Tanya, a friendly young woman willing to make suggestions on request, looked after us both nites. The bus boys, Nacho and Gil, were also friendly and helpful. Both nites we were fortunate to be seated at candle lit creek side tables. To add to the mood there was soft moon light reflected in the water across from our table.

On our first night, shortly after we were seated Tanya took our order. Soon, warm bread and butter arrived followed by an amouse bouche of braised short rib with fig sauce and gruyere in a bite size profiterole. We ordered Macadamia Crusted Foie Gras with Grilled Pineapple, Humboldt Fog and Herb Flatbread and Goat Cheese and Beet Salad with Red and Gold Beets and Crumbled and Foamed Goat Cheese (not a favorite) with Red Beet Syrup to start. For mains we had BBQ Braised Beef Short Rib with Hickory Smoked Polenta Cake (savory) and Glazed Baby Vegetables and Roasted Rack of Colorado Lamb with Cherry Tomato-Olive Misto, Mint Eggplant Puree and Crumbled Feta and Roasted Tomato Jus. For dessert we sampled a well prepared chocolate souffle served with chocolate sauce, cream and banana ice cream.

On Tanya’s advice we accompanied the meal with a lovely Talley Chardonnay Arroyo Grande (for my beet salad), Row II, Vinas 3 Pinot Noir from California and a Conn Creek Cabernet Sauvignon from Napa Valley. While dining at L’Auberge was pricey we found the restaurant’s creek side setting appealing and the food better than the other places we sampled elsewhere in the area by a rather wide margin.

Facilities There was a restaurant. Guests at L’Auberge were invited to use the fitness center, pool, Jacuzzi and spa facilities of the Amara Resort and Spa, the company’s sister property next door.

Spa The day we checked in I had a Deep Tissue massage with Mariposa at the Amara Spa, part of the neighboring Amara Resort and Spa. Mariposa’s massage relied on deep kneading and hot towels, soothing and relaxing my muscles. Following the hour long treatment I enjoyed a visit to the steam room in the ladies lockers area. Since the inn’s spa was closed for renovations we were invited to take advantage of the company’s sister property’s facilities like the spa. The Amara Spa, a short distance on foot from the L’Auberge reception, was pleasant and the staff were attentive. My massage was very good.

Amenities There were twin sets of Gilchrist and Soames toiletries including a shaving kit, shampoo, body lotion, and shower gel. There was also complimentary bottled water and coffee and tea service. In the morning, between 7 a.m. and 9 a.m., the hotel served complimentary Coffee and Scones (there was tea and croissants too) in the lobby. In the afternoon, between 5 p.m. and 6 p.m., there was an Informal Wine Reception. Friday night we walked from our cottage to the parking lot above the hotel for Friday Evening Astronomy where, with the help of a high powered telescope and the guidance of Dennis Young, a well informed astronomer, we gazed at the stars. It was one of the highlights of our trip.
Conference Facilities L’Auberge had 3,500 square feet of corporate event venues and five newly renovated meeting rooms.

Other When we were there, the inn had received its sixth consecutive AAA Four Diamond Award; and was named one the World’s Best Places to Stay in Condé Nast Traveler’s 2008 Gold List. It was also recognized with Award of Excellence from Wine Spectator in 2009.

Cleanliness Very good. Our cottage was spotless. The area near reception was dusty with construction elements. Whenever we walked through there in open shoes the dust attached to our shoes and feet and tracked along to the car and cottage. 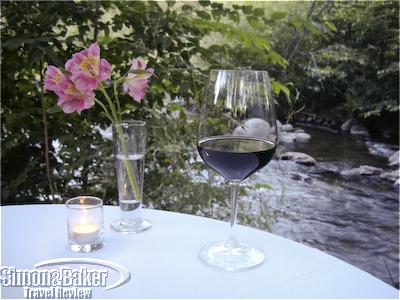 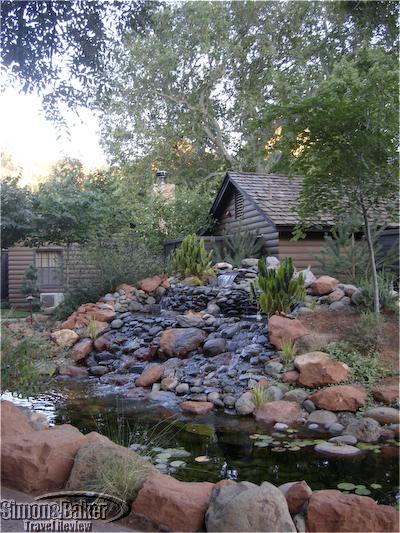 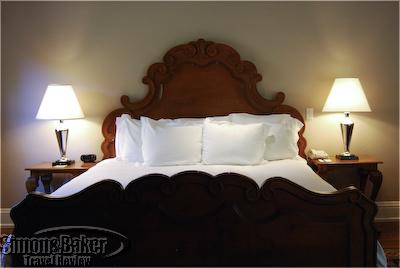 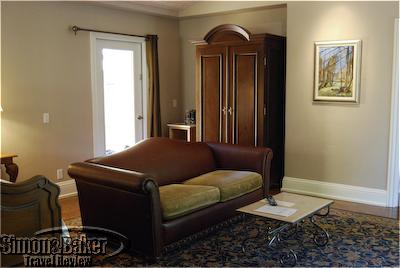 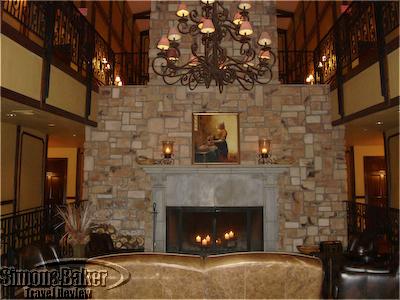 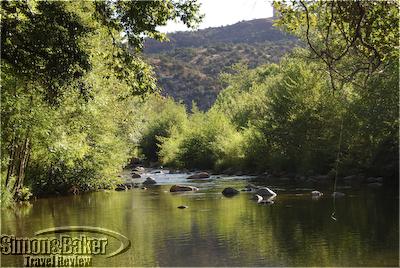 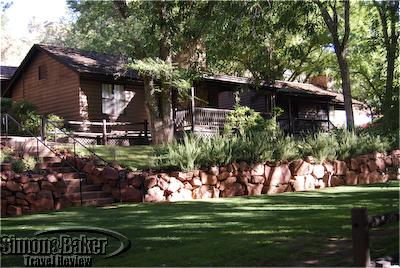 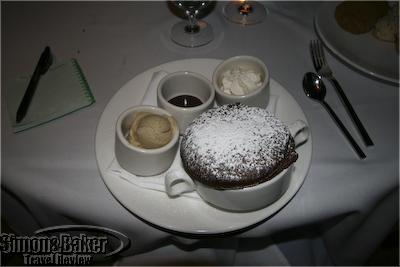