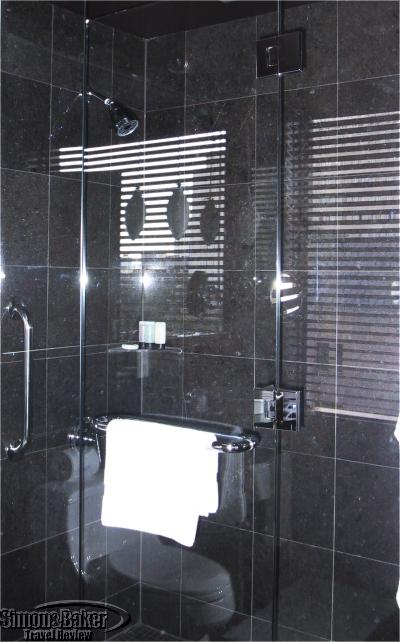 We prized the character and old Texas feel combined with modern sleek elements of the décor, the prime location, the attention to detail, focus on comfort and practicality for the business traveler and the gourmet dining option it offered.


Overall Impression : For those wishing or needing to stay in downtown Houston , the recently renovated historic Sam Houston Hotel, offered many pluses. The city’s oldest hotel restored to its original state as a luxury boutique hotel was named for General Sam Houston, Texas’ first president. We prized the character and old Texas feel combined with modern sleek elements of the décor, the prime location, the attention to detail, focus on comfort and practicality for the business traveler and the gourmet dining option it offered.
Concierge Chef Concierge Konni Godley, Member Les Clefs d’Or

Pets Welcomed Pets of all kinds were welcome though they had to weigh 50 pounds or less. Guests with pets were required to provide a $150 deposit upon arrival and their pets had to be placed on a leash or in a cage when unattended. There was a limit of one pet per room.

Lobby And Common Areas Before entering the building visitors might notice the russet brick with old-fashioned canvas awnings shading the sidewalk and the sign for restaurant 17. A wall still showed an original advertisement offering lodging for $2 a night. Once inside the look was more sophisticated. The lobby was contemporary including sculpted modern furniture and Texas artwork. Color highlights, based on the original tile floor color palate, included shades of brown and white. Interiors were designed by Gary and Jane Whitney of Whitney & Whitney. Features included Texas cowhide fabrics with urban design elements; a mural depicting the Battle of San Jacinto, where General Sam Houston fought, was front and center; there were leather tooled covered walls behind the reception desk and French chenille upholstered chairs.
Bathroom The highlight of the bathrooms was the understated and beautiful brown Russian Labrador antique granite with delicate turquoise light blue reflections. The glassed-in showers were spacious and inviting. Extras included designer touches, a make-up mirror and an attractive antique style sink.
Room Our one bedroom suite with two bathrooms was comfortable and spacious, especially for a downtown hotel. It was made of two distinct areas: A small sitting room with a bathroom and a bedroom with its own en suite bathroom. Sitting room furniture included a sofa, two chairs, and a center table; across the room from the sofa was a desk with a built in mini bar and swivel chair. This was where the complimentary high speed Internet access was located. A closet to the right of the entrance housed an electronic laptop size safe, a bathrobe, iron and ironing board. Next to the closet was a full length mirror.

Bedroom furniture included a wonderfully comfortable king bed, a dresser and night table with a lamp on each, and a small luggage bench. Extra touches included complimentary morning paper, complimentary shoe shine, Presidential Elite Pillow Top mattresses, 250-thread count European linens, hypo-allergenic duvets, lighted make-up mirrors, and in-room refreshment center, two 27” flat screen TV’s, two line speaker phones with voicemail and data port, private guest DID telephone number and call forwarding to guest cell phone, DVD player and stereo/CD and movie library. Though it was a bit noisy from horns, traffic, party sounds, and other street noises; and the view was uninspiring due to the hotel’s location, we found our brown themed room, handsome, agreeable and comfort zone to return to after a day of meetings and activities.

Food And Restaurants Diner at restaurant 17,named in Esquire magazine “Best New Restaurants ’04” was delicious. There was also room service available.
Amenities The Sam Houston offered guests use of bathrobes. In the bathrooms there were Kudos toiletries from Australia including body lotion, shampoo, conditioner, and shower gel.

Facilities There was a 24-hour fitness center; restaurant 17, a bar The Sam, and The Veranda, a second floor climate controlled meeting room.

Fitness Center Access to the tidy fitness center was possible with the guestroom card 24 hours a day. There were three treadmills, a rowing machine, a lifecycle and free weights. There was a selection of local and national newspapers, towels and a water cooler. A couple of minutes after our arrival, a waiter arrived unsolicited with a cool water bottle and a chilled towel. They were most appreciated.

Conference Facilities Five meeting rooms ranging from 14 to 215 in capacity and from 273 square feet to 2,400 square feet. Meals were catered by 17, the hotel’s gourmet restaurant.

Service All the staff we interacted with were pleasant and helpful. There was 24-hour room service and twice daily maid service. 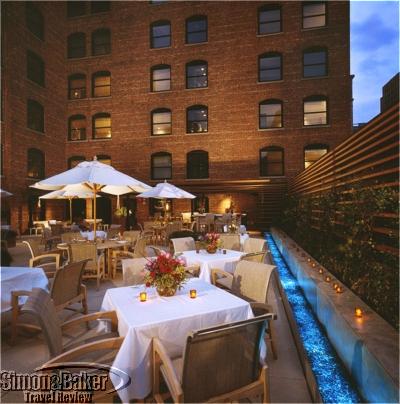 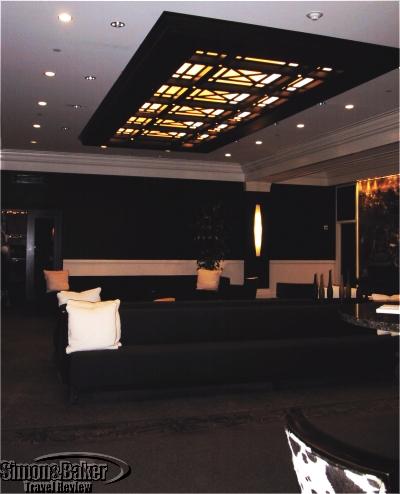 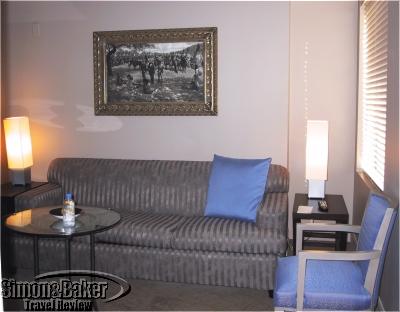 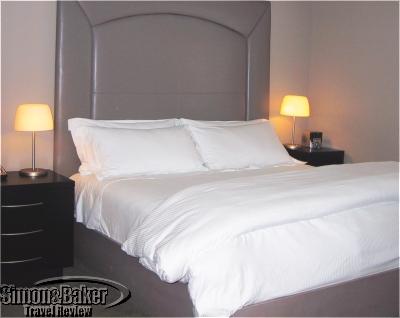