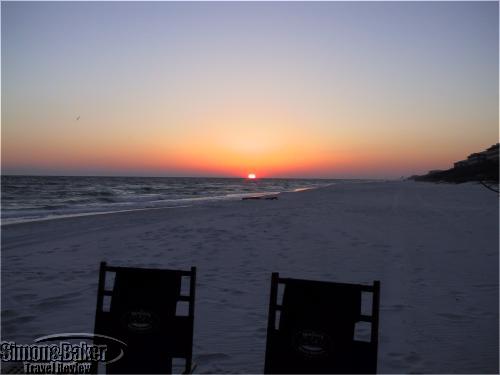 In addition to its large and comfortable design, some of our favorite features of the Rydquist House were the lovely partial views of the water and convenient access to the beach


Overall We found Rosemary Beach, established as a planned community in 1995, to be an ideal vacation village for beach lovers from the South. Situated on a striking white sand beach in the Northern Gulf, Rosemary Beach consisted of a town hall, post office, restaurant, spa, fitness center, tennis courts, five swimming pools, a handful of retail businesses and about 350 homes. Architecturally distinctive, it featured a blend of elements from various areas of Florida and the South. Named after a local shrub, this pedestrian friendly exclusive vacation neighborhood seemed well suited for families

More than one hundred construction projects were underway in the 107-acre site when we visited Rosemary Beach. This meant hammering, construction crews, vehicles and debris were commonly seen and heard throughout. In spite of that, every rental cottage was occupied. Our large custom built new house was a block from the beach. In addition to its large and comfortable design, some of our favorite features of the Rydquist House were the lovely partial views of the water and convenient access to the beach

Location Eastern end of Scenic Route 30A in the Northwest coast of Florida, U.S.

Transportation A planned community design allowed pedestrian and bicycle travel to almost any street within the neighborhood. A car was necessary to reach nearby areas to play golf, shop at the supermarkets and dine in restaurants outside Rosemary Beach.

Accommodations Our three story “cottage” on South Turtle Lane had four comfortable and bright bedrooms; four and a half bathrooms; porches on every floor; a spacious kitchen/dining room/living room area on the second floor with a partial view of the water. A beach facing master suite occupied the top part of the house and also offered a partial view of the gulf. The master bathroom featured double sinks, a separate water closet, a Jacuzzi bathtub and separate shower.

The kitchen was fully equipped with a refrigerator/freezer, microwave and conventional ovens, dishwasher and an adjacent laundry room. The ground floor had a small inner porch and a small courtyard in the back.

The décor was contemporary with light colors. The furniture was comfortable and inviting. Wood accents and other natural materials gave the impression of quality and durability. Rydquist Cottage was spotlessly clean from top to bottom and looked new.

Swimming Pools Five swimming pools. The Sky Pool, located between the fitness center and tennis courts, was our favorite for exercise.

Other The average density in the 480-lot Rosemary Beach was 5.5 units per acre. Rental cottages, including a handful of beachfront homes, ranged from 400 to 5,000 square feet.. Weekly rates ranged between $1,200 and $10,000. Rentals included a mid-week cleaning service, linens and Aveda toiletries.

The wide beach was adjacent to large sea oat covered sand dunes, which provided a protective buffer between the community and the beach. Though individual homes were custom built to their owner’s specification, construction in Rosemary Beach was subject to specific architectural and stylistic restrictions. For example, all gulf front homes were built behind the coastal construction control line; and only native plants were allowed in exterior areas of the neighborhood.

The gulf beach was wide, clean and peppered with few small sea shells. Walking was pleasant and the turquoise water inviting. Beach goers were able to rent umbrellas and beach chairs from an authorized vendor.

A number of home owners had pets. Provided they had a permit, pets were allowed on the beach at dawn and dusk. A few rental properties welcomed pets.

Would You Visit Again Yes 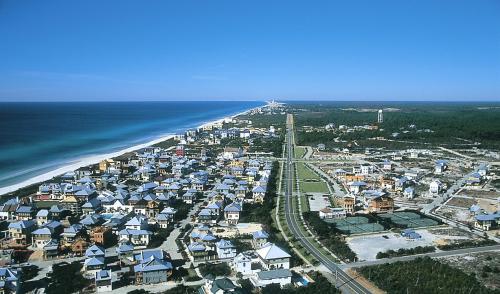