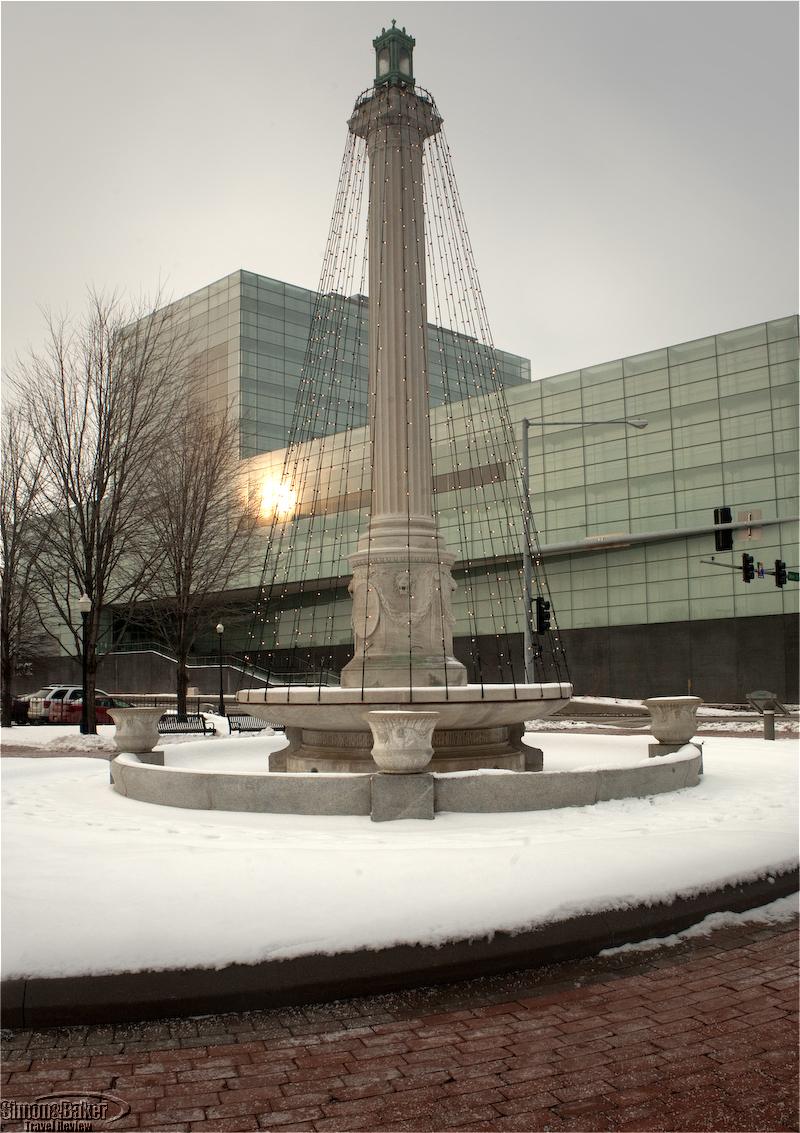 This was an outstanding area for bald eagle sightings.


Overall Impression The Quad Cities, Davenport and Bettendorf in Iowa as well as Moline and Rock Island Illinois in the United States, have a combined population of around 379,000. The area is considered one of the top four viewing locations for the bald eagle (Haliaeetus leucocephalus), a bird of prey found in North America and the symbol of the United States as well as its national bird. We traveled there to see bald eagles. We met many friendly and interesting people while in the Quad Cities and saw over 200 wild bald eagles. During our stay, we visited several excellent restaurants, historic sites, shopping areas and an art museum.

One important feature of this area are the locks and dams created and operated by the United States Army Corps of Engineers to enhance riverboat navigation on the Mississippi River. They are very important to the eagles because the ice is broken up just past the dams by the moving water. This open water is where stunned fish can be found as food sources for the eagles. The eagles gather up just past these dams in large numbers during the winter months of December through March where they can be seen diving and scooping up fish with their talons from the water.

We stayed in the Blackhawk Hotel located in downtown Davenport Iowa near the riverfront. This beautiful historic hotel was originally opened in 1915 and was renovated in December 2010. During our stay in the Quad Cities, we visited several restaurants with excellent food and service and we sampled beef and bison steaks and walleye (a fresh water fish), local favorites. This was an outstanding area for bald eagle sightings.

Cost Of Visiting We found prices in this area to be very reasonable. The Midwest has a reputation for having some of the most reasonable prices in the country and we found that the Quad Cities was no exception.

Money Issues Banks and ATMs were readily available in the area.

Transportation We drove our car around the area. The layout of the city and the points of interest were easy to find easy and reach.

Facilities There were hotels, restaurants, shops, banks, international airport, art museum, hospitals and all the types of facilities found in most large cities.

Shopping And Souvenirs We visited the Woodlands Gallery featuring wildlife art prints of paintings of bald eagles located in East Davenport, Iowa along the riverfront.

On our first day in the Quad Cities we visited Arsenal Island (a United States identification is required for entry). On our drive into Arsenal Island we spotted a national cemetery, a historic confederate cemetery, and the Davenport House before arriving at the visitors center. At the visitors center we met a member of the U.S. Army Corps of Engineers who gave us a tour of the Clock Tower next to the visitors center. The Clock Tower, listed on the National Register of Historic Places, was completed in 1867 and has four twelve foot diameter faces with hands of 5 and 6 feet long and a 3,500 pound bell. The tower itself is 117 feet tall and twenty five feet square. This old building was originally a storehouse for holding materials. Now in addition to being a historic site which can be toured by visitors the tower also houses some U.S. Army Corps of Engineers offices.

We met with a local naturalist who took us on an Eagle Safari. During our Safari we learned many interesting facts about the eagles and viewed eagles using spotting scopes ranging from a x15 to x45 zoom magnification. We watched eagles with the spotting scopes and took pictures from the warmth of a car. On the Eagle Safaris tour, we saw a mixture of fully mature eagles and juveniles and were able to get within 25 yards of the birds.

Lock and Dam #14 is located on the Mississippi River in LeClaire Iowa, just off Highway 67 and just South of Interstate 80 and approximately 10 miles from our hotel by car. At Lock and Dam #14 there is an Army Corps of Engineers project office and a viewing area for the public with parking and restrooms. This location appeared to be very popular with bird watchers and photographers. They lined the viewing area with cameras and viewing scopes. We found a spot in the viewing area where we could watch the eagles launch from the trees and swoop into the water and catch fish 25 yards from where we were standing. In all of our years of eagle watching this was one of the most amazing sites we have ever witnessed at such a close distance. 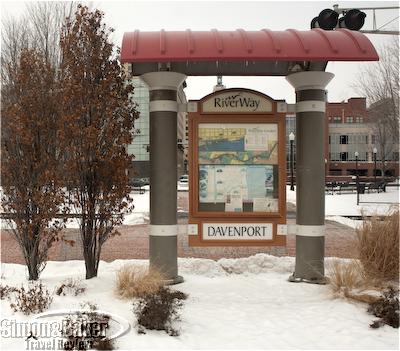 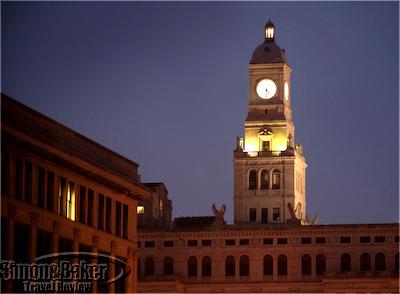 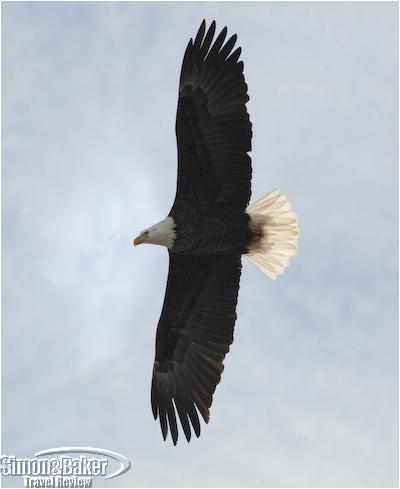 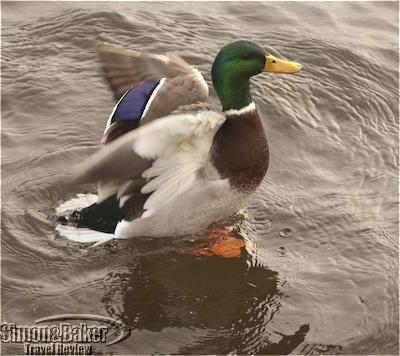 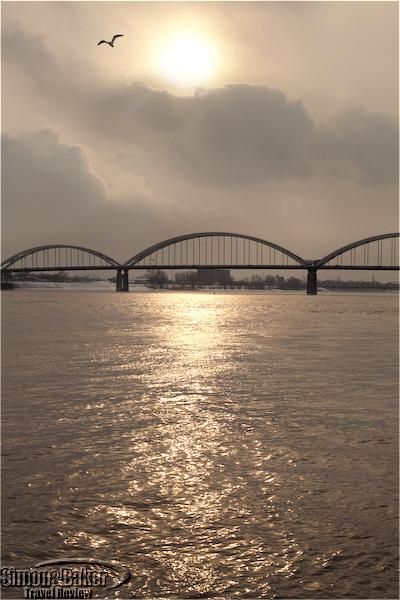 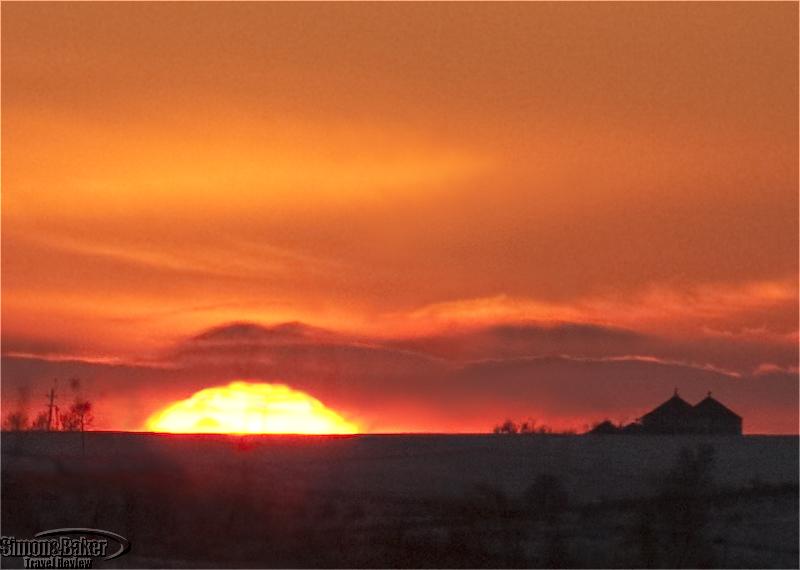