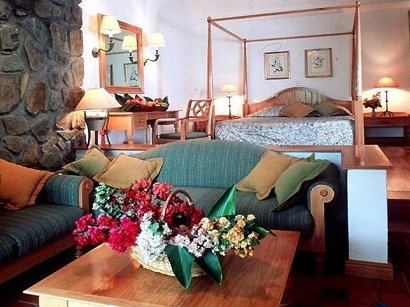 If we had to go to the Seychelles again for some reason, this hotel would be an acceptable place to stay.


We understand the property was converted to a Kempinski resort after 2008.
Overall Impression The Seychelles are pretty islands with tropical weather and landscapes. Compared with destinations such as the Caribbean or the Maldives, the Seychelles was disappointing. Compared with other properties we visited, the Plantation Club was decent. By worldwide standards, we found it wanting. If we had to go to the Seychelles again for some reason, this hotel would be an acceptable place to stay.
Class Of Accommodation Five Stars

Length Of Stay One week

Restaurants The main restaurant only served buffet meals. Compared to meals we had elsewhere in the Seychelles, the quality was reasonable (breakfast and dinner were included in our room rate). Compared with food on other similar island properties, it was substandard. We found the staff to be surly or indifferent at best. Another formal a la carte dining room (by reservations only) was available. We did not sample it. During the day, there were some snacks available at the Coco de Mer restaurant near the pool. The prices were comparable to islands everywhere, with decent snack food, hamburgers, fries, etc.

Size 200 rooms, including four executive and one presidential suite

Lobby And Common Areas :Tropical resort décor characterized the open reception and common areas. There were handcrafted wood and custom made features. The property and its furnishings looked worn.
Bathrooms At first glance the bathroom looked good. Later we discovered the bidet leaked. The shower was stained and the water has tepid rather than hot. The lighting was dim.
Rooms Though the hotel sits on a beachfront property, the rooms are a distance from the beach. The second room (see check-in for more on the first room) they assigned to us was much closer to the reception area and main parts of the hotel. Though it was smaller, less airy, and darker than the first room and only had a view of the lawn and lagoon, it was newer and nicer looking. We could never get rid of a slight musty odor. The room included a small porch with one lounge chair. The air conditioning just barely cooled the room. A sofa and lounge chair was included in a small sunken area along with a TV for a mini-suite feel. The closets were ample, including a safe and there was a small mini-bar refrigerator.
Amenities The bathroom amenities were adequate, although not restocked daily. Bottled water was provided in the room daily (one bottle).

Pool And-Or Beach While we were there, the beach almost disappeared during high tide. During low tide, there was a small stretch of beach though there are no lounge chairs, umbrellas or beachside service. The water rough to swim in was not fit for children (no lifeguards on duty) and there were lots of sea urchins. The pool was large and crowded since hardly anyway was at the beach.

Watersports Diving: PADI dive center, small boat, granitic island resulted in scattered sea life. The dive center was onsite, but a separate operation from the resort, requiring payment as services were rendered. It was the type of operation where we had to carry our own tanks to the tiny boat from the beach and only offered basic equipment. They had oxygen on board and were PADI certified. Though there is no reef, there were lots of lionfish, the occasional octopus, and a few sharks about to make it interesting. There were tons of sea urchins everywhere, including the beach.

There were some tiny sailboats and a few water toys, but almost nobody went into the water. To get beach towels we had to use a coupon system. At least once they ran out of towels and we waited for about twenty minutes for more to arrive. If the towels were not returned, there was a substantial charge.

Spa: The spa area was not well ventilated and seemed to be poorly run. After looking it over, we chose not to try the facility.

Other The hotel was a 45 minutes drive from the capital city of Victoria. Visiting almost every other attraction on the island required a significant drive from the hotel. Unless we rented a car or took a tour, all we would have seen of Mahe was the hotel. Compared to other staff and facilities we encountered in the Seychelles, the Plantation Club was superior. Compared to a five star in the Caribbean or elsewhere, the service, facilities and food were expensive and disappointing.
Check-In-Check-Out Process Ease : Check-in was laborious as the first room we were assigned had several problems including being about three city blocks distance from the reception area (we had to walk with our luggage). Though it had a view of the ocean it also had a broken main light switch, a loudly creaky bed and a general dilapidated appearance.

Checkout had an unpleasant surprise. The rate for the room was in dollars, which were then converted at a poor exchange rate to local currency, but had to be settled in dollars, requiring yet another conversion. This little shell game cost an estimated additional $100.

Ease Of Reserving A Room We had actually made a reservation at another property that was uninhabitable by our standards when we arrived. The local U.S. representative reserved a room at the Plantation Club on our behalf.

Would You Stay Again? No 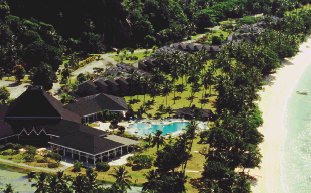