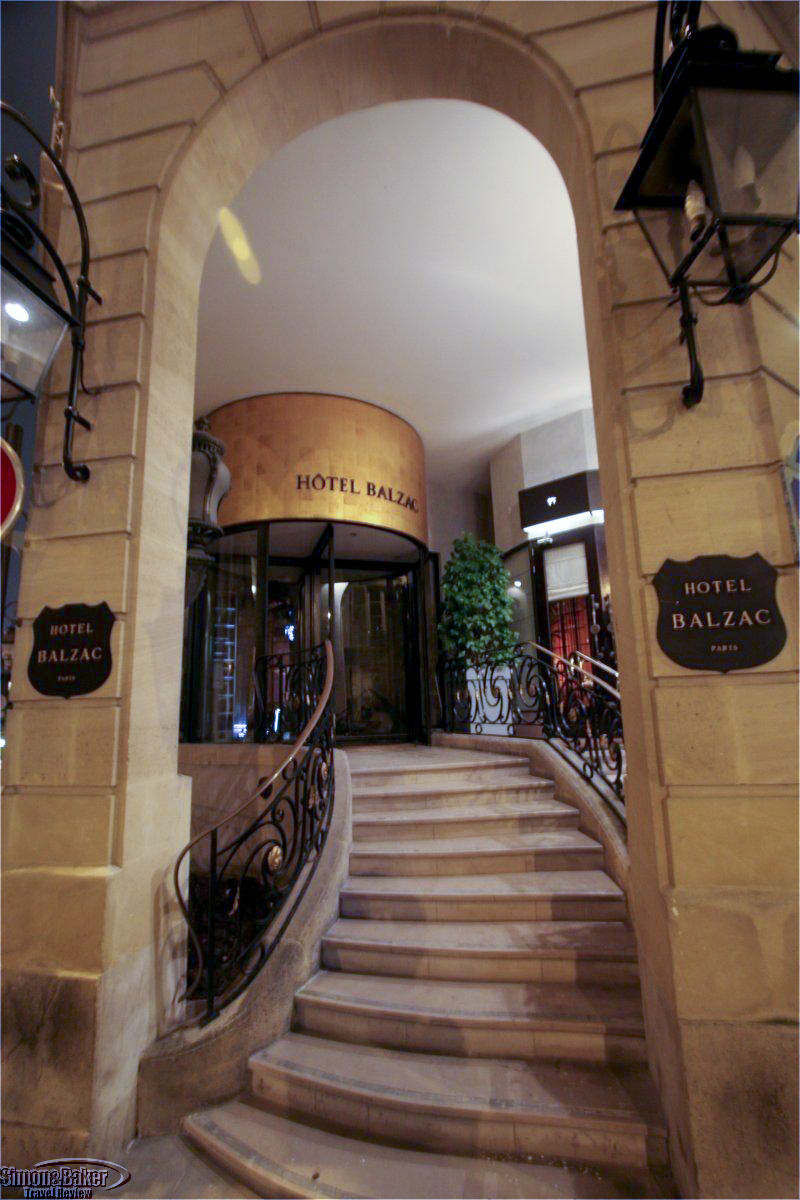 Pierre Gagnaire and his talented staff have the secret formula.


Overall Impression We found Pierre Gagnaire’s signature restaurant tucked in a corner of the empty Belle Époque Hotel Balzac, on a quiet side street a stone’s throw from the Champs Elysees. Although there was no sign or number to indicate we had the correct address and from the outside the building looked empty, on closer inspection we discovered a promotional flyer for the restaurant in a display case.

Even though we were early, as soon as we opened the door a polite young man beckoned us indoors. We were invited to have a seat near the bar for a few minutes while the staff readied the dining area for guests.

The chef was king at the juxtaposition of flavors. He accomplished this with an artistic flair and technical precision; while maintaining the integrity of individual flavors without allowing any one spice or taste to overstate its presence.

Service was extraordinary. Attentive staff looked after us with hawk like efficiency and courtly discretion. They responded to our every request politely and with alacrity.

Although Pierre Gagnaire was not there during our visit (he oversees two other restaurants in Asia), toward the end of our meal we were kindly invited to meet the chef de cuisine and see the kitchen. We enjoyed walking around and carefully observing the flurry of activity in the inner sanctum while the staff showed off their domain with slightly concealed pleasure.

Dinner at Le Balzac was elegant and refined in service, style and meal. Dishes were complex and multilayered with an emphasis on fish and seafood. The seven course tasting menu we sampled was a seafood lover’s temptation. Le Balzac’s well earned reputation as one of the best restaurants in France might have made the staff haughty but that was not the case. They were friendly, polite, consummate professionals and infinitely proud to welcome us to their culinary home for the night. That in the end, in addition to marvelous food, is one of the keys to a memorable meal. Pierre Gagnaire and his talented staff have the secret formula.

About The Executive Chef Born in Apinac, France, Pierre Gagnaire was commis at the Intercontinental Hotel by the age of 23. Later he worked at Lucas Carton briefly before traveling for a while. In 1976, he returned to his father’s restaurant in Saint Etienne. In 1980, he opened his own restaurant in Saint Etienne, France. In 1986 his restaurant was recognized by the Michelin reviewers and he was awarded a second star. Although he received the highly coveted third star in 1993, by 1996 he decided to leave everything and move to Paris. Two years later his Paris restaurant received the coveted three Michelin stars. After that his international renown expanded. He published his second cookbook, Sucré-Salé , before launching a second restaurant in Paris as well as restaurants in Tokyo, Japan and most recently Hong Kong.

Handicapped Access Several steps led to the hotel entrance. Once inside the restaurant, it was necessary to negotiate a handful of steps to access the sunken dining room. The biggest challenge was the spiral staircase that led to the bathrooms in the basement.

Location On a small side street in the ritzy 8 arrondisement

Opened-Renovated The most recent renovation was in 2004

Size The restaurant could accommodate a maximum of 50 guests and occupied 150 square meters of space. There were 45 staff.

DÉCor-Ambiance The modern and open design of the dining room was by Michèle Halard.. Silverware and dinnerware was by Ercuis Raynaud and Bernardaud DMD. We liked the dining room. It was comfortable and elegant with a homey touch. The circumspect décor allowed us to concentrate our senses on the savory aspects of the meal.
Cellars Wine And Alcoholic Beverages There were 300 types of wine and 50 alcoholic beverage selections. Prices seemed reasonable, especially for an establishment of such high caliber.

Special Menus The restaurant offered a lunch ” Menu du marché ” featuring three dishes and desserts for 95 €. There was also a tasting menu “Menu Degustation” available at lunch and dinner. It consisted of seven dishes, three cheese courses and six desserts for 245 €.

Service Affable staff replenished our glasses and removed dishes with minimum intrusion. Likewise they replaced empty bottles with fresh ones and inquired if all was well on the odd occasion a dish remained half full.

Would You Dine There Again-Recommend It ? Yes 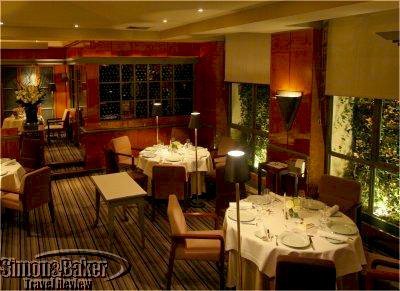 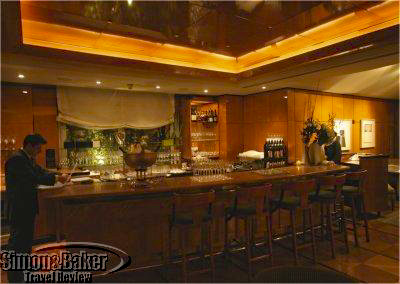 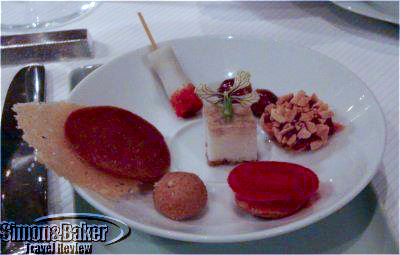 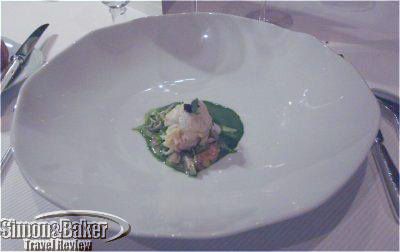 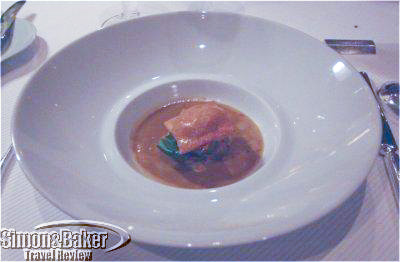 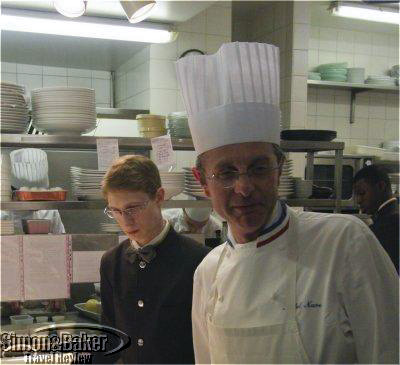 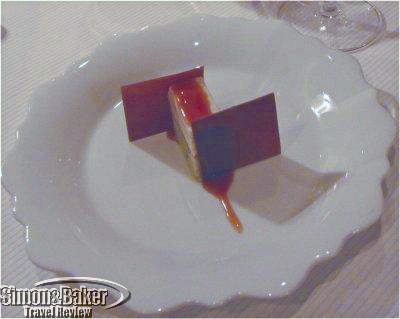