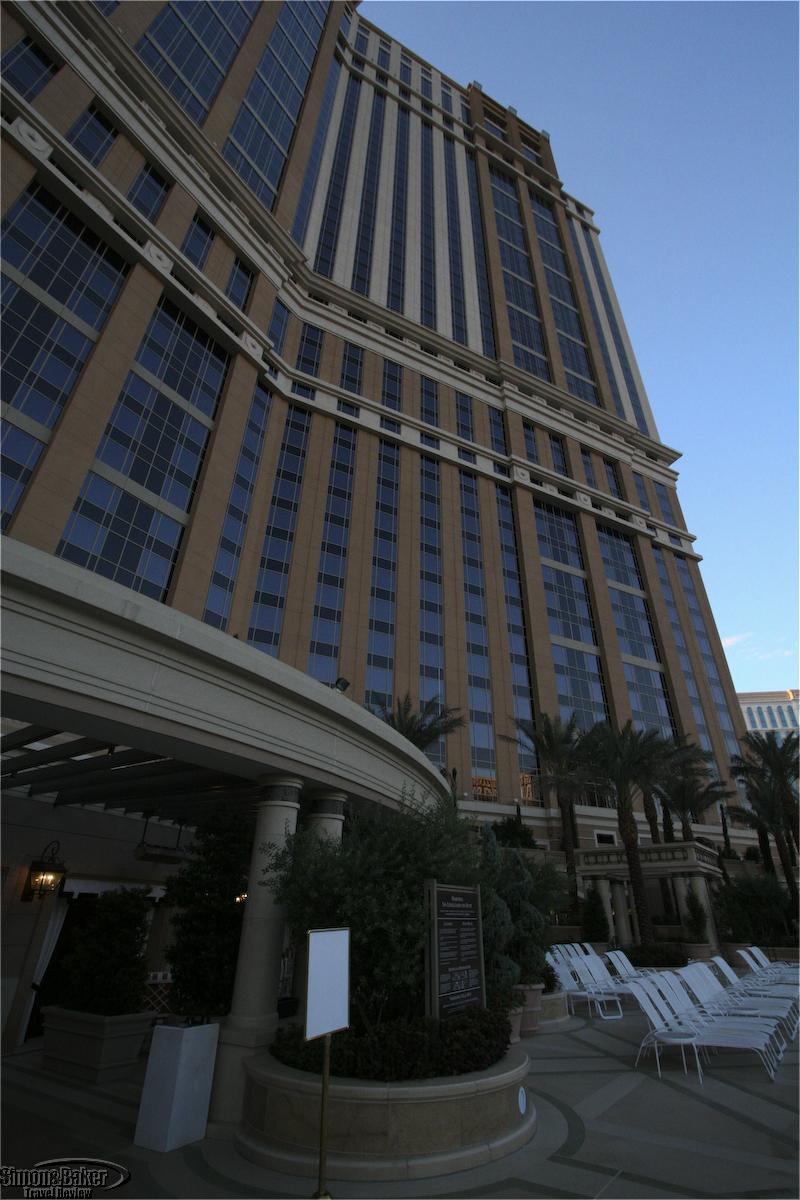 The hotel was conveniently located within walking distance of most of the Strip attractions and restaurants, and the suite size made it especially pleasant for an extended stay.


Overall Impression One of the features we most liked about The Palazzo, an all-suite resort that opened its doors at the end of 2007, in addition to the hotel’s Las Vegas Strip location, was our spacious and handsome suite. Our new looking suite in one of the lower floors had a sunken living room separated from the sleeping area by three steps and half a wall.

The bathroom was extra-large with Italian marble as well as a glass enclosed shower and separate bathtub. Other luxury features we liked included remote-controlled Roman shades and curtains, as well as a work corner with a copier and fax machine. The hotel was conveniently located within walking distance of most of the Strip attractions and restaurants, and the suite size made it especially pleasant for an extended stay.

Connectivity The hotel offered in suite Internet access for a daily fee ($10 per guest). It was possible to connect using an Ethernet cable attached to the desk or a WiFi connection. The system was down for most of our stay.

Location On the Strip next to the Venetian Hotel; across the street from the Wynn Hotel on one side and Treasure Island on the other.

Lobby And Common Areas The lobby consisted of a circular area with very high ceilings, the registration area and a small concierge section. There were two restaurants nearby and a valet area as well. Escalators led to a lower level valet pick up area and a side hallway led to the casino and beyond it to the rooms and shops. The lobby had marble floors and a huge water feature. The casino and guest room floors had wall to wall carpeting.

According to property representatives the interior design was meant to be in a timeless style, “classic, contemporary and sophisticated.” There was original art throughout the property, Lalique columns on the casino floor, a cascading waterfall in the atrium area, and four 80-foot glass domes with wrought iron detailing.

Bathroom The entrance hallway and bathroom floors were of pale yellow marble with a pattern in black marble. On the left wall of the hallway across from the entrance to the bathroom was a full length mirror. It was possible to close a set of double doors to have privacy in the bathroom. To the right of the bathroom entrance there was a glass enclosed shower. Try as we might every time we showered there was a pool of water next to the shower door. Next to it there was a plastic white bathtub. The walls in the bathtub and shower were of the same pale yellow marble.

Across the room from the bathroom entrance there were twin sinks and the toiletries on a tray. The wall was double mirrored. A water closet which seemed to have no ventilation was next. I placed several bars of soap in the hope of getting rid of a pervasive odor in the water closet without success.

Suite Our east facing Standard Suite, 720 square feet big, was on the seventh floor, the first floor where guest accommodations were found. The brown and beige color theme was pleasant. There was a brown gray carpet with a pattern and the walls were beige and gray. An entrance hall led to a sleeping area with a wood framed king bed with matching night tables and identical lamps. The left side oval night table was made of dark wood and black marble. On it there was a Timex radio CD player. The right side night table was rectangular and made of dark wood as well. On it there was a wireless two line telephone. At the base of the bed there was a narrow blue settee. Across from the bed there was a dresser, also in wood, with glasses and a small ice bucket. Above it a flat screen LG television was mounted on the wall.

Two black marble steps led to a slightly sunken living area. The living and sleeping areas were open except for demi-wall with a matching black marble top. The living area faced large windows. It was populated by a sectional gold velour sofa, a metal and marble side table, a beige metal coffee table, and a dining table set for three in wood with a circular modern wood and plastic oriental design hanging lamp. Opposite the dining table in the corner there was a desk facing the room. The desk was home to a lamp, a two line telephone, and a fax machine. An oversize mirror that nearly reached the ceiling was mounted on the wall next to the desk. Across the room from the sofa there was a wood entertainment center with an LG television and a mini bar with beverages and snacks. Framed signed artwork hung on the walls in both rooms. There were soothing recessed lights and for sunlight we kept the curtain open during the day.

We liked the remote control curtains (inner and outer). Thick green curtains allowed us to steep the room in darkness when the sun was too bright and gauzy white curtains provided privacy from the neighboring Wynn Hotel and the city beyond it.

Although we were in a non smoking floor there was a strong odor of cigarettes in the hallway. When we asked the cleaning lady she said a cigar aficionado convention was taking place and the guests in the room next to ours had been smoking in their room. She was trying to deodorize it.

Facilities In addition to the casino, the hotel was home to Canyon Ranch SpaClub, The Shoppes at The Palazzo, Lamborghini Las Vegas, The Pools at The Palazzo, Wolfgang Puck, Emeril Lagasse, Charlie Trotter and Mario Batali restaurants. The neighboring Venetian Hotel area, owned by the same company, was accessible to Palazzo guests willing to walk the distance via walkways.

Fitness Center And Spa There was a third party spa and fitness center on site. Hotel guests were allowed to use the facilities for a $35 per person per day fee.

Pool We found a single pool area for use by all 3,066 suite guests. We saw many lounge chairs (no umbrellas) closely set around and inside the shallow parts of the pool. According to the attendant, the only shade was to be found by moving one of the lounge chairs to a shady area next to the building.

Other There was ample complimentary parking availability in the hotel parking garage which was accessible from the casino elevators. Valet parking was also available. Group transport or limousine pick up was rather confusing and unpleasant when we were there. There was an official pick up area underground with numbered parking bays where transport services could pick up hotel guests. Unfortunately, there was a foul odor of garbage whenever we were there. Commercial transport drivers and limos were unwelcome at the main entrance one driver explained after we waited at the wrong place and nearly missed each other. A secondary covered area for guest pick up was available but once again we nearly missed our driver.

It was necessary to show our room key to access the elevator to our suite.

Check-In-Check-Out Process Ease There was a huge check in line when we went to pick up our keys in the early afternoon the day we checked in. Fortunately, because we had an early morning activity we had arrived very early that morning and checked in. Although our room was not available, we were able to complete the check-in process and pick up our keys at a separate much shorter line later in the day. 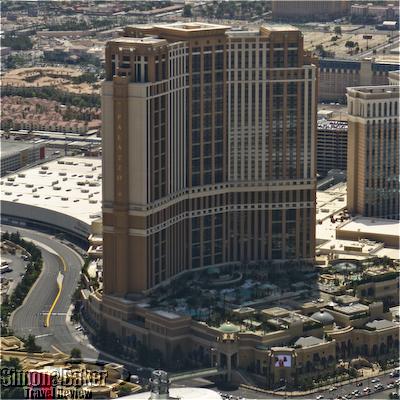 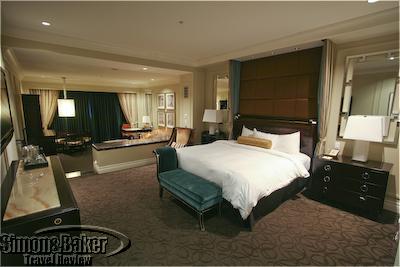 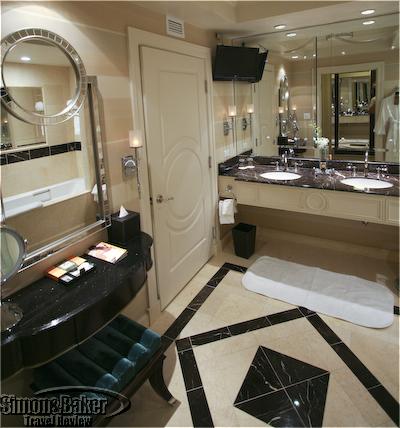 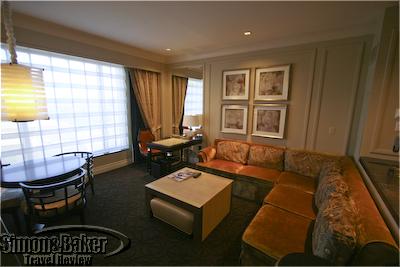 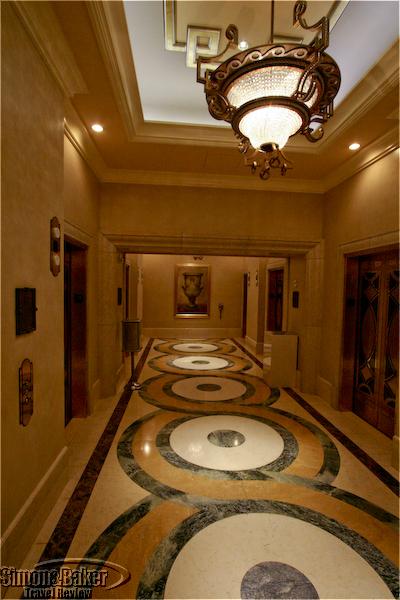 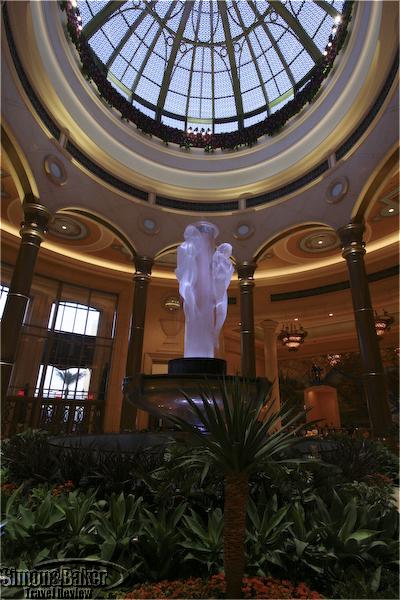