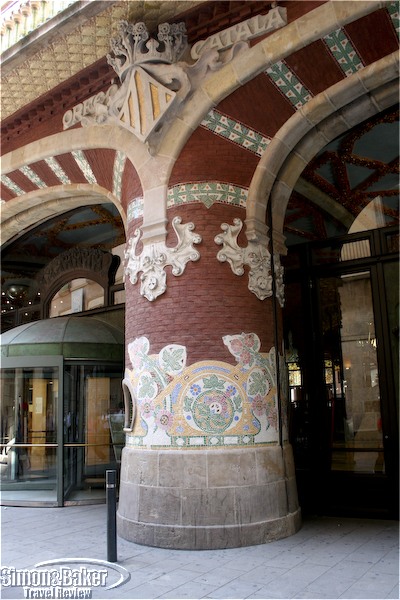 The next time I am in Barcelona I plan to attend another concert at the Palau de la Música Catalana.


Overall Impression This striking music hall, built between 1905 and 1908 as the headquarters of the Orfeó Català, a nonprofit organization dedicated to the promotion of Catalan culture, had more than a century of history when I first attended a sold out concert there on a cool spring evening during a week long visit to Barcelona. It was love at first sight.

With seating for 2,100 the Palau, the only Modernist UNESCO World Heritage Building (since 1997), was intimate yet large enough to be self sustaining as a concert venue. It offered a serious reverence for the music it hosted within a warm, playful and art filled setting. The diverse cross section of visitors and concert goers I saw that day was evidence of its broad appeal.

Three hundred concerts were held at the Palau annually and nearly 200,000 curious people toured its facilities during the day. In addition to attending an evening concert, I indulged my curiosity with a daytime tour. I was rewarded for my efforts with the opportunity to explore the theater’s main hall somewhat at my leisure (compared to the limitations existent during a full concert hall). The tour and concert experience confirmed my first impression: that the theater was a special place even within a city that seemed enamored with art and architectural design. The next time I am in Barcelona I plan to attend another concert at the Palau de la Música Catalana.

Established The Palau was built between 1905 and 1908 under the supervision of Luís Domenech i Montaner, an architect, with funding from private donations. In 2004, the most recent renovation took place. At that time the Petit Palau, Plaza del Palau and Restaurante El Mirador were added.

Handicapped Access The Palau welcomed attendees with handicaps. Handicapped access was via C/ Palau de la Música, 4-6. The staff recommended that handicapped visitors contact the venue in advance at + 34 902 442 882.

Location The concert hall is in Ciutat Vella, the city’s historic quarter.

Owned-Managed The Palau de la Música Catalana was owned by Orfeó Català, a one hundred year old nonprofit association dedicated to the promotion of Catalan culture, especially music and in particular choral music. Beginning in February 2011 the general manager of the Palau was Joan Oller.

Size The 14,749 square meter property housed a ten story structure, seven stories above ground and three basement levels. It had seating for 2,146 people in the main hall and 538 in the Petit Palau. One hundred twenty staff worked at the Palau.

Transportation A taxi was the best way to reach the theater. Public transportation options included buses and the subway. It was possible to take bus lines 17, 19, 40 and 45 and metro lines I and IV stopping at the Urquinaona Station.

Description The Palau Plaza, an open area immediately in front of the entrance to the theater, was elegant in its simplicity. It was established between 1983 and 2004, the object of renovations and improvements by Oscar Tusquets, an architect, that restored the original structure and showcased the 1906 facade with the clever addition of glass walls in front of the building.

The rectangular building, equal in height and width, was set around a semicircular stage and characterized by a fantasy ode to nature decorative style. Inside the main hall a glance upward revealed a striking stained glass skylight in the form of an inverted dome featuring a sun and forty women’s faces. The other side of the main hall adjacent to the main facade was dedicated to Luís Millet, founder of the Orfeó Catalá. The two story tall area, thought simple by comparison to the main section, stood out thanks to its large stained glass windows with floral motifs. Through the windows it was possible to see the 14 columns, each with distinctive floral decorations, of the building facade.

The skylight, ceramic mosaics and large side windows filled the room with light. Noteworthy were eccentric lamps, columns with floral motifs, music themed sculptures, the work of Dídac Masana and Pau Gargallo, and music muses set atop red mosaic, the work of Eusebi Arnau and Lluís Bru respectively. The entrance foyer housed a cafe and bar and highlighted open brickwork, ceramic accents on the ceiling and the original design by Domenech i Montaner.

Food And Restaurant The El Mirador restaurant was just outside the main entrance and there was a cafe in the lobby; both owned by the Palau.
Tours The Palau offered daily tours of the main hall and occasional tours of other areas.
Concert The concert I attended was with the Deutsche Kammerphillarmonie from Bremen, Germany led by Josep Pons and with Frank Peters Zimmermann as the lead violinist. The two part concert which began at 8:30 p.m. was superb. It consisted of Part I: Nocturn de Tres epigrames per a orquestra by Benet Casablancas (1956) and Concert per a violí I orquesta, en Re major, op. 61 by Ludwig van Beethoven (1770-1827); and Part II: Simfonia núm. 8, en Sol major, op 88 by Antonin Dvorak (1841-1904).
Month And Date Of Visit May 2011 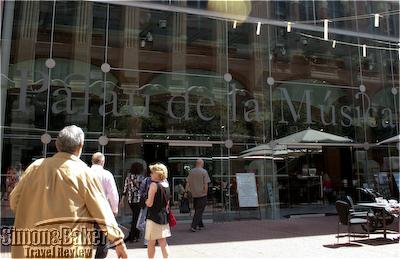 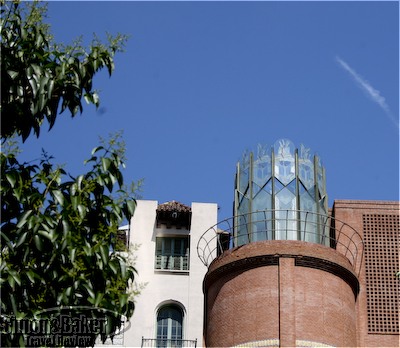 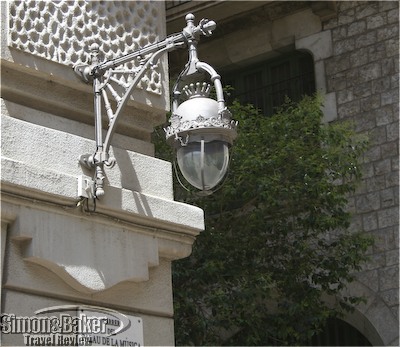 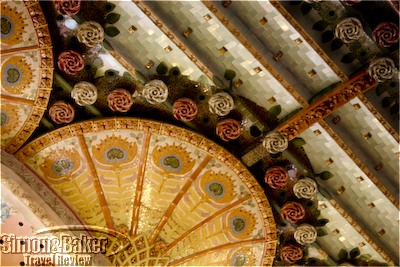 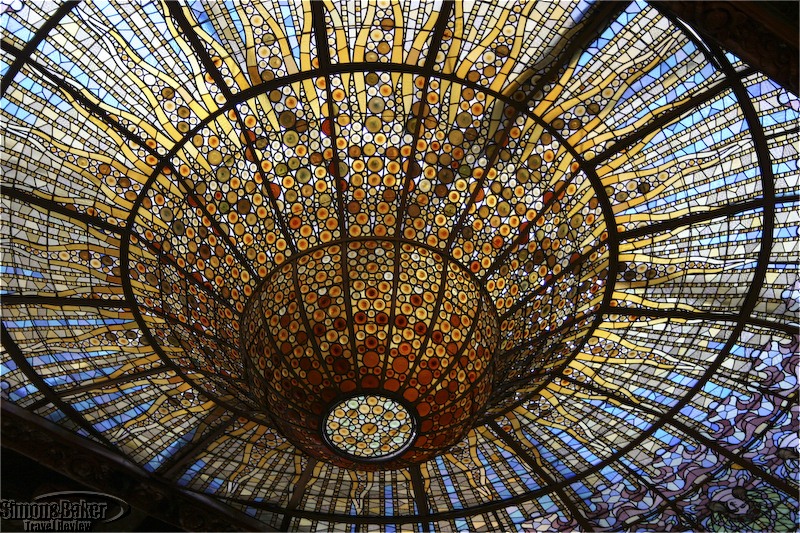