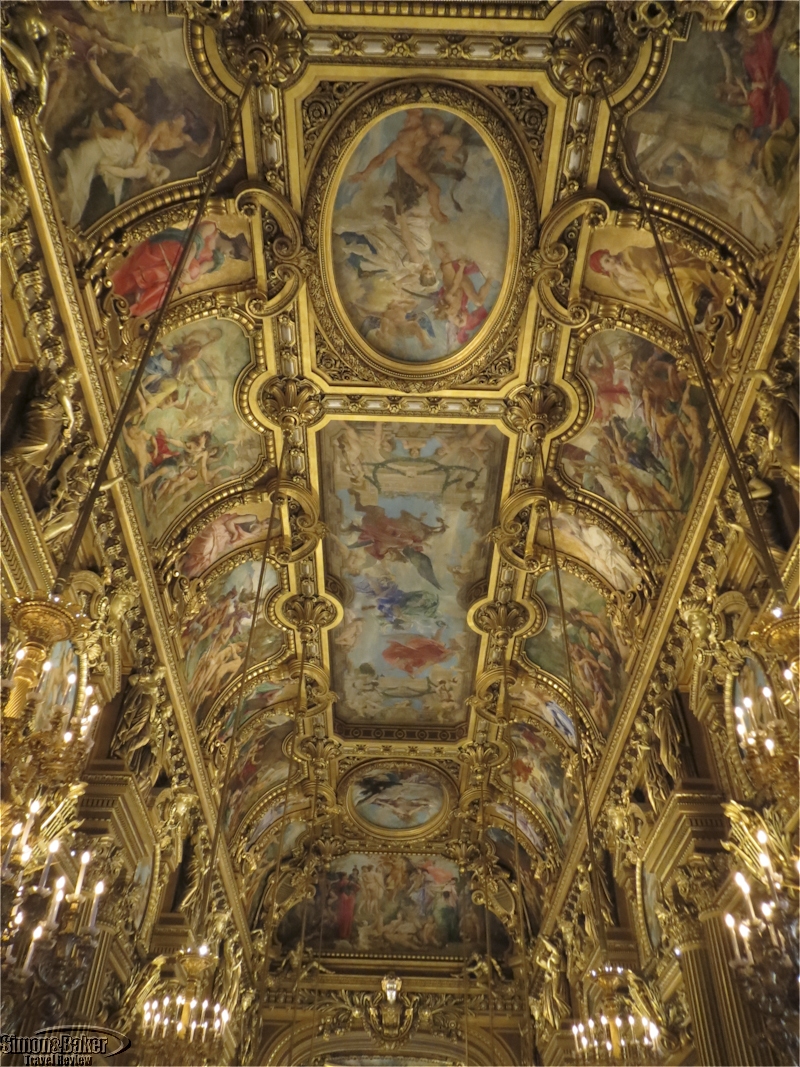 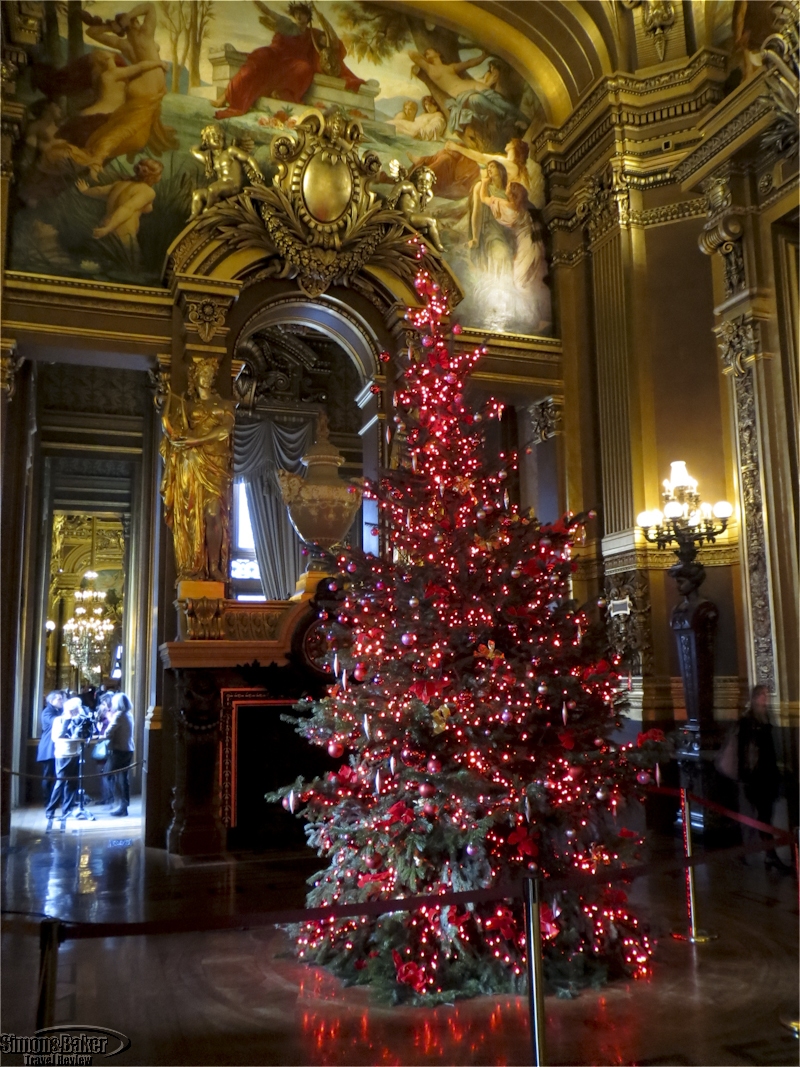 We liked the performing arts performance at the Palais Garnier in general and appreciated the beauty of the building in spite of some of the disappointing aspects of our experience.


Overall Impression The historic building alone would have been worth a special trip in a city filled with art treasures and historic buildings. Attending a musical performance of La Cenerentola there was a memorable experience worth repeating. It seemed that much extra special because the venue hosted more ballets than operas on an annual basis. There were nine ballets and six operas in the 2012 to 2013 season and fourteen ballets and six operas were planned for the following year.

A number of aspects of the experience were less than we expected from such an iconic property. For example, the cashier was unable to accept any of our United States credit cards and we were forced to pay in cash or forgo our seats. Dozens of people, many foreign language speakers, stood in line at the building entrances where staff answered questions in a curt and impatient manner in broken English. In spite of those moments I was glad we attended and would return to the venue for a future musical performance.

We did not appreciate the limited amount of information about the venue and seating available in advance or the lack of a phone number where we could find out more about our seats, the building, and the amenities available for attendees. We liked the performing arts performance at the Palais Garnier in general and appreciated the beauty of the building in spite of some of the disappointing aspects of our experience.

Established-Renovated The Palais Garnier, designed by Charles Garnier, was established as a performance venue in 1875, when it was inaugurated. The facade was renovated in 2000. The most recent renovation of Le Grand foyer took place in 2004.

Handicapped Access There were ramps, elevators, and documents for non-seeing people in elevators, ramps and in the library-museum of the Palais Garnier (part of the Bibliothèque Nationale de France).

Location In the city’s ninth arrondissement

Number Of Employees In 2011, there were 2,118 employees at the Opera National de Paris Bastille and Garnier theaters. Of those, 1,570 were permanent employees and 548 temporary workers.

Owned-Managed The Palais Garnier is one of the two for profit theaters of the Opéra national de Paris, an EPIC (établissement public à caractère industriel et commercial) entity.

Pets Pets were not allowed in the Opera National de Paris buildings.

Transportation The theater is in the heart of the city within easy reach by public and private transport.

Description In spite of what looked like a sold out show and long lines in certain parts of the building it was a pleasure to stroll around the Grand Staircase and sumptuous foyers. The Grand Foyer was designed by Garnier, an architect, to resemble a chateau with oversize windows, mirrors, sparkling mosaics and a gold background. The Palais Garnier was the thirteenth building to house the Paris Opera. The ceiling with music history scenes was painted by Paul Baudry. I especially liked the view of avenue de l’Opera from the Grand Foyer near a copy of a bust of Garnier.

A brightly colored Marc Chagall adorned the auditorium ceiling from which an eight ton crystal chandelier hung. The Italian style horseshoe shaped room, decorated in red and gold, housed 1,900 red velvet seats. On the stage and facing the audience a painted canvas imitated a curtain draped with gold braid and pompoms.

In 2012, more than 856,000 people visited the Palais Garnier and the Opera Bastille. Twelve to thirteen percent of visitors to the two opera venus came from outside France.

Do they welcome children? The Palais Garnier welcomed children of all ages. The presentations Jeune Public of the Opera National de Paris were for children from three years of age.

Restaurant There was only one restaurant in the Palais Garnier. The space was rented to a vendor. Near the seating area there were bar vendors selling beverages including wine and Champagne and snacks during the intermission. We noticed signage for a private club area to one side of the public areas.
Souvenir Shop There was one well stocked souvenir shop within the Palais Garnier. The space was rented to a vendor who sold books, audio recordings, branded merchandise and theater related items.
Other The day of the performance, we discovered there was an additional jump seat at the end of each row in the main level. This meant the rows grew by one seat on each end, leaving almost no space in what became a single row from one side of the room to the other. It took away from the experience and made us wonder about the safety of such a seating arrangement in case the room had to be evacuated in an emergency.

It was too warm for a coat or even a heavy sweater where we were seated. The restroom and coatroom lines during the intermission were long.

Month And Date Of Visit December 2012 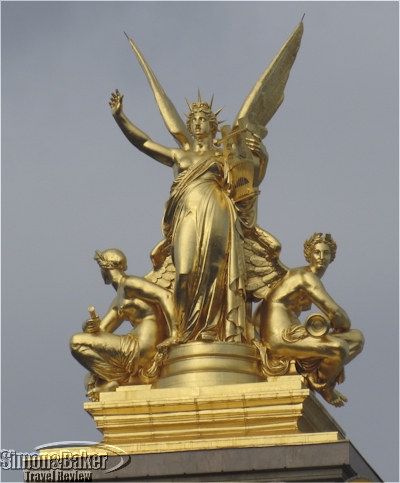 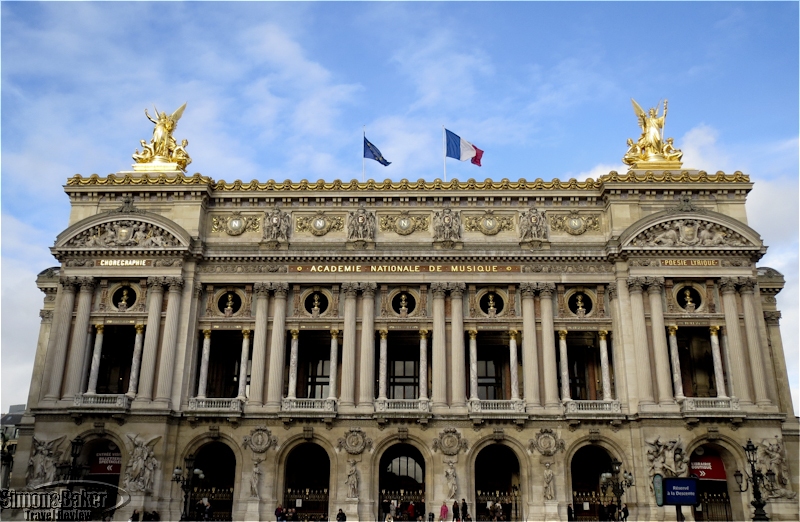 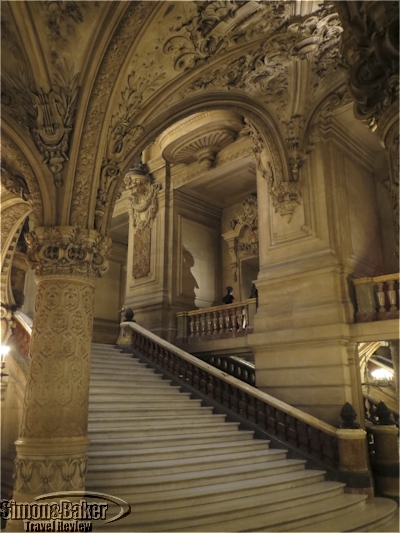 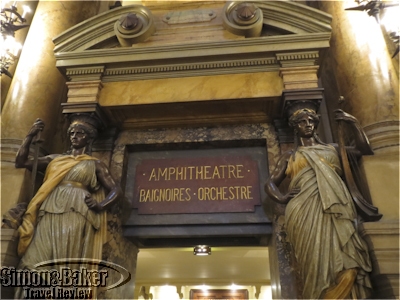 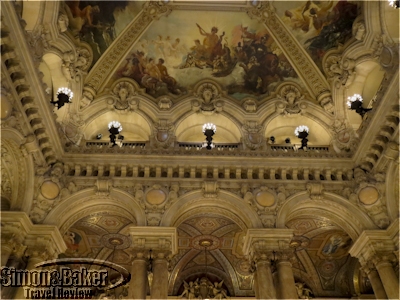 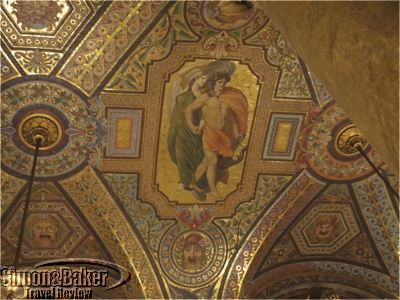 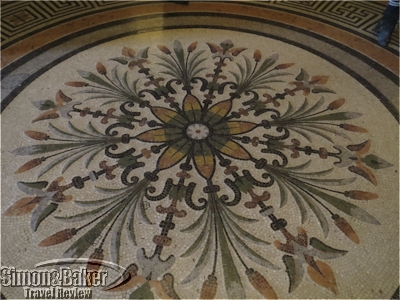 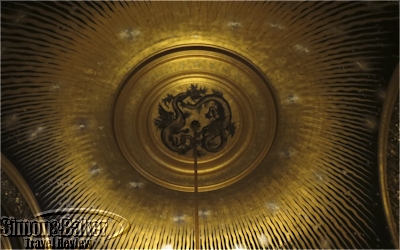 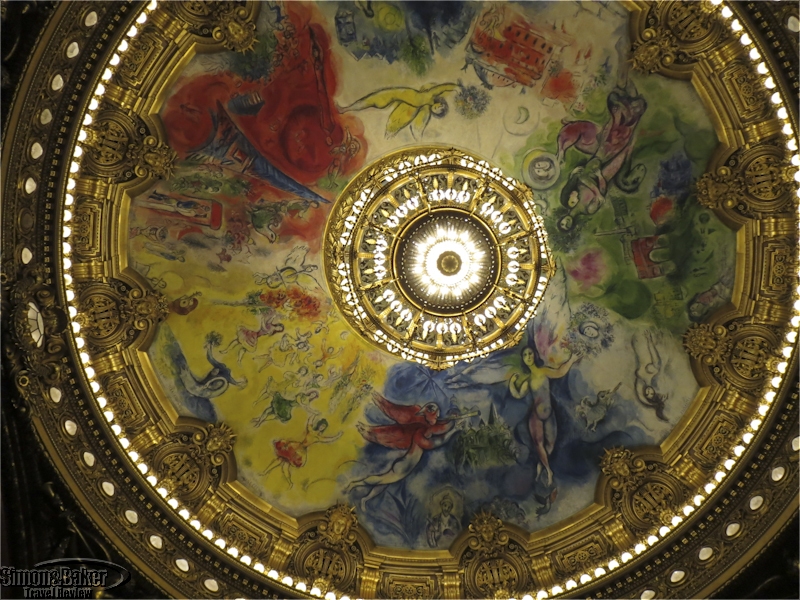