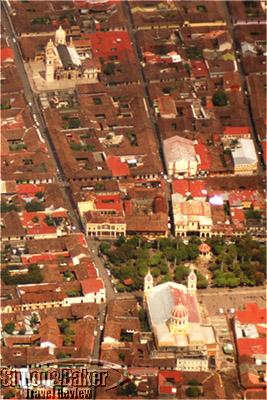 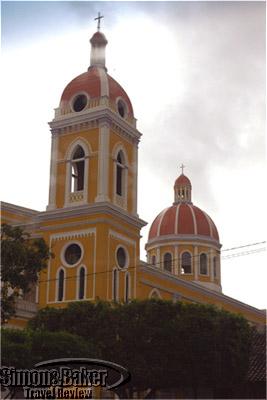 The southern Pacific area, with its stunning coastline of near-deserted sandy coves and rolling surf, seemed poised to emerge as a premier tourist destination.


Overall Impression A country rich in unspoiled natural beauty and friendly people, Nicaragua is still often overlooked by foreign visitors wary of its turbulent past. In fact, Nicaragua has been a peaceful democracy for well over a decade, and has now made the development of tourism a national priority. The country, the largest in Central America (50,000 square miles, slightly smaller than the State of New York), boasts the greatest expanse of primary rainforest north of the Amazon basin and the largest freshwater body in Central America, Lago de Nicaragua. With its abundant wildlife and spectacular scenery, Nicaragua has been thriving to capitalize on these natural assets to emulate its Costa Rican neighbor and become an eco-tourism haven. To this end, 84 nature preserves have been created, protecting more that seventeen percent of the country’s landmass.

While foreign visitors were still few and the tourism infrastructure somewhat sketchy, signs of rebirth were everywhere. Once neglected old colonial homes in residential city neighborhoods were being transformed into boutique hotels, and entire towns, such as Granada, were being restored to their colonial splendor. The southern Pacific area, with its stunning coastline of near-deserted sandy coves and rolling surf, seemed poised to emerge as a premier tourist destination.

Climate Average temperatures were in the mid-to-high eighties with fairly high humidity, as is typical in tropical regions. There are two seasons: dry (December through April) and green (May through November). Rainfall during my late-May visit consisted mainly of the occasional late-afternoon or night-time torrential downpour.

Health And Vaccinations There were no mandatory inoculations for travel to Nicaragua at the time of my visit. I followed the recommendation of the U.S. Center for Disease Control (CDC) and ascertained that my routine vaccination schedule was up to date prior to the trip. I also opted to take preventive anti-malarial medication. The need for insect repellent skin protection was minimal and usually limited to the evening hours. As always when traveling in Central America, unless otherwise indicated at a specific property, I used bottled water exclusively for drinking and oral hygiene.

How To Get There There were daily non-stop flights between Managua’s Augusto S. Sandino International Airport and the southern U.S. gateways of Atlanta, Dallas, Houston and Miami, via American, Continental and Delta Airlines. There were also direct flights from major Central American cities via local airlines such as Groupo Taca and Copa Airlines. U.S., Canadian and E.U. citizens were not required to have a visa to enter Nicaragua. I was issued a three-month tourist card on arrival; cost was $5. Departure tax was $25.

Location In the heart of Central America, Nicaragua is bordered by Honduras to the north and Costa Rica to the south, with coastlines on the Atlantic and Pacific oceans.

Money Issues Currency could be exchanged at the airport in Managua, in banks, and official foreign exchange offices in most major cities and tourist locations. ATMs were found in these same areas, and U.S. Dollars were readily accepted, as long as they were in good condition. Since change was tendered in Cordobas, I made sure to carry sufficient quantities of $1 $ 5 and $10 notes for incidental expenses. This kept to a minimum the amount of local currency I accumulated along the way. Credit cards were only reliably accepted in main tourist establishments.

Technology Electricity and running water were available in all areas visited by tourists, as was Internet connectivity. Cell phone service and television were widely available.

Transportation With the exception of the Pan American Highway, a well maintained four-lane highway that traversed the country north to south, roads were in mediocre condition at best. Secondary roads were usually unpaved. Road signs were few. I was glad that I had pre-arranged my ground transportation with the hotels and resorts. They provided me with punctual, skilled drivers with comfortable four-wheel drive vehicles at reasonable prices. In addition to road transportation, a small local airline, NatureAir, used twin-propeller, eighteen-seater planes to ensure liaisons between Granada, Nicaragua, and various destinations in Costa Rica.
Facilities Infrastructure was limited outside of urban areas. Basic necessities were available in smaller towns on a limited basis, as was first aid medical assistance. Medical facilities were limited outside of Managua and Granada.

Shopping And Souvenirs I found little shopping of note, other than hammocks. Nicaraguan hammocks are reputed as the best made and most comfortable in all of Central America.

Tourism Highlights Isla de Ometepe, a 68,000-acre island in the middle of Lago Nicaragua, was reputed for its forest, wildlife and archeological sites. Ometepe, or “two hills” in the local Nahuatl language, accurately described the dumbbell-shaped island formed by two volcano (Concepción and Maderas, respectively 5,282 feet and 4,573 feet high), connected by a broad strip of land. The island was accessible via ferry from various cities around the lake.

Granada, the oldest and one of the grandest colonial cities in Central America was a popular destination. After suffering decades of neglect during the unrest of the 1970’s and 1980’s, plus a destructive earthquake in 2000, Granada was again a vibrant city in the midst of a full scale restoration effort to preserve its architectural treasures.

Morgan’s Rock Hacienda and Ecolodge, a newly opened luxury resort in a 4000 acre private nature preserve on the Pacific coast, a two-hour drive southwest of Granada, was already gaining recognition as an exceptional place to visit. Its mile-long crescent-shaped private beach was a protected nesting ground for the giant leatherback sea turtles. 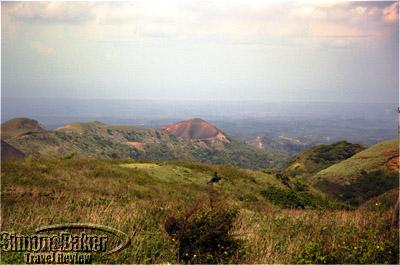 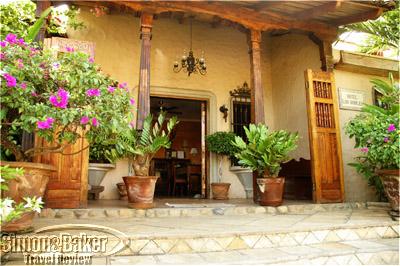