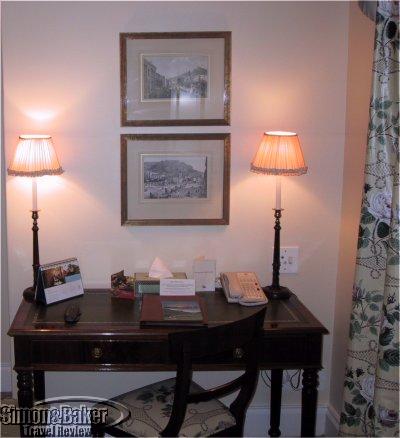 We would not recommend it to our friends and relatives.


Overall Impression For years we heard how wonderful the Mount Nelson was. We left our extraordinary waterfront accommodations early to sample the historic Mount Nelson. We need not have bothered. We found droopy, dated, and at times smelly, common areas, poor food, indifferent staff with an attitude; and a less than desirable location for our Victoria & Alfred Waterfront oriented visit.

For our money Cape Town’s oldest luxury hotel needs revamping in more ways than one. We would not recommend it to our friends and relatives.

Handicapped Access There were stairs in many of the common areas

Lobby And Common Areas Wilted and tired looking British colonial style décor. There were strong unpleasant odors in several of the common areas. Nine acre manicured gardens.
Bathroom The bathroom included a bathtub and separate shower, his and hers sinks and a W.C. The plastic floor and mildew in the shower stall were disappointing. The black and white checkered type floor was reminiscent of a bygone era.
Room The room we were assigned upon arrival was smelly and worn looking. The hallway adjacent to the room also had a strong odor, which the porter kindly informed us was due to recent painting. After three hours and multiple phone calls to our travel agency in the United States , we were finally relocated to a room that did not smell. It was necessary for us to make the phone calls on our international portable phone because the hotel would not allow collect calls and our calling card was not compatible with their system.

The highlight of the second room, a mini suite also in the main building, was a narrow balcony with a partial view of Cape Town and a front view of the hotel grounds. In addition to the room itself, there was a sitting room.

Food And Restaurants Cape Colony , an on site gourmet restaurant, the Oasis, a daily restaurant and room service. The self service buffet style breakfast was disappointing.
Amenities Complimentary bottles of water, bath robes and a blow dryer.

Conference Facilities For a maximum of 350

Other Although the Hotel website listed complimentary transfers to the V & A Waterfront until9:30 p.m. , when we arrived we discovered the shuttles were only available until5 p.m. A shuttle for train connections was mentioned on the website. When our travel agent called the Mount Nelson they did not know what she was referring to.

Cleanliness Moderate. When we visited one of the swimming pools, there were many leaves and a plastic cover had fallen in the pool. The chairs were scattered about in disorder. There were no pool attendants in sight.

Service We received some of the worst service we have ever encountered at a “five star” hotel. Most of the staff we interacted with had a condescending and starched attitude.

Would You Stay Again? No 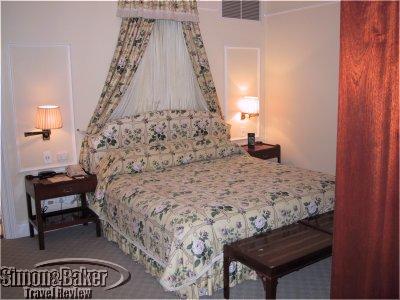 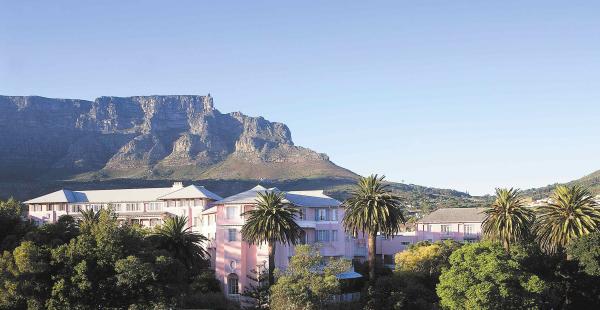