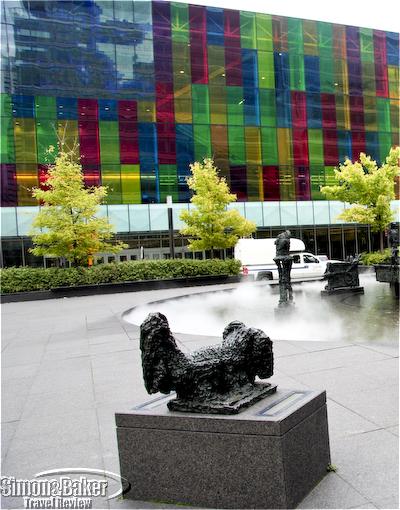 I like that it is easy to get around Montreal, also that it offers varied dining options, it is home to fine and contemporary art museums and hosts cultural and music events.


Overall Impression Montreal is the second largest city in Canada (after Toronto) and the largest city in the Province of Quebec. Located on the Island of Montreal, the city center revolves around the three peaks of Mount Royal, a 200 hectare park that was designed by Frederick Law Olmstead (also known for designing Central Park in New York). The city is easy to get around, be it on foot, by car or by bus, as the mountain acts as a compass. I am north, south, east or west of Mount Royal! Old Montreal, the historic part of the city, is located on the south end of the city near the Port of Montreal. Founded in 1642 by trench settlers, the narrow winding streets are frequently used for Old Europe in many Hollywood film productions. Visiting this part of town takes me a full day.

The restaurants and cafés are abundant. A quaint Chinatown borders the northern edge of Old Montreal and the financial district. A modern Downtown is located at the base of Mount-Royal Park. High-rises and commercial buildings are located here as well as a vibrant artistic center. The Montreal Museum of Fine Arts (MMFA), the Montreal Museum of Contemporary Art (MAC) and the McCord Museum are all within easy walking distance of each other. The Place des Arts Concert Hall is also located there as well as several above and underground shopping malls. On the north side of Mount Royal, and nestled half way up the mountain, is Saint Joseph’s Oratory, a scale replica of Saint Peter in Rome. Pilgrims flock to this site and the view from the top of the basilica is amazing.

On the east side of the mountain are located the 1976 Olympic installations, the Botanical Gardens, the Insectarium and the Biodome. These are a must see. The western top of the mountain is primarily residential and is well worth the drive. Stately homes were built there in the 19 century to escape the heat of the city. Camilien Houde Drive is the main road that cuts over the mountain and leads to the east and west look-outs. On a sunny day, Mount Royal Park is perfect for a leisurely walk around Beaver Lake or a more strenuous jog up and around the cross. In the winter, cross-country skiing, tobogganing and outdoor ice-skating are the main attractions.

I also like that Montreal is for some Canada’s cultural capital and the city of festivals. From Grand Prix racing to the Montreal International Jazz Festival, there are over 80 different festivals throughout the year. I like that it is easy to get around Montreal, also that it offers varied dining options, it is home to fine and contemporary art museums and hosts cultural and music events.

Location Located on an island in the Saint Lawrence River, Montreal is the cultural and economic center of the Province of Quebec.

Restaurants Eating well is of primary importance for Montrealers. Restaurants abound in the city. Traditional French cuisine along with many ethnic restaurants can be found in every part of the city. In the summer, dining on the terrace is a must. From the simple and delicious Parisian style café to the luxurious dining experience of a lifetime, the quest for the perfect meal is important to Quebecquers.

Transportation Within the city, there is an extensive Metro (underground subway) system. In general, I find driving in Montreal to be safe and taxis and city busses convenient. Street parking is coin operated with meter and there are parking lots in the city core. BIXI bikes are available all through downtown Montreal. Pick-up and drop-off locations are indicated on the city maps. With the swipe of a credit card and you have your bike for an hour or a day. Montreal has over 500 kilometers of bicycle paths in the city.

Shopping Major shopping centers and malls are located throughout the city. The more popular areas are Rue Laurier, Saint Denis and Sainte Catherine streets as well as Les Cours Mont Royal, Ogylvies, Holt Renfrew and La Cathédrale downtown.
Tourism Highlights The many museums are a must: Montreal Museum of Fine Arts, Musée d’Art Contemporain, Canadian Center for Architecture, the McCord Museum, the Chateau Ramezay, and the Science Center, to name a few. The Botanical Gardens, the Biodome and the Insectarium are also on our list of favourites. Park Jean Drapeau (the site of Expo 67) and the Lachine Canal are great outings on a sunny day with a BIXI bicycle. Montreal is a great city for walking and many walking tours exploring the various boroughs are available. I find a visit to the extensive underground city worthwhile. The RÉSO is a set of interconnected complexes above and underground downtown Montreal. It is one of the the largest underground complexes in the world connecting shopping malls, hotels, banks, museums, universities and commuter trains.
Useful Websiteshttp://www.tourisme-montreal.org/
Date Of Latest Visit April 2010 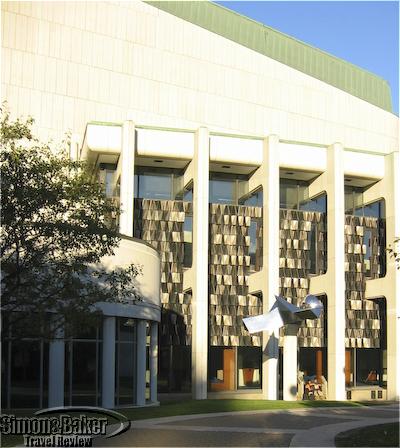 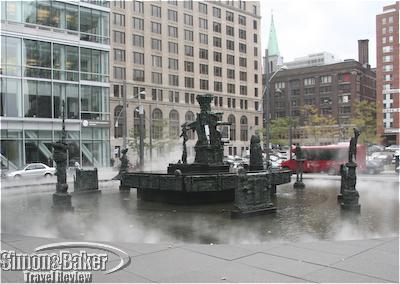 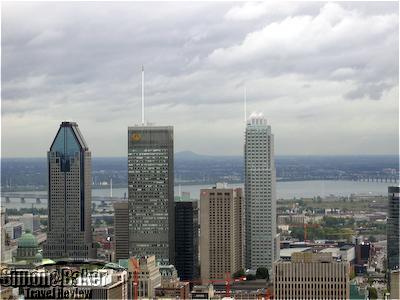 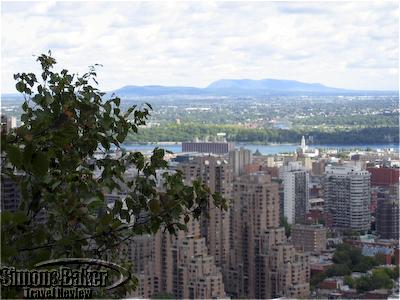