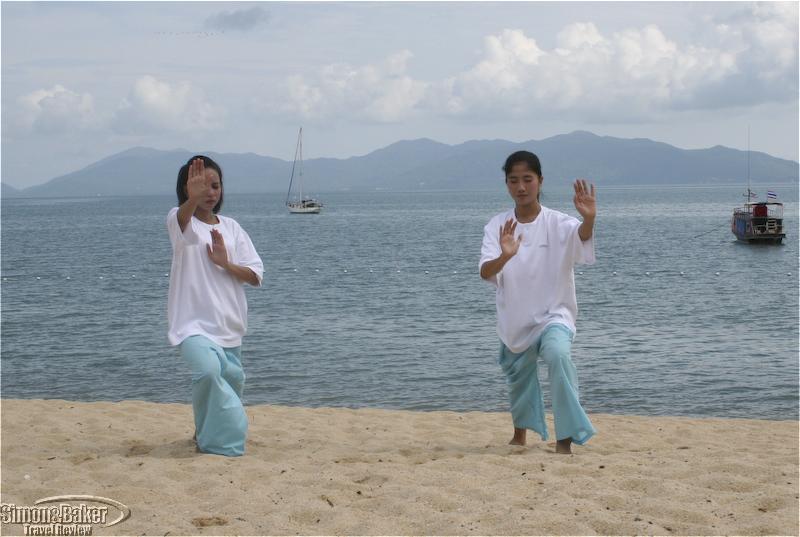 I will keep Luxsa Spa on my short list of spas to revisit in Thailand.


Overall Impression The first time I visited the Luxsa Spa I noticed the staff ladies were barefoot as was common in many places I visited in Thailand so I began removing my shoes at the door. The young lady at reception intercepted me and explained it was not necessary. Soon she was showing me around the spa and inviting me to return for a massage to help me get my visit to Koh Samui to a relaxing start. I followed her advice and with the spa manager’s help planned several treatment sessions over the course of my stay.

Named for the Sanskrit language word for healing and health through water the spa was newly opened when I visited the hotel. The staff explained that they seek to emphasize ancient Thai healing methods based on the four body elements of earth, water, air and fire. These elements, they explained, are regarded as the foundation of the whole body in Thai medicine and healing. The constant interaction of the four elements, according to Thai herbalism, gives rise to the processes of the human body and is the impetus behind physical life. Although it is normal for the elements go in and out of balance in life some believe the ideal is to keep the four elements balanced.

While I cannot speak to the elements or ancient Thai healing, I enjoyed my treatments and time at Luxsa Spa. The first thing I noticed and liked was the light filled reception with comfortable furniture as well as sense of quiet and calm at the spa. I was glad for the refresher towel I received before my first treatment and liked the yummy loose leaf chilled (before) and warm (after) herbal tea my treatments. The staff were friendly and helpful and the treatments worthwhile. I will keep Luxsa Spa on my short list of spas to revisit in Thailand.

Handicapped Access On request the staff were able to provide treatments in guest rooms.

Location On the ground floor of the Hansar Samui hotel on the northern coast of the island of Koh Samui.

Number Of Staff There were six staff working at the spa and plans to hire three more.

Owned Som Hansar (the owner of the Hansar Samui hotel)

Special Training Staff trainings were conducted internally by in house staff trainers: Kantima, the Thai spa manager with seven years of health and holistic spa experience; Ying, the Thai assistant spa manager, a graduate the from Chivasom Spa Academy; and Indra Budiman, a native of Indonesia, who had extensive experience in concept development and marketing. He had experience working with a highly rated spa in his previous post in Cambodia.

Treatment Rooms There were six treatment suites, four spacious double Spa Suites, two Thai Massage Suites and a dedicated treatment area for manicures and pedicures. There were three outdoor salas in the resort that could be used for foot massage and as relaxation terraces.

Common Areas The decorative style was meant to be chic and trendy while relying on all natural resources available in Thailand including teak furniture. There was high quality teak wood and Thai bamboo and natural Thai un-polished tiles on the wall.
Amenities The spa had the same Thai house brand of toiletries in refillable containers as the hotel. The Spa Suite included two each of face, hand, and bath towels as well as two waffle cotton bathrobes. On arrival for treatment guests were provided with fresh slippers. Towels and bathrobes were made from high quality long staple 100 percent cotton.
Other The massage oils where varied Thai blends matched to the four elements. The Water massage oil had almond and safflower oils, lavender, geranium, and benzoin essential oils. The Air blend had sunflower and rice bran oils, sweet basil, lemongrass, orange and Thai bergamot essential oils; the Fire blend was made with jojoba oil, eucalyptus, camphor, ginger, and rosemary essential oils; and the Earth massage oil had coconut and sesame oils, rosewood, ylang ylang, plai and vetiver essential oils.

The Air substances are believed to be those that have movement like respiration, digestion, excretion, motion of the limbs and joints, sexuality, and aging. Imbalance of the air element may manifest as pneumonia, cough, mucous congestion, tuberculosis, bronchitis, other respiratory infections, fainting, dizziness, and arthritis. The air element is considered to be the most important element in promoting mobility, strength, longevity, and vigor. Fire substances are those with warm or hot qualities like body temperature, circulatory system, and metabolism. Imbalance of the fire element primarily may manifest as diseases of the heart and circulatory system.

Treatments Experienced On my first visit to the spa I completed the usual questionnaire which addressed areas of concern and concentration. There were also questions about birth date, my preferences in food, seasons, and mood. The spa manager used the questionnaire to help us narrow down the selection of oil blends for the massage. There were four basic elements centered around the elements of water earth, fire and air. After smelling the massage oils I chose the earth blend.

Before my first treatment I spent about 30 minutes in the steam room. Once my body was warm the masseuse called me out from the steam room for 90 minutes of Eastern Blend massage, a light to medium massage with oil, palms and thumbs that “combined traditional Thai massage techniques to relieve sore and tired muscles and to improve and unblock blood circulation.” When I came out of the steam room the therapist asked me to sit for a moment. She washed my feet and calves with tepid water and a mild scrub before we moved to the massage table. At the beginning I lay face down and she used a cushion to raise my feet slightly. When I turned face up she covered my eyes. At the conclusion of the massage she escorted me downstairs, handing me a warm towel for my neck which felt wonderful and a cup of warm herbal tea. When it was time to leave I traded in my spa slippers for my shoes. After two hours of spa indulgence I certainly felt great.

The next day I returned to the spa for a 60 minute combo of The Detoxifying Wrap and scrub. After a few minutes in the steam room the therapist scrubbed freshly ground coffee over my body. Coffee was selected for its revitalizing caffeine and anti-cellulite properties as well as vitamins A and E believed to protect the skin against free radicals and harmful ultraviolet rays from the sun. After I showered off the coffee scrub she applied a clay wrap and left me for a few minutes. After a second shower she gently massaged in a balm which left my skin feeling soft and silky and smelled wonderful.

For my final visit in the early evening on the third day of my stay I tried the 30-minute The Stimulator massage just because I had never had a massage like that one before. This awkward and at times painful and uncomfortable treatment was designed to aid with digestive problems and to reveal how the internal organs are functioning. The concept is based on the Chinese theory that the gut is the second brain. Therapists believe the treatment releases stored tension and works at an emotional level. Although a series of treatment is recommended since I was in excellent digestive health and only on the island for a few days I had just the one session. It was followed by a 45-minute reflexology.

Reflexology is based on the ancient Chinese theory that the feet are miniature maps of a person’s entire body and so specific points on the feet correspond to all major body parts and organs. This treatment uses pressure points to systematically stimulate the nerve reflexes and potentially by extension stimulating body tissues to improve overall function and well being. 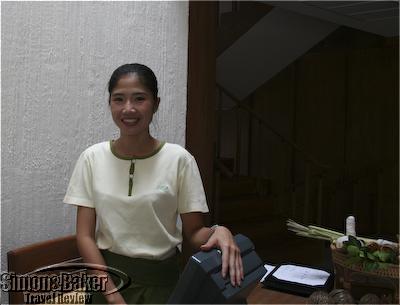 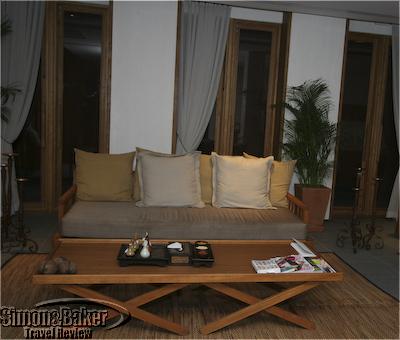 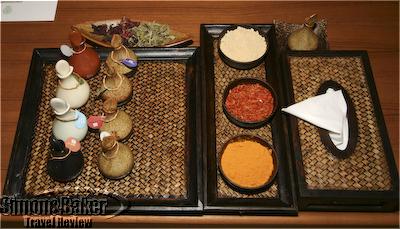 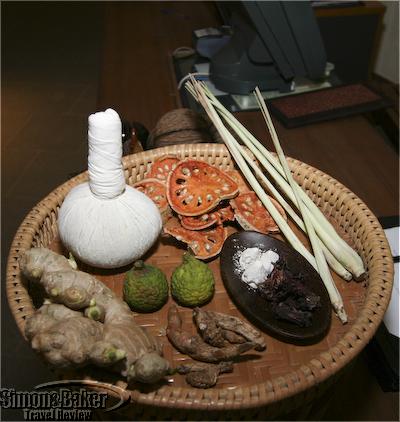 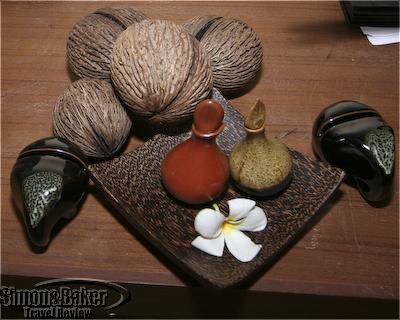 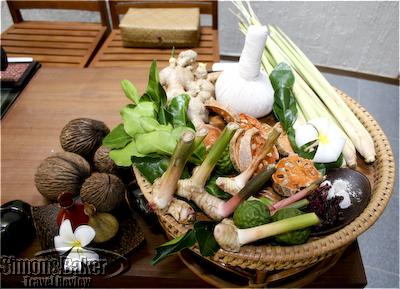 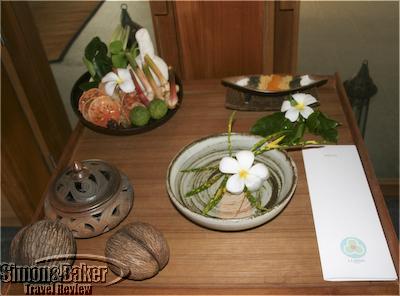 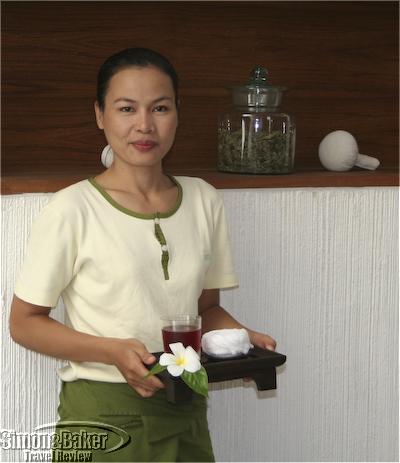