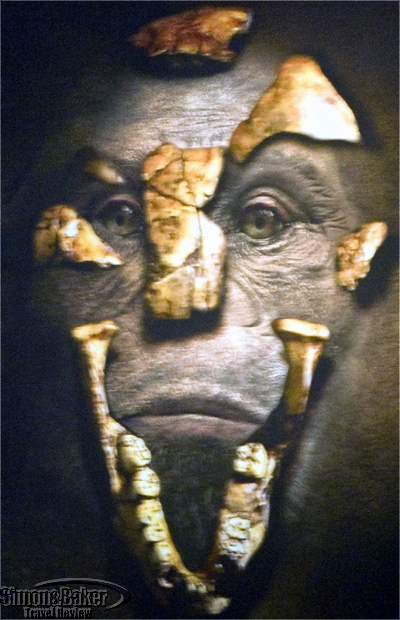 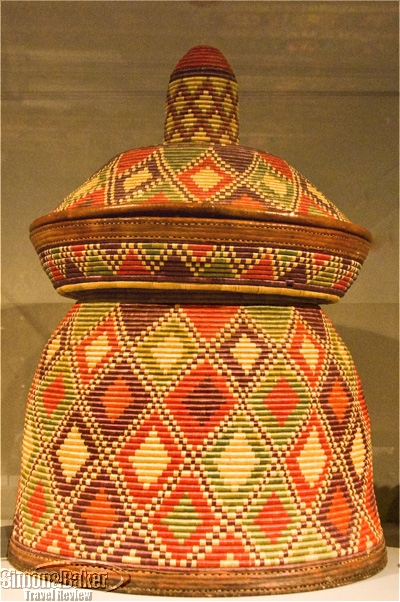 
Audio Tour I especially appreciated the downloadable exhibit audio podcast, which was very informative and easy to use. I kept it on my player for future reference. It was available at no cost from the Houston Museum of Natural Science website at hmns.org/exhibit/special_exhibits/lucy/luc_podcast.asp

Average Visit It took me 90 minutes to see the exhibit.

Cost Tickets $20 for adults; $12 for children (3 to 11), seniors (62 years of age and older) and college students with a valid identification

Duration The exhibit was expected to tour the United States for six years, starting in Houston, from August 31, 2007 to April 20, 2008. At the time of this writing no further stop had been announced.

Lending Organizations The Ministry of Culture and Tourism of the Federal Democratic Republic of Ethiopia.

Organizers The event was organized by the Houston Museum of Natural Science in collaboration with the Ministry of Culture and Tourism of the Federal Democratic Republic of Ethiopia and the Ethiopian Exhibition Coordinating Committee.

Souvenir Shop There was a wide variety of exhibit-related souvenir options available, including posters, books, t-shirts, mugs, jewelry, and toys.
Other Lucy’s first visit outside of Ethiopia has sparked a number of controversies, most notably from some prominent international anthropologists and paleontologists. Several have expressed concerns that the bones, normally stored in a vault at the Ethiopian National Museum in Addis Ababa, were at risk of being damaged either in transit or during the planned six-year tour of the U.S. Critics have also complained that the tour removed the fossil from scientific study for an extended period of time. Noted museums including the American Museum of Natural History in New York and the Smithsonian Institution in Washington, D.C. have indicated they will not exhibit Lucy.
Exhibit The exhibition combined history and archeology to offer a fascinating journey back in time. The history section came first. It was an exploration of the three cultures that shaped Ethiopia’s past: Aksum, which became the first Christian African nation in the 4th century A.D.; Lalibela, site of magnificent underground rock-hewn churches in the 13th century A.D.; and the stunning architecture of the Royal Enclosure at Gondar, built in the 17th century A.D. Impressive photomurals of these historical sites brought into context over 100 artifacts on display to illustrate this rich heritage. The displays included a variety of objects from the Ethiopian Orthodox Church such as illuminated manuscripts and processional crosses; a selection of Korans from the holy city of Harar, the one of the most important site in Islam and the first coins minted by an indigenous African civilization. Also included were a scale model of the famous Church of St. George in Lalibela, musical instruments, implements of daily life, and superb examples of the elaborate, brightly colored paintings, weaving and basketry produced by Ethiopian artists. I particularly enjoyed the intricate Christian Orthodox triptychs, and the exquisite calligraphy of the antique Korans. Most exhibit cases could be viewed from all sides.

The second part of the exhibit began with a gallery displaying replica casts of many of the fossil hominid species recovered in Ethiopia. Next, visitors arrived at a shrine-like, softly lit oval room where Lucy’s bones were laid out. The fossil rested in a glass-topped display case located in the center of the room. Nearby, a vertical glass case held a life-size model made of plastic resins and long black hair, suggesting what Lucy might have looked like. A superb 78-foot-long mural of the region where Lucy was found covered the perimeter wall, following other hominid species that lived in the area through six million years of human evolution.

Would You Visit The Exhibit Again-Recommend It Yes 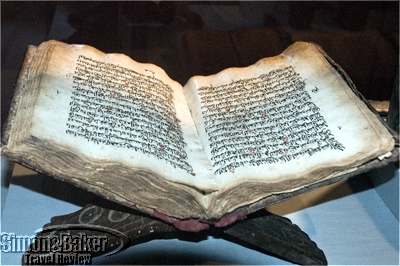 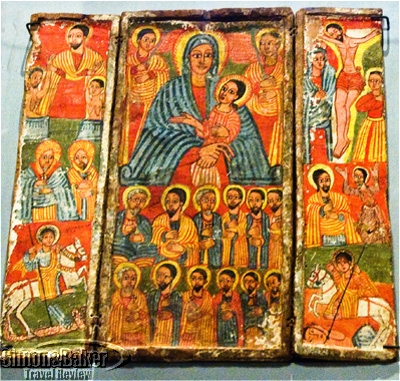 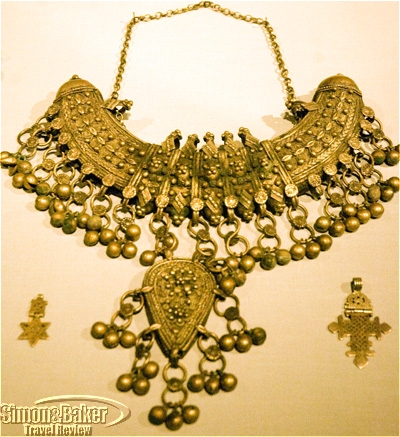 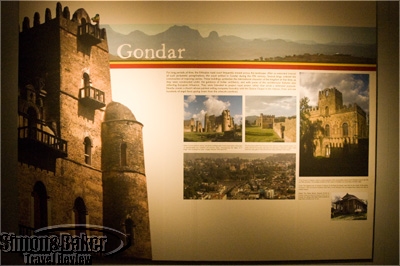