We look forward to future journeys of discovery in the culinary company of the restaurant’s enthusiastic chef and his talented team.


Overall Impression We rode the train from Paris to Reims on a cold winter Monday, found a taxi easily and dashed from the train station on a speedy cab to Les Crayeres to make up for the 20 minute delay in the train schedule. This delay caused us to arrive later than we had planned at the restaurant (1:45 p.m.). In spite of our late entrance, the staff were awaiting our arrival and welcomed us warmly.

Inside the former castle, two staff members looked after us, taking our coats and walking us over to a charming glass enclosed terrace salon, a favorite place for pre and post meal drinks. Although it was overcast and gray outside, we could imagine how beautiful the salon must be in warm weather when the gardens are green and the flowers in bloom. There we enjoyed an aperitif and pre-appetizers, perused the menus and had an opportunity to chat with Les Crayeres’ young chef, Didier Elena, who helped us with our meal selections. From there we walked a short distance to an agreeable wood paneled dining room, where we shared the salon with the handful of diners that remained.

Lunch was a pleasant affair with each course building on the previous one in a subtle crescendo of flavors. We started with samplings of jumbo shrimp and duck foie gras featuring various flavor combinations; moving on to delicately prepared fish and hearty meat dishes. From appetizers to dessert, the staff were attentive and service oriented. At our request, assistant wine steward Bruno Severs paired the meal with well rounded wines. The cheese tray provided us with a few regional choices and some seasonal options like a creamy and delicious eppoise. The meal was so pleasant we forgot to look at our watches. Before we knew it, the time was near for our departure back to Paris. With the help of the restaurant staff we arrived in time to catch our return train.

Just as the first time we went to the Champagne estate, our visit to Les Crayeres was worth the two hour (each way) train ride from Paris. We look forward to future journeys of discovery in the culinary company of the restaurant’s enthusiastic chef and his talented team.

Getting There Our options visiting from Paris were limited. Train schedules offered early or late morning choices. We opted for a train because we didn’t want to drive back to Paris after a large meal with wine or champagne. Between ticket purchases and travel time to and from the train stations in both cities, our excursion and lunch consumed the better part of our day (from 10:15 a.m. to 7: 30 p.m. door to door).

Managing Director The young Fabrice Mercier wishes Les Crayeres guests find “A place where time stops, la detente ” during their visit there. A graduate of the hotel and catering college of Saint Nazaire, he started his career at the Relais et Chateaux Le Prieuré next to Saumur.

Size There was space for 80 guests

His cooking philosophy emphasizes the products from which the meal is born. He describes his cuisine as rectangular which thrives on bold flavours and unorthodox combinations instead of the traditional circular style based on the stacking principle. He aims to juxtapose two ingredients in each dish, the main ingredient and the garnish with each having the same importance and creating a tension of flavors. Sometimes he includes a “link element” to breech the distance between the ingredient contrasts.

DÉCor-Ambiance Classical based on interior designer Pierre Yves Rochon, who has been the designer since the restaurant opened. There were fabrics by Frey, Rubelli, Canovs, and Lelievre. There were exciting plans for a major renovation of the dining salons and kitchen.
Cellars Wine And Alcoholic Beverage Selection The castle’s cellars were home to some 55,000 bottles of wine including a great selection of champagne and wines from Bordeaux, Burgundy and Rhone.

Other When we were there, the restaurant purchased butter from St. Malo and cheese from three suppliers: a local supplier, a goat cheese vendor, and a third supplier for special cheeses.

Service The servers were polite, willing to help and efficient in every detail. 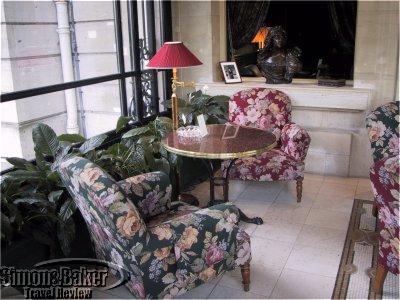 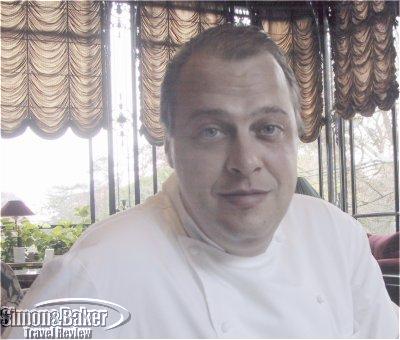 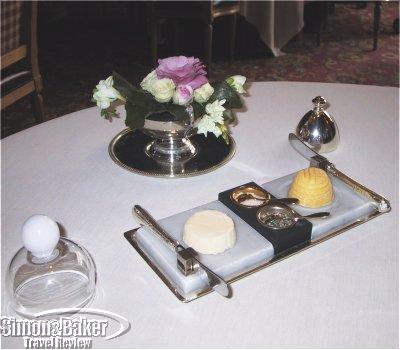 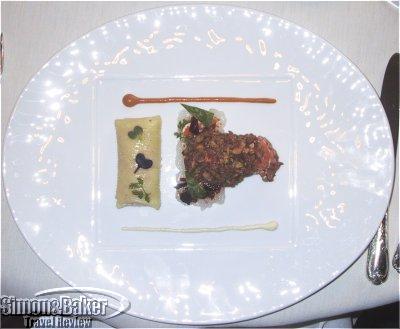 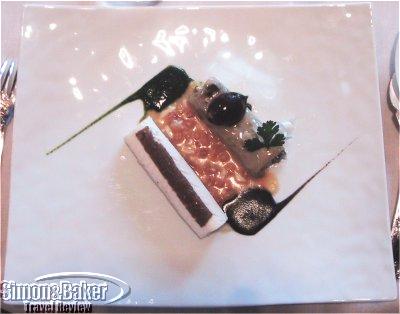 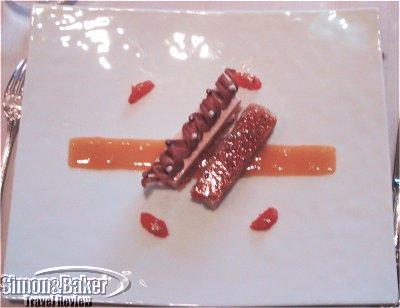 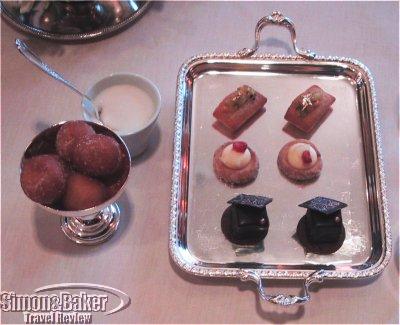 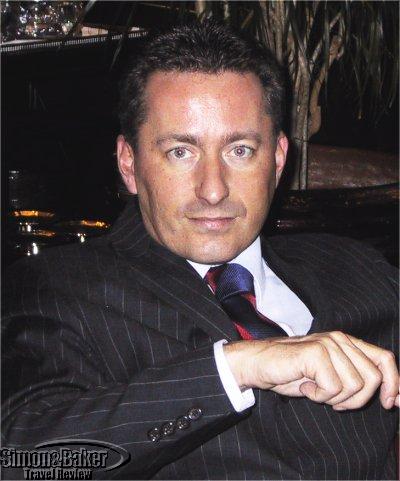 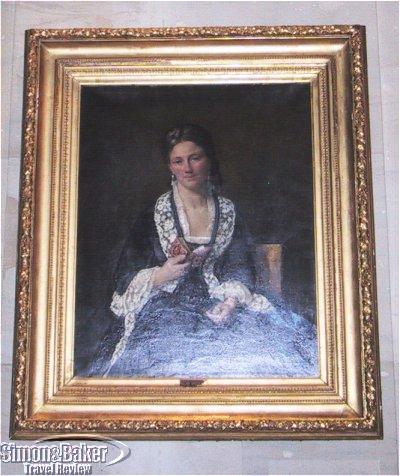 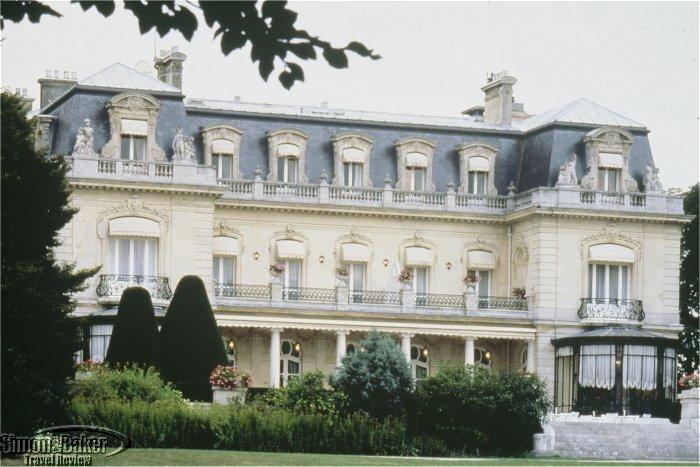