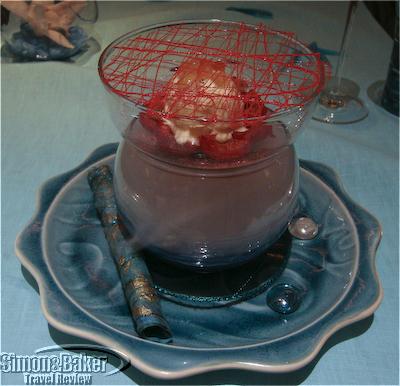 We would gladly make a dedicated trip to Las Vegas for a meal at Joel Robuchon, the best French dining we have had the pleasure of discovering in the United States.


Overall Impression Located in the casino of a Las Vegas mammoth, Joel Robuchon seems out of scale, seating only 42 guests in the main dining room.

Outside the doors of this famous restaurant, typical casino dissonance was pervasive, inside was an oasis of quiet.

In a city where size, opulence, impersonal attitudes and larger than life motifs reign over substance, Joel Robuchon stood out for its simple formula. During our visit, we shared the restaurant and staff with between one to three other tables, further enhancing the luxurious ambiance. .

Although we were tempted by the 16-course tasting menu, we opted for the six-course seafood menu instead. It was marvelous! Every dish, from the sea urchin to the raspberry dessert, was perfectly prepared and served.

The service was equally perfect. Staff were unobtrusive yet efficient. When we replied to a question or made a request the staff were immediately responsive. Most of the time they just took care of the meal in such a manner as to go by mostly unnoticed, even in the quiet of the nearly empty salon.

Although Joel Robuchon’s role in the restaurant seems slight – mostly as a consultant with occasional visits (the MGM declined to provide details) – his name, expertise and the staff that trained with him and now work at the restaurant appear to be a winning combination, judging by the restaurant’s success and our dining experience.

The meal was superb, but even die hard gourmet food lovers may feel a sting at the hefty price tag. Everything from the soothing ambiance, exacting service and well prepared and beautifully presented dishes was to our liking. We would gladly make a dedicated trip to Las Vegas for a meal at Joel Robuchon, the best French dining we have had the pleasure of discovering in the United States.

Chef De Cuisine Tomonori Danzaki worked with Chef Robuchon for more than 10 years in Paris and Tokyo before arriving in Las Vegas.

Location In the casino of the MGM Grand Hotel and Casino in Las Vegas, Nevada

Size The restaurant could accommodate up to 42 guests in the main dining room which we estimated to be about 1,500 square feet. There were two additional smaller dining areas with space for 10 and 12 people each. According to an MGM Grand representative the restaurant assigns dining room staff depending on the number of guests at a rate of 1.5 staff members per guest. The company declined to identify the total number of staff that work at the restaurant.

Sommelier Bertrand Despinoy received the Trophe Ruinart in 1989. Prior to his work at Joel Robuchon he opened a restaurant with Joel Antunes, an Atlanta, Georgia chef. He worked for three years at the Relais Chateau de la Pinede in Saint Tropez, and for two years in at the Hotel de Paris in Monaco. He worked with Alain Ducasse for the opening of MIX. He also worked in Macao with Joel Robuchon at Robuchon à Galera.

Pastry Chef Kamel Guechida grew up in France where he attended the Centre de Formation et d’Apprentissage de Boulazac, a pastry school in the southwestern region of the country. He received a degree in professional pastry making with a specialty in chocolates and confections. Following his graduation, Guechida completed a two-year apprenticeship with Mazi Francis, a chocolatier in Perigueux. In 1994, he was hired at Restaurant de Crissier in Switzerland. In March 2000, after he was introduced to Chef Robuchon during a dinner hosted by Girardet, Guechida joined Robuchon’s team as pastry chef and worked at several of his restaurants around the world including Robuchon à Galera in Macau and Château Restaurant Joël Robuchon in Tokyo. Guechida also was part of the opening team for L’Atelier de Joël Robuchon in Paris in 2003 and Joël Robuchon Monte Carlo in 2004.
DÉCor-Ambiance The dining room was designed by Pierre-Yves Rochon, known for his work at the Four Seasons George V Hotel in Paris and the St. James Hotel in London, to remind diners of Paris in the 1930s. We noticed the restaurant had the type of beautiful dinnerware, simple glassware, and Christofle silverware that are ubiquitous in the best restaurants in Paris. The first thing we noticed on entering the restaurant was the black and white tiled foyer lit by a crystal teardrop chandelier. To one side there was a small bar area, empty on our arrival. Then in the dining room the soaring 17-foot ceilings made us crane our necks slightly. We looked for the black and purple fabrics we had heard about and caught sight of the ivy covered area that was the secondary dining room. The carpeting was black with beige swirls. We were seated in the middle of the section that occupied the center of the dining room. A turquoise linen runner on our table added a cheerful note to the ambiance. There was space for four couples in that section with tables set close together. There was a fireplace set in the wall opposite the entrance and fresh flower arrangements adorned some of the dining room tables.
Cellars Wine And Alcoholic Beverage Selection When it opened its doors the restaurant boasted the largest collection of Philliponnat Clos Des Goies ever released from the

chateau. At that time there was a list of more than 100 champagne options, including 1950s vintages and selections from small growers; and many wines by the glass.

Meal We selected the six course Extravagance de Crustaces Menu and a bottle of Taittinger Prestige Rosé champagne. The champagne was served at a perfect temperature and our glasses were kept refreshed throughout the entire meal.

Special Menus A la carte options ranging in price from $70 to $160 per course, were available on request. There were three set menu options: two six course menus ($250 and $325) and a sixteen course menu ($385). It is said that the majority of diners, 60 percent, order the 16-course menu.

Service Superlative service. Staff members were polite, attentive, highly professional and welcoming. The champagne service was the most impeccable we we have enjoyed anywhere. Our glasses were kept at an ideal level and temperature during the entire meal. This allowed us to enjoy the champagne at its best with the most unobtrusive and efficient refilling service I have ever experienced. The handsome young man who looked after our drinks was ever so gracious and polite and so discrete we hardly noticed when he topped off our glasses. 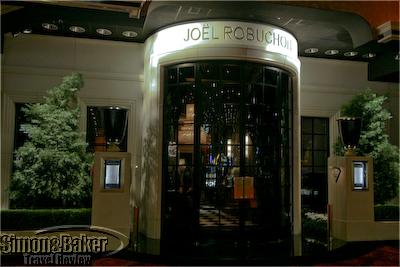 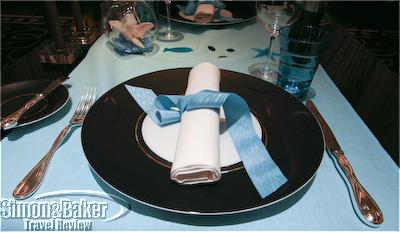 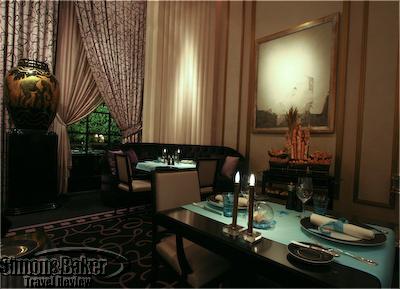 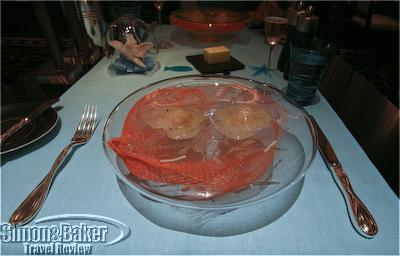 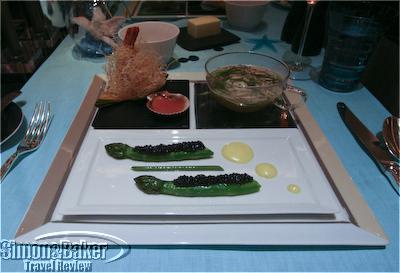 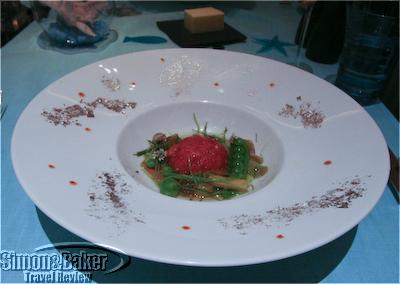 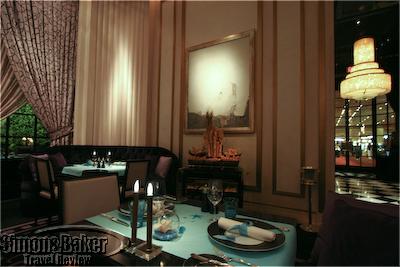 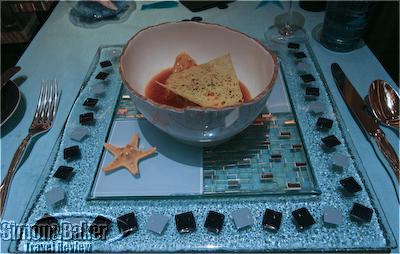