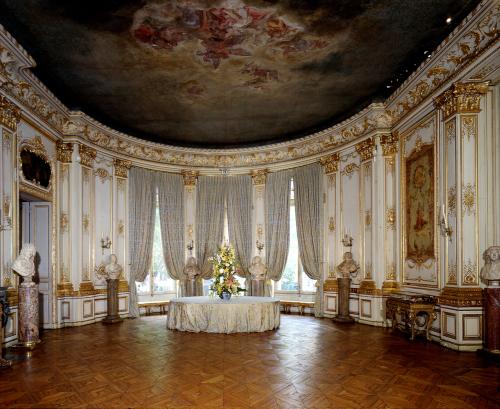 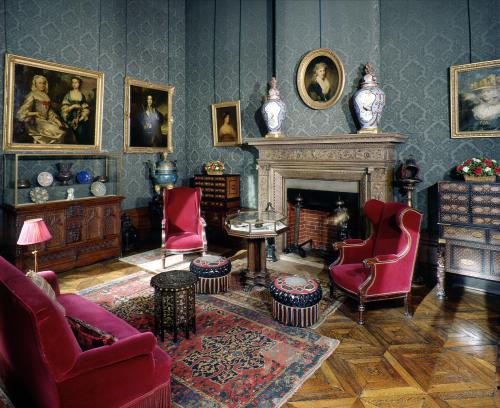 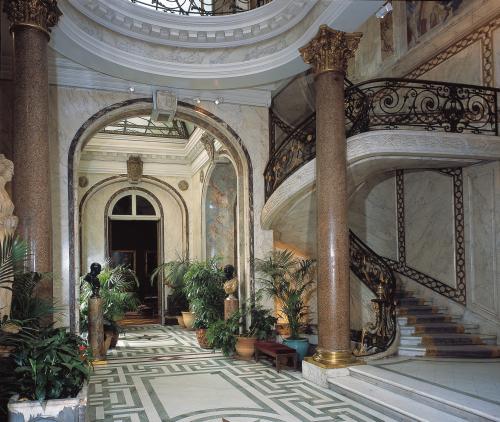 Visited by 600,000 people a year, the Jacquemart André Museum was home to the art of 150 masters including Rembrandt, Tiepolo, Della Robbia, Botticelli, Uccello, Carpaccio, Mantegna, Bellini, Boucher, Chardin and Fragonard.


Overall Impression We thought this small museum, situated in a luxurious late 19th century home in the tony eighth arrondissement, was a treasure in a city of treasures. Visited by 600,000 people a year, the Jacquemart André Museum was home to the art of 150 masters including Rembrandt, Tiepolo, Della Robbia, Botticelli, Uccello, Carpaccio, Mantegna, Bellini, Boucher, Chardin and Fragonard.
Audio Guides Available: Yes, included in the price of admission

Average Duration Of Visit 1.5 to 2 hours

Established Opened in 1913; renovated and reopened in 1996

Owned-Managed Owned by Institut de France and managed by Culture Espace Groupe
Restaurant-Tea Room A popular tea-room occupied the old Dining Room, which featured Brussels tapestries and a Tiepolo ceiling. Light lunches and afternoon tea were served there.
Souvenir Shop A well stocked shop offered art oriented souvenirs including posters, books, jewelry, ties, scarves, art kits, and children’s gifts.
Exhibit In relation to the museum building, the André’s residence stands out even today for its style and elegance. In its day, the owners were complimented for the harmonious combination of 18th century grace and 19th century modernity. An example of the modernity was a hydraulic system that allowed partitions to be moved in order to increase the size of reception rooms.

Other We particularly appreciated the one and a half hour long audio guides in English with close to 60 commentaries. The Jacquemart-André, a sister museum to the Royal Abbey of Chaalis, was available for private functions.

Would You Visit This Museum Again Yes 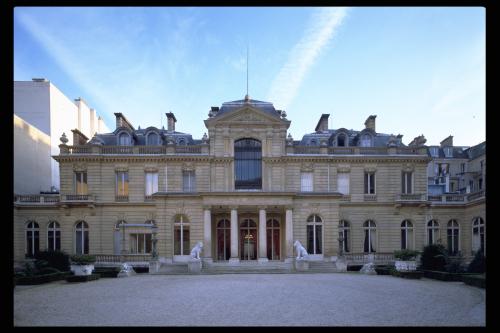 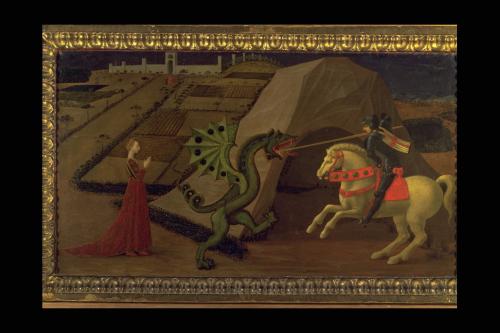