The Dining Room at Jack’s 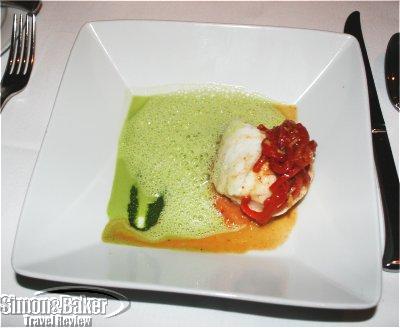 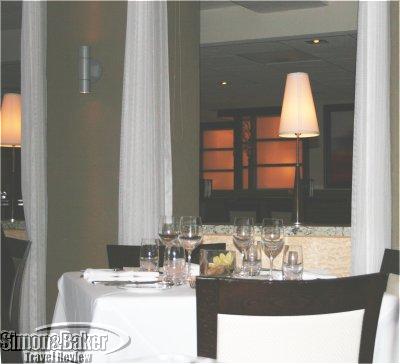 It’s was must for gourmet food lovers visiting La Jolla.


Overall Impression Most people don’t ordinarily think of a shopping arcade as a location for a gourmet dinner. And yet, one of the better gourmet meals I have enjoyed in California was at The Dining Room at Jack’s in a shopping arcade in tony La Jolla. Once inside, I forgot I was in a mall and focused on the menu, modern décor, and lively ambiance with subdued light. Although there was a constant flow of happy hour guests at the bar adjacent to the dining area where I was seated, the noise level was loud enough to be interesting without being bothersome.

In spite of an early weekday arrival, there were already guests in the dining room. A good sign, I thought to myself. Still I was unprepared for the light and playful culinary touches the young chef and his team served that night.

The tasting menu was satisfying and much more. Each course was beautifully presented, fresh tasting and with a novel twist. European, Eastern, and California influences were evident. Service was polite and professional. The Dining Room at Jack’s was noteworthy for its innovative, appetizing and well served meal. It’s was must for gourmet food lovers visiting La Jolla.

Location In a shopping center in La Jolla

Size Jack’s with overall capacity for 500 guests, occupied 30,000 square feet of space and had 120 employees. It had capacity for 70 seats in the gourmet dining room.

About The Executive Chef Tony DiSalvo began cooking when he was 13 at the Hotel Thayer in Highland Falls, New York. After graduating from high school in 1993, Chef DiSalvo entered the Culinary Institute of America where he received an AOS degree in the Culinary Arts Program. It was his culinary externship at Jean-Georges Vongerichten’s renowned restaurants Vong and Jo-Jo that began his long term association with the well known chef.

Upon graduation in 1995, DiSalvo took a position at La Goulue in New York under the tutelage of Philippe Schmidt. This one year stint exposed the young chef to French-Mediterranean cuisine. From there DiSalvo moved on to Gramercy Tavern, where he worked with Tom Colicchio.

In 1998, after working his way through all the positions in the Gramercy Tavern kitchen, DiSalvo decided to return to Jeans-Georges Vongerichten and his flagship restaurant, Jeans-Georges in New York’s Trump Tower. He became sous chef in 2000 and executive chef in 2001. In 2004, he moved to La Jolla, California to open Jack’s La Jolla as executive chef and partner. DiSalvo resides in San Diego with his wife, Andrea and daughter Isabella.

DÉCor-Ambiance The dining room was modern with muted colors and abstract art. David Robinson Design Co., a La Jolla company, designed the interior. The dinnerware was a combination of Rosenthal and Steelite. The flatware was Imagine by Sambonnet. The glassware was by Speigelau, with Reidel decanters, wine buckets by Sambonnet and most other service items from WMF.
Cellars Wine And Alcoholic Beverage Selection There were 3,000 bottles in the cellar including an extensive sake selection as well as cognac, port, beers and non alcoholic beverages

Special Menus Jack’s offered a reasonably priced five course tasting menu (limited to the entire table) for $65 or $89 with wine pairings. There were also seven ($85) and nine ($110) course tasting menus. Sundays there was a Prix Fixe four-course $44 menu which changed weekly. 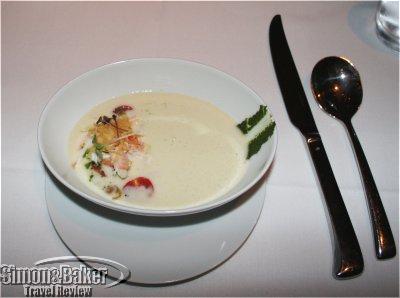 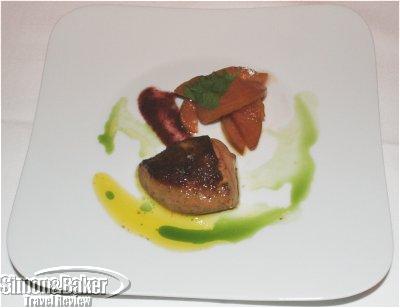 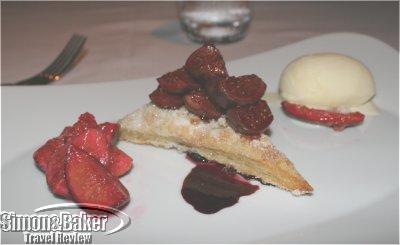