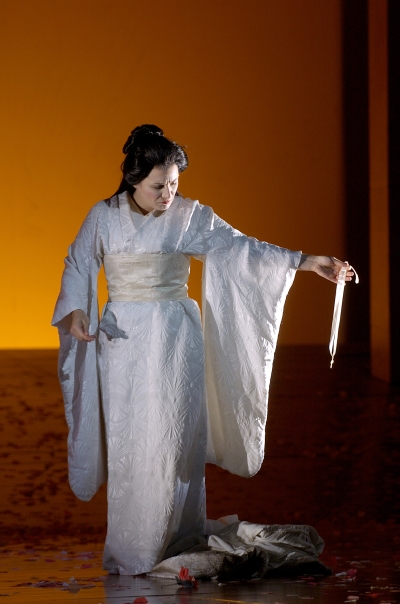 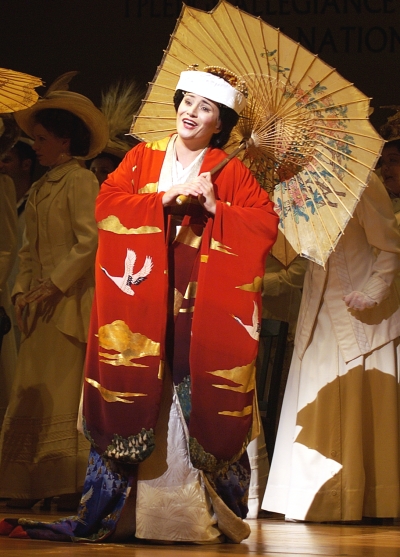 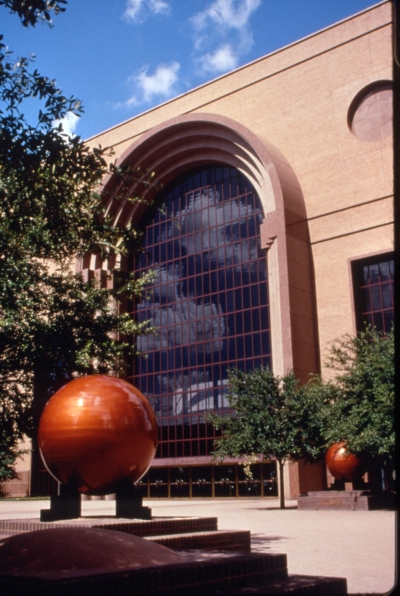 We enjoyed the sequin and tuxedo filled opening of Puccini’s tearjerker Madam Butterfly, one of the top ten most frequently performed operas in North America , at the Houston Grand Opera, which was housed in the large and modern Wortham Theater building.


Overall Impression We enjoyed the sequin and tuxedo filled opening of Puccini’s tearjerker Madam Butterfly, one of the top ten most frequently performed operas in North America , at the Houston Grand Opera, which was housed in the large and modern Wortham Theater building.
Established 1955

General Director : David Gockley (scheduled to depart at the end of the 2004-05 season)

Handicapped Access : yes. There was wheelchair access. An infrared listening system was available free of charge. Descriptive services for persons with vision loss were available with 48-hours notice. Details: 1.713.546.0230

Location in the Theater District in downtown Houston

Size The 437,000-square foot Wortham Theater has an 88-foot tall Romanesque arch at the entryway with enough room for a six-story building in the Grand Foyer. The roof is as large as three football fields and has seven levels. The Theater seats 2,465.

Description with 30 world premiers and six American premiers since 1973, the Houston Grand Opera garnered a world reputation. The Opera has toured extensively, including trips to Asia and Europe . The only opera at the time of this writing to have won a Tony, two Grammy Awards and two Emmy Awards. The Houston Grand Opera’s productions are broadcast internationally on World of Opera on National Public Radio over the European Broadcasting Union and the Australian Broadcasting Corporation. Designed by Eugene Aubry of Morris Aubry Architects, the Worthan Theater has a 17,000 square foot stage used primarily for the Opera and the Houston Ballet. No seat is more than 138 feet from the stage.
Snack Shop drinks and snacks were available, before the performance and during the intermission.
Souvenir Shop There were season opera recordings, books, clothing items, children’s games and jewelry. Opera fans were also able to make online purchases through the Houston Grand Opera website.
Other The 50-year old Opera’s forward thinking administration was among the first in the country to include surtitles for foreign language operas. In 2000, they added OperaVision, a system of plasma and projection screens designed to improve sight lines to the stage for certain areas of the Wortham Theater Center ‘s Brown Theater and allows the audience special camera views which are otherwise not visible. The Wortham Theater, named for American General Insurance Company founder Gus Wortham, was funded entirely by the private sector. More than 3,500 donors contributed $66 million to build it.
Date Of Review October 2004 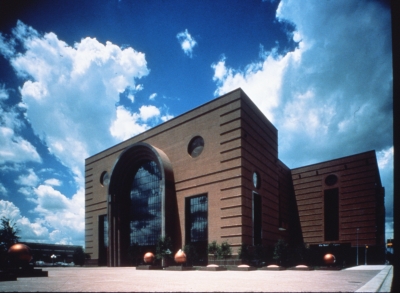 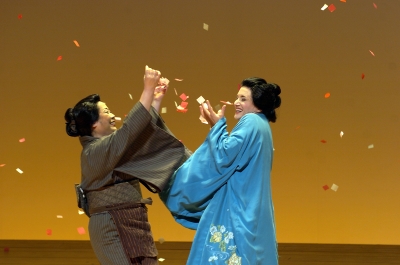 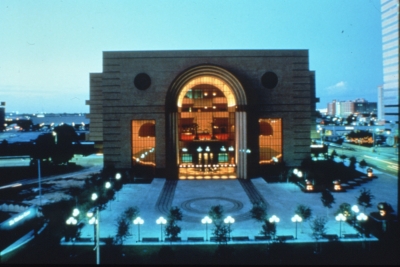