We look forward to an ever brighter Hotel de Crillon in the future.


See our most recent review here.
Overall Impression At the Hotel de Crillon, one of Paris’ see and be seen addresses, we encountered bejeweled surroundings, guest oriented service, an up-and-coming gourmet restaurant on the premises and a fabulous location. Once a palace dating back to 1758 and later acquired by the Comte de Crillon, this exclusive Paris hotel was formerly a private residence. The hotel, part of the French Concorde Hotels Group, is situated on the place de la Concorde near many of Paris desirable venues and adjacent to the U.S. embassy compound.

This chic fashion oriented hotel offered guests classic old style French elegance, large rooms, modern bathrooms, high speed Internet connectivity, a business center, a fitness center and an enviable reputation. Unfortunately, previous management allowed the property to become slightly worn around the edges. Under the leadership of the new general manager Franka Holtmann, the hotel seemed to be flourishing. We look forward to an ever brighter Hotel de Crillon in the future.

Connectivity High speed Internet connectivity (ADSL) for guest laptop computers was available as follows: 9 euros for 30 minutes, 12 euros for 1 hour, 18 euros for 12 hours and 30 euros for 24 hours. It was also possible to check email message through the computer for a fee of 15 euros an hour.

Pets Welcomed The hotel offered a canine program, Dog de Crillon, which included souvenir collars with the Crillon logo, name tags, dog-specific menus and room service as well as a special custom-sized sleeping basket in the “master’s” room. The concierge staff was available for dog walks.

Lobby And Common Areas a Louis XV style was maintained under the auspices of the French National Historic Landmark Commission with the assistance of Parisian interior decorator Sybille de Margerie. There was a working fireplace in the lobby, richly upholstered sofas and lounge chairs in the common areas, old style revolving doors in the front and side entrances, and a bar designed by Cesar of Cesar awards (French equivalent of U.S. Oscars) fame. The Hotel’s Salon des Aigles, Salon Marie-Antoinette, Salon Bataille and Les Ambassadeurs are classified Historical Monuments worthy of preservation which should not be altered or destroyed.

The inviting and popular Jardin d’Hiver, adjacent to Les Ambassadeurs, the hotel’s gourmet restaurant, offered comfortable chairs and sofas, design objects and shimmering draperies intended to usher in a soft, comforting lighting. Distinctive fabrics included silks and satins from the houses of designers Lelievre and Channee-Ducrocq among others. The Jardin’s proximity to Les Ambassadeurs, the Crillon’s Michelin starred restaurant, was a focal point of the new concept, which extended the restaurant’s design. The painted mural of the sky on the ceiling of the Jardin was in keeping with the restaurant’s motif. As part of a recent renovation the moldings and murals were restored and champagne colored satin draperies were installed. The noteworthy Baccarat elephant at the bar, originally created by Baccarat for the Exposition Universelle in 1878 and given to the Crillon in 1990, was repositioned and seated on a custom designed marble stand created by Rosso Levanto.

Bathroom The spotless, elegant and modernized bathroom was bright and spacious with a bath tub on one side, a separate shower and a second enclosure with a toilet and bidet (there was also a scale with a sanitary paper cover and a cloth covered stool). Large glass doors separated the main area from the shower and W.C. area affording the user some privacy and increasing the feeling of light and space. Floor and walls were beige Carrara marble and the floor was heated which made the bathroom comfy in the cold evening. There were also his and hers sinks surrounded by pink and gray marble facing a large mirror. Toiletries were Annick Goutal brand.
Room Our Executive Deluxe room was noiseless (except for the inevitable early morning garbage truck), about 45 square meters (450 square feet), and featured a small entrance hall with a mini-bar section. It had air conditioning and heating. Inside the room, there was a small glass covered wood desk facing the wall. It was accompanied by a gold fabric armless chair, mirror, Alcatel speaker telephone and high speed Internet connection. To the right there was a two-seat antique mauve colored sofa with a glass covered wood table and large lamp on each side; a glass covered marble top wood table and two antique wood chairs in the same color as the sofa. There was a simple vase with blossoming white roses, a welcome homey accent.

On the opposite side of the room of the desk there was a Chinese style wood dresser with a Phillips remote controlled satellite television and an infrared controlled keyboard to access the Internet (15 euros an hour). The walls were pale yellow with white trim. There was a small crystal chandelier in the center of the room. A king bed (2 x 2.10) made of two smaller mattresses joined together had a matching antique mauve fabric on the headboard and a small glass covered wood night table on each side. One table had an Alcatel phone, the other a modern style alarm clock.

Beyond that area there were large double windows, covered by thick gold and dark mauve curtains similar in color to the bedspread, leading to a balcony with a view to the adjacent street. A hallway with a glass covered wood table held a wood three panel mirror and a white flowering orchid plant. There were two closets in the hallway; one with an electronic safe, a blow dryer and shelf space. The other had hanging space.

Although we had the heating on high, the room was a bit chilly in the winter evening. When we asked if was possible to warm the room, we were offered a space heather. It helped slightly though it was plugged in near the entrance and had a short cord. The next morning when we opened the curtains we realized the reason the room was chilly was because prior to our arrival and someone had left the inner and outer windows ajar and the curtains had been drawn over them.

Facilities Twenty-four hour business and fitness centers, a winter garden for tea and coffee service, the Central Courtyard for outdoor drinks and light meals, two restaurants including a gastronomic one, a bar, and a well stocked gift shop.

Fitness Center Eleven machines including two treadmills, two stair masters, one rowing and one multipurpose machine, and free weights were available in a small mirrored room on the top floor, which was available to guests 24/7 with their room key card. There was also a television and towels. Bottled water and fresh fruit were accessible on a self service basis. A personal trainer was available Monday through Friday with advance notice.

Other Hôtel de Crillon, the flagship of the Concorde Hotels, was when we visited, the only Parisian palace hotel privately owned and managed by a French family. It was a member “The Leading Hotels of the World,” the Comité Colbert and Relais Gourmand. Babies and children were welcome at the hotel, which made especially trained nursery staff available to their guests. Children received special bath products from Bonpoint, gifts such as a Paris Guide, a coloring book, and a plate of cookies on arrival. A tiny terry bathrobe with the Crillon logo was available for them during their stay. On request the Crillon offered to provide, at no additional charge, an extra bed, crib or high chair. For those less tiny, there was the option of an X-box and VHS/DVD player.

Guests needing to work during their stay had access to a business center, open 24 hours a day, offering public phone booths, two computers with flat screen monitors next to each other. There were two attached scanners, two black and white printers and an adjacent phone. Computer time was available for 19 euros a half an hour and 35 euros an hour. There were also two fax machines and a minitel. The business center was located on the mezzanine level.

Check-In-Check-Out Process Ease We received a warm welcome at the reception in spite of a slight snafu which was promptly resolved.

Service : We found the staff warm and welcoming. When asked if they spoke English, the immediately responded in English. They were helpful and went out of their way to accommodate us.

Would You Recommend It-Stay There Again? Yes 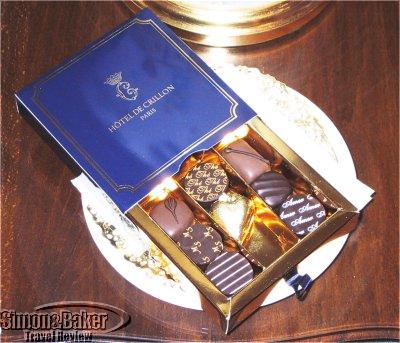 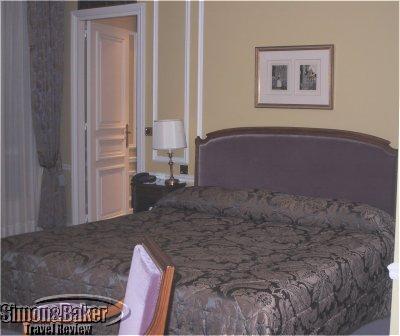 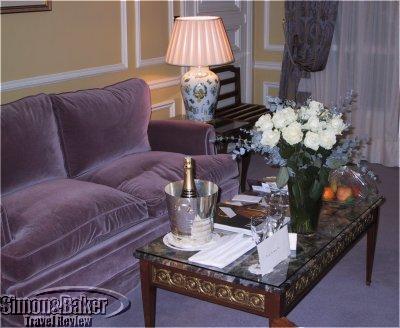 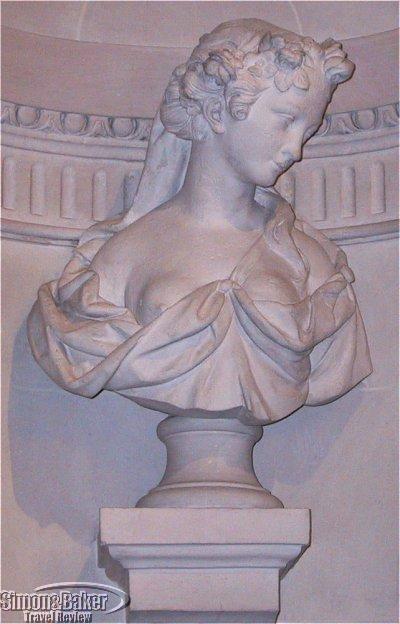 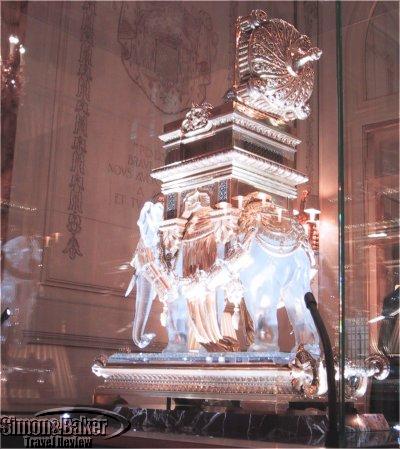 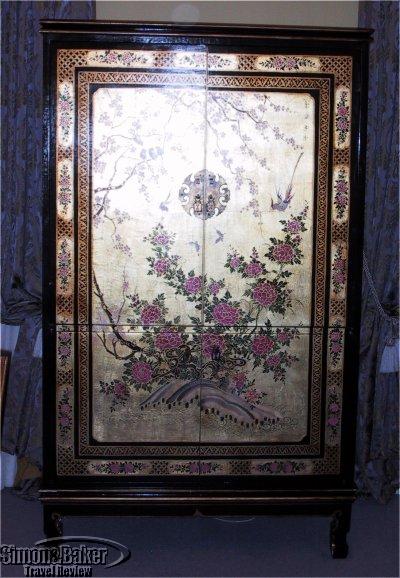 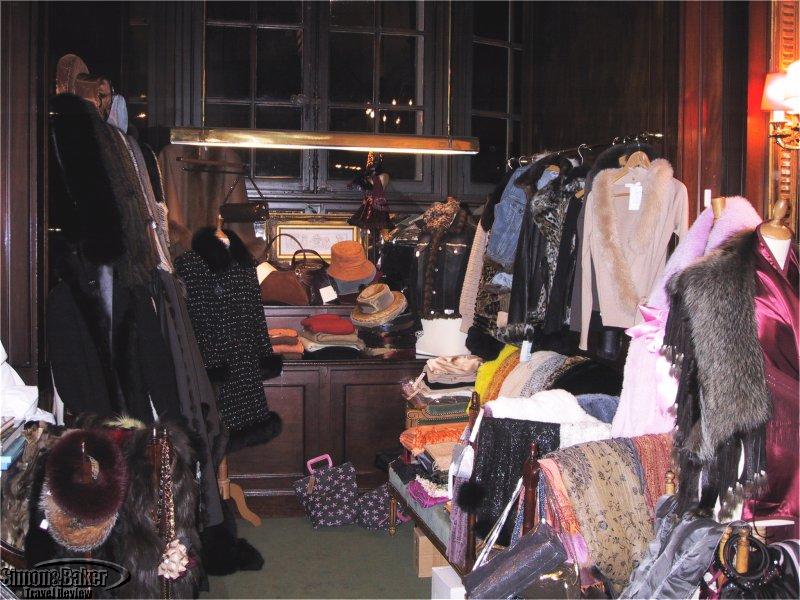