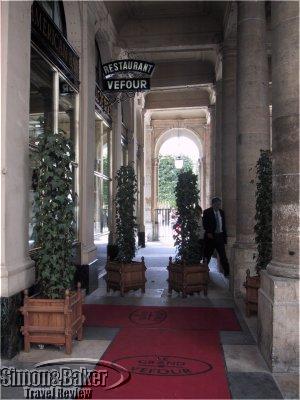 We look forward to returning and anticipate our next culinary discoveries at Le Grand Vefour .


Our most recent review is here.
Overall Impression Located in the former café de Chartres , this historic restaurant still maintained much of the original style and famous mirror decorations. It was purported to be one of the “ideological centers” of the French Revolution. It was fun to think we dined where so many famous figures dined before including Napoleon Bonaparte and Josephine, Victor Hugo, Colette (our seat) and Jean Cocteau, Jean-Paul Sartre and Simone de Beauvoir . Although we appreciate and enjoy the rarified ambiance, it is the extraordinary food and culinary growth that has attracted us there time and again.

Every time we have been there it has been a pleasure seeing the understated improvements that have made an excellent restaurant even better. Under the masterful hand of chef (and now president) Guy Martin the Grand Vefour has thrived. He has had a positive influence on the food and the management.

For our most recent visit, it was refreshingly easy to communicate with the staff in English. We were welcomed in English and, on request, had our selections described to us in English by a number of staff members including the wine steward, restaurant manager and server.

As on past occasions, we reveled in the historic ambiance of the 200-year-old restaurant while enjoying Chef Martin’s magnificent tasting menu. The midday summer light seeping through the many windows enhanced the ancient café’s classic beauty. The staff were attentive, courteous and helpful. They checked on us frequently and spaced the courses to allow us to anticipate the upcoming course without the time ever being overlong. We look forward to returning and anticipate our next culinary discoveries at Le Grand Vefour .

About The Chef A self taught cook, Martin is originally from the Savoy (Bourg Saint Maurice) region of France . He worked at the Chateau de Courdrée for three years and the Chateau de Divonne for eight prior to his arrival at Le Grand Vefour in 1991. His published works include : Les Recettes Gourmandes de Guy Martin, Légumes, Un artiste au Grand Véfour , Cuisinier les fromages, Vegetables , and Toute la Cuisine. He was awarded the French Legion of Honor in 2003.

Handicapped Access was possible. However, upstairs restrooms and the upstairs dining area could only be reached is via stairs

Location : In the heart of Paris , adjacent to the well known Palais Royal Gardens .

Size : 65 downstairs and up to 22 in the private dining room upstairs

Wine Selection And Prices There were plenty of excellent wine options. Prices were fairly high, with a limited selection of wines in the 50-80 Euro range. The best affordable recommendation the wine steward was able to make was a light 78 Euro Loire red, which was enjoyable if not exceptional. Though there was only one rose champagne (by the glass) choice for an appetizer, it was well chilled and went down smoothly.

Meal We began our meal with a playful carrot and cumin soup with eggplant puree side amouse bouche . This was followed by a lobster medley featuring a sweet wine foamy sauce. Next was a light and delicious cepe mushroom and black truffle soup. The memorable fois gras raviolis with black truffles were magic. After the raviolis, we were served a clear broth with tangy chicken and cheese dumplings to cleanse our palates.

The piece de resistance was the perfectly prepared lamb accompanied by a vegetable chutney and two distinctive lamb chops. A flavorful four cheese course facilitated our transition to dessert. Just when we were running out of steam, dessert arrived in two courses: first there was an apple and caramel ice cream enhanced by coffee foam. It was the prelude to a delicious buckwheat biscuit filled with bananas and pineapple and chocolate with chocolate ice cream and mocha cream. Coffee was accompanied by petit fours including tiny chocolate tarts (among our favorites), fruit candy, pistachio-almond chocolate mini tarts and home made chocolates.

Meeting Rooms A private room with room for up to 22 guests was available on the second floor
Other Le Grand Vefour was air conditioned in the summer. Valet parking was avai lable when we visited. Recipient of the noted Michelin three star awards since 2000. Tables were close together which made private or sensitive conversations slightly challenging. On the plus side, our proximity made it possible to strike a pleasant conversation with a neighboring couple from Canada .

Reservations Required Yes. Depending on the time of year a week or more ahead of time might be advisable as a general rule.

Service From beginning to end, t he service was excellent.

Would You Dine There Again Yes 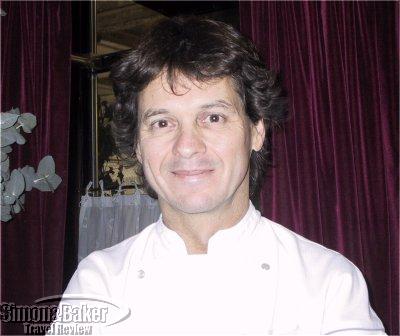 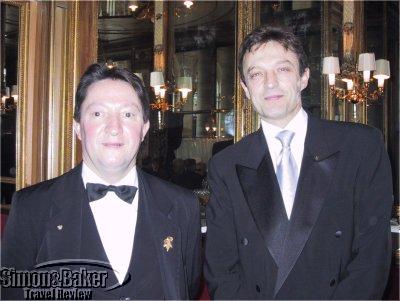 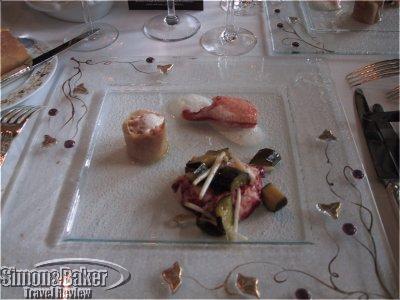 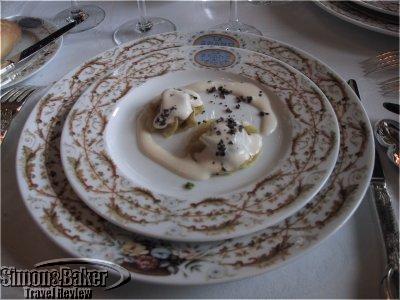 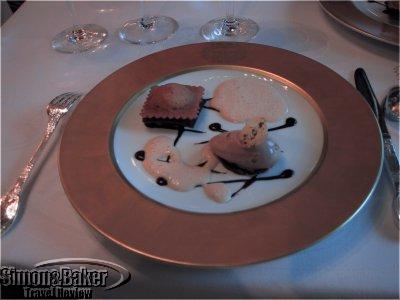