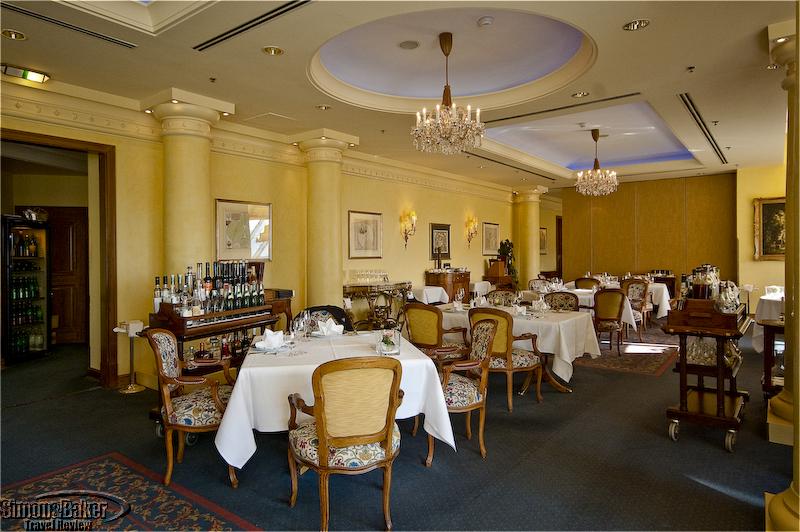 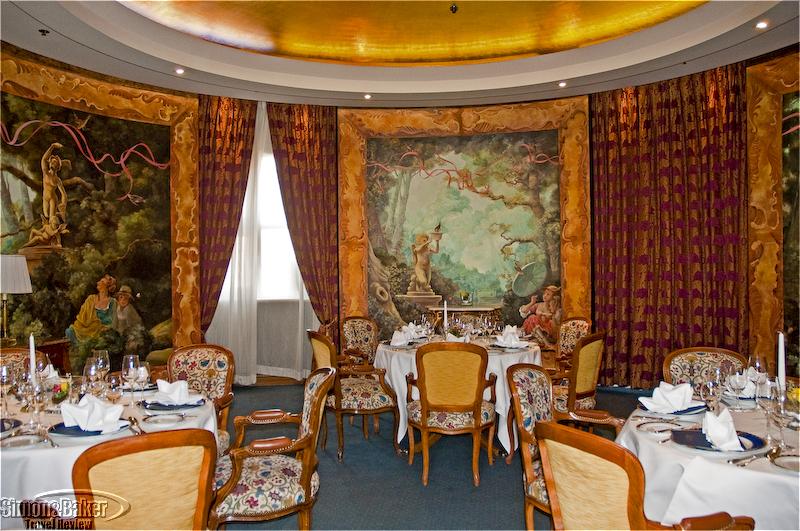 With its unique location at the heart of the best Vienna has to offer, luxurious accommodations and service, fabulous old world décor and superb dining, the Grand Hotel Wien made my list of places to revisit and recommend to friends and colleagues who want to fully experience the timeless romance of the Habsburg imperial city.


Overall Impression Stepping through the pillared entrance of the Grand Hotel Wien was a journey back to the glittering days of Austria’s 19 th century imperial splendor. Designed by Karl Tietz, one of the most celebrated architects of his time, it was, when it opened its doors in 1870, the first luxury hotel in the city. With the new Imperial Opera House (now the Vienna State Opera) opened the previous year just one block away, and the nearby Musikverein concert hall (now home to the Vienna Philharmonic Orchestra) also inaugurated in 1870, it quickly became a hit with the aristocracy. It retained its status as a place to be seen until the Second World War. Although its fortunes waned during the second half of the 20 th century, it re-opened in 1994 after four years and 100 million euros of renovations to quickly become once again a pinnacle of Viennese social life, and to welcome amongst its guests many international celebrities, political figures and business leaders.

The Grand Hotel put all of Vienna’s past and present at my fingertips. Beyond its painstakingly restored classic façade, the palatial interior spaces, tastefully toned-down Viennese Grand Style décor and impeccable service spoke of the romantic grandeur of a bygone area, albeit with all the technologies and comforts the 21 st century has to offer. The location was superb. The most significant historic and artistic landmarks of the city, including the Hofburg Imperial Palace, Saint Stephen’s Cathedral, the Belvedere and the Museum Quarter were at most a 20-minute walk away. And some of the most elegant shopping in the city was just out of the back door, with Kärntner Street as a gateway to miles of antique shops and local and international designer boutiques.

The hotel was graced with some of the best dining options in the city with two gourmet restaurants. Le Ciel offered French dinning with a Viennese flair, and Unkai served some of the best Japanese food in the region. There was also Le Grand Café, for casual meals and snacks, and the Rosengarten (rose garden) tea room for snacks and decadent local pastries with a background of live classical piano music. As I visited during an exceptionally cold winter spell, I was especially delighted by these varied options for dining “at home” after a day of roaming the city.

With its unique location at the heart of the best Vienna has to offer, luxurious accommodations and service, fabulous old world décor and superb dining, the Grand Hotel Wien made my list of places to revisit and recommend to friends and colleagues who want to fully experience the timeless romance of the Habsburg imperial city.

Connectivity There was complimentary high-speed WiFi in my room.

Location On the historic Ringstrasse , at the edge of the Vienna city center. It was a 30-minute drive from Vienna International Airport.

Size The seven-story property had 205 rooms and suites.

Year Opened-Renovated The Grand Hotel Wien opened in 1870. It was fully renovated in 1994

Lobby And Common Areas The light-filled lobby and reception area was a stunning expanse of soaring neo-classic columns, marble marquetry floors, sparkling beveled mirrors and crystal chandeliers. To the right of the foyer, the Rosengarten tearoom with its overstuffed damask chairs and tantalizing pastry cart was a prime people-watching spot. In the center rear of the foyer, an elegant, ball gown-worthy staircase led to a balconied mezzanine with an intricate bronze railing that hinted of the Jugendstil (Art Nouveau) style that swept through the city at the turn of the 20 th century. Throughout the common areas and upper floors corridors gilded gate-legged rococo tables and glass-fronted display armoires held an extensive collection of Augarten Viennese Blanc de Chine figurines and other antique porcelains.
Bathroom The color scheme of the marble bathroom was beige and cinnamon, with the floor, and walls, as well as the top of the double sink vanity and the ledge of the bathtub made of beige marble with contrasting cinnamon-colored accents. The oversized bathtub had an in-tub shower with a rain showerhead as well as a hand-held shower. A large mirror, two glass Lalique-style sconces and a lighted magnifying mirror hung above the vanity. Next to it, a door led to a water closet with commode and bidet. The faucets, showerhead and towel racks were made of gilded metal. The bathroom and water closet floors had underfloor heating.

Room My 45 square meter (485 square foot) Exclusive room, Number 303, had a relaxing celadon green color scheme. The walls were covered in rich silk brocade that matched the floor-to-ceiling draperies, king size headboard and coverlet and the two bergères that sat on either side of an occasional table in front of the French window. The color-coordinated wall-to-wall carpeting had an Aubusson-style pattern and borders in contrasting taupe. The bed was framed by gate-legged two-drawer chests with green marble tops. Opposite the bed, a walnut armoire housed an LCD television screen. Next to it, a low storage chest doubled as a bench and luggage rack. On the rear wall, a mirror hung above an ornate writing desk of inlaid walnut with gilded metal trim. Its high back desk chair was upholstered in cinnabar wool. Wall sconces, bedside, floor and desk lamps had brass candlestick bases with cream silk shades. Antique engravings of Viennese street scenes in gold frames completed the décor.

Food And Restaurants From breakfast to nightcap, the Grand Hotel offered a variety of excellent dining options. My day started at the Grand Café, on the mezzanine overlooking the glittering lobby. The sumptuous breakfast buffet, with its near endless variety of offerings from smoked fish and charcuteries to cooked breakfast meats, vegetable and eggs, was a daily dilemma. And resisting the overflowing baskets of freshly baked viennoiseries would have required more willpower than I could muster. In addition to breakfast, the Grand Café offered a menu of typical Viennese dishes throughout the day, as well as tea or coffee breaks with pastries and snacks. However, when it came to enjoying my afternoon Viennese coffee, my preferred spot, and apparently that of many local patrons as well as hotel guests was the Rosengarten tearoom, off the lobby just below the Grand Café. It was a lovely place for people-watching while sampling one of Vienna’s famed pastries. On the opposite side of the mezzanine from the Grand Café, the Kavalierbar offered a vast array of classic cocktails and an extensive selection of fine cigars.

Meanwhile dining Nirvana was just a short elevator ride up to the seventh floor where two award-winning restaurants were tucked under the elegantly sky-lit roofs of the property. To the right of a central foyer, Unkai (Japanese for “sea in the clouds”) welcomed guests into its serene minimalist contemporary far-Eastern domain. There was nothing minimalist about the menu, however. Unkai proposed a stunning variety of Japanese specialties that went far beyond sushi and tempura; although these were also available and superb. My Kamonannbanudon Sannma Gozen lunch (I decided this must have been Japanese for tasting menu, or should be) included a hotpot with slices of grilled duck breast and vegetable fritters in a full-bodied broth, a whole Pacific Sauri (also known as mackerel pike) grilled to perfection, and a scrumptious tea custard dessert. Small wonder that Gault Millau awarded two toques (one of Europe’s most prestigious culinary awards) in 2010 to Unkai and Chef Iroshi Sakai. And for those who just yearn for a quick treat, Unkai-Sushi, located directly off the hotel lobby offered a quick service option for the same high quality sushi and sashimi that could be leisurely enjoyed upstairs.

To the left of the seventh floor foyer, the sumptuous Le Ciel (French for sky) was a sanctuary of haute cuisine in the grand French tradition. With Chef Jacqueline Pfeiffer at the helm since 2003, the restaurant had long secured its own Gault Millau two toques . Its golden-pillared walls and glittering crystal chandeliers were a perfect backdrop for the magic that unfolded on the Bernardaud Limoge china plates. My dinner started with a flute of Sekt (local sparkling wine) from the aperitif cart and an amuse-bouche of beetroot cream served in an espresso cup, accompanied by a velvety pike quenelle . It continued with an appetizer of rabbit loin in aspic paired with chanterelles on a buckwheat crèpe, and a glorious grilled salmon entrée. Dessert was an extravaganza of chocolate creations, each morsel lighter and richer than the next, punctuated by a dollop of citrus sorbet. Le Ciel was a favorite of Viennese society as well as international visitors. The night of my visit happened to coincide with one of the most sought-after balls of the Vienna Season. In addition to the usual dinner attendance, several tables were occupied by women in shimmering ball gowns and men in tails enjoying a pre-ball dinner. In spite of the busy evening, my meal was exquisite and as perfectly paced as a well-choreographed ballet.

Facilities There were four restaurants, a tearoom, a bar, a business center and a fitness room.

Fitness Center There was a small fitness room with basic exercise equipment.

Conference Facilities There were 14 banquet and meeting rooms equipped with current communications and audio-visual equipment. The largest, the formal ballroom, had a maximum capacity of 500 people for receptions and 300 for seated lunch or dinner meetings.
Cleanliness Excellent

Service The room was serviced twice daily. Every member of the staff I came in contact with during my stay was unfailingly friendly, attentive and helpful. 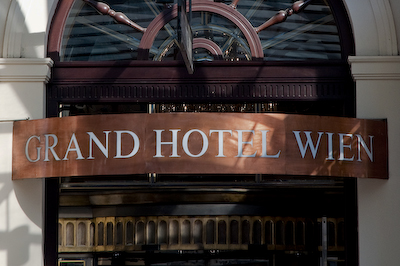 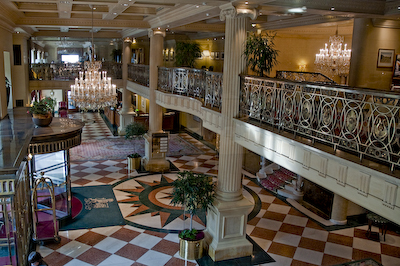 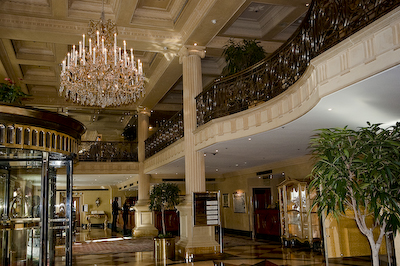 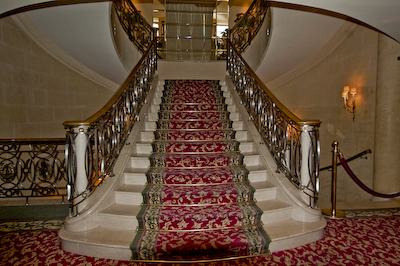 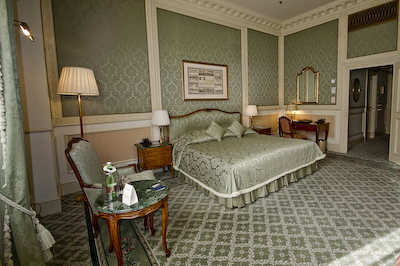 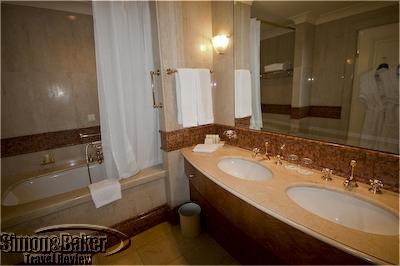 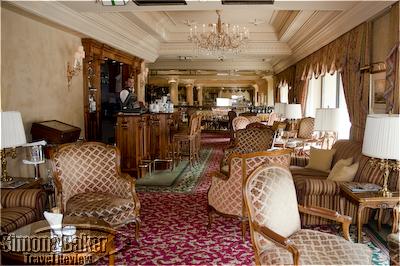 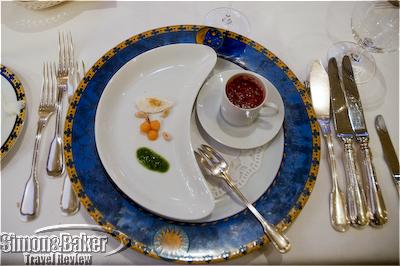 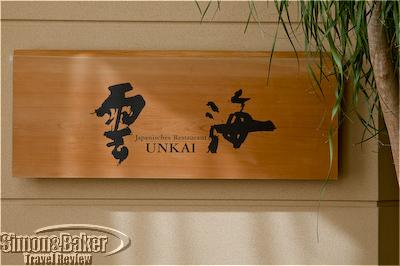 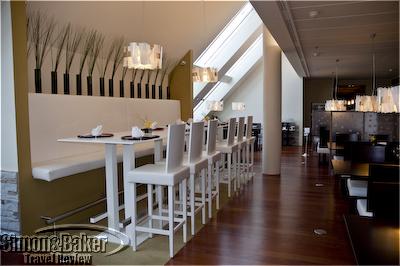 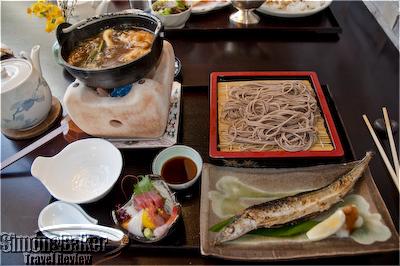