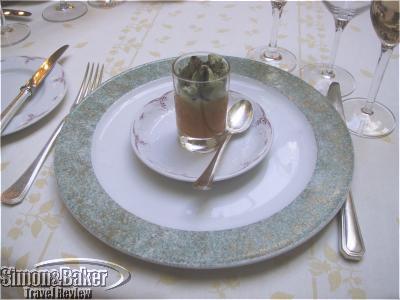 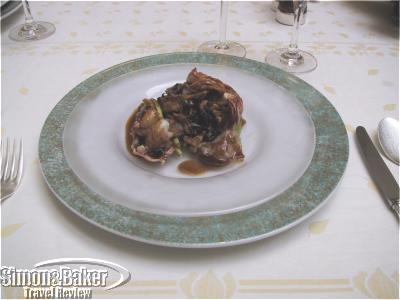 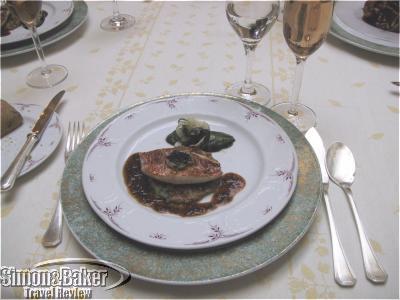 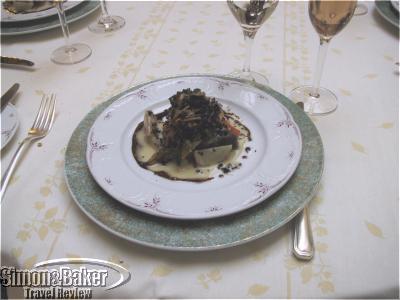 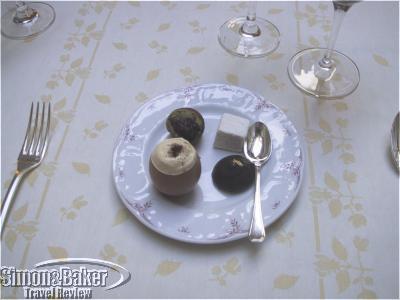 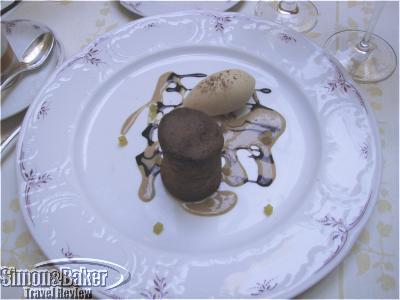 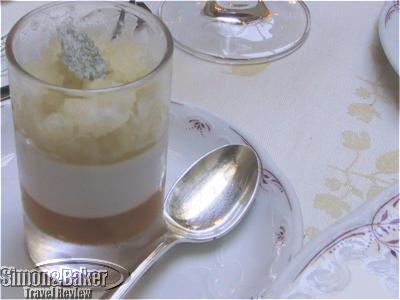 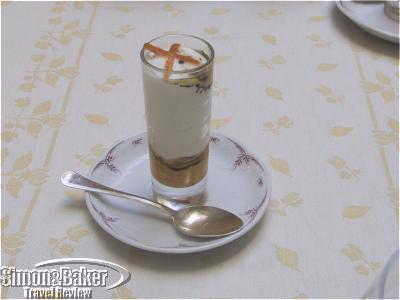 
About The Chef Prior to joining Les Elysee du Vernet in December of 2002, Eric Briffard headed La Régence, the gourmet restaurant at the Plaza Athenee Hotel. Earlier in his career he was executive chef of the Royal Park Hotel in Tokyo. He was also executive chef at Jamin restaurant in Paris. His mentors were Joel Robuchon, Marc Meneau and Philippe Groult. In 1994, he received the presidential medal for Meilleur Ouvrier (Best Craftsman of France).

Handicapped Access No. There were several steps leading down into the dining room.

Location In the lobby of the Hotel du Vernet, two blocks off the Champs Elysées

Size The restaurant occupied 130 square meters of space and could seat up to 50 guests, 70 for private functions. There were 17 staff members.

Style Of DÉCor The décor was classic with a stunning stained glass ceiling in the main dining room and an adjacent enclosed terrace. The main dining room vaulted ceiling was decorated by Charles Champigneulle and its metal frame was designed by Gustave Eiffel of Eiffel Tower fame.
Special Menus-Pricing The Lunch Menu was an excellent value at 59 euros for three set courses. There were two additional menus:  A four course Dinner Menu for 94 euros and a seven course Tasting Menu for 130 euros.

Wine And Spirits Details There was a broad selection of wine and spirits including 900 types of wine and 12,000 bottles in the cellar. There was regular and rosé champagne by the glass. Noteworthy items included Château Margaux 1928, Romanée Conti 1982, Château Petrus 1982 and Armagnac 1902 Domaine Ognoas.

Food Once again our meal was adventurous, fun and surprisingly delicious. We started with yummy amouse bouche to go with our rosé champagne (Billecart Salmon). There was a selection of breads including olive, cereal, and crunchy baby baguettes. Our first course from the set Lunch Menu was scallops, Les Noix de Sanint-Jacques dorées au parmesan, crème de laitue a la muscade , and lightly flavored and beautifully prepared langoustines (a substitution they were kind enough to offer). Next we enjoyed savory duckling, Poitrine de Canette Challandaise aux 5 épices, navets/dates/citron confit .

Other Les Elysees du Vernet received a second star from the famed Michelin guidebook in 2007 and received 3 toques (chef’s hat) from the Gaultmillau Guide. The fixed priced menu was a fixed selection menu with only one option per course. When I asked for another option for one of the courses the staff graciously, offered me an alternative dish.

Service Servers were well organized and effective without being intrusive. From the aperitif to the dessert, servers were there sometimes even before we looked for them. Their recommendations were helpful and discreet and they kindly answered questions in English.

Would You Dine There Again?Yes