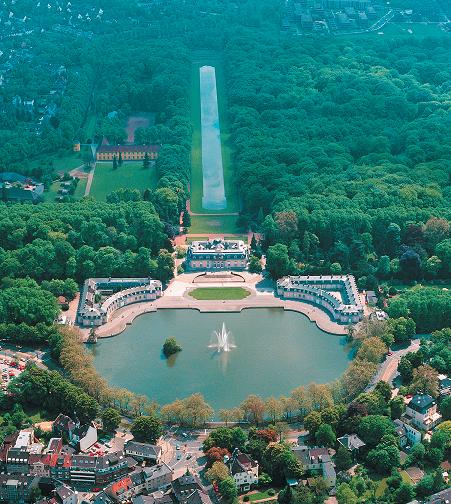 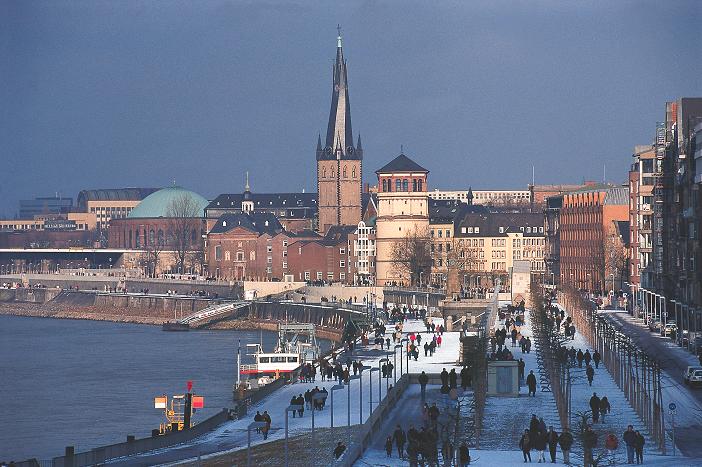 Düsseldorf, the city with the largest Japanese community in Europe, was also home to Germany’s oldest public park.


Overall Impression Eighteen museums, 100 important art galleries, the German Opera House and a reputation as a center for German high fashion place this city of just over half a million inhabitants on plenty of travelers’ lists. We liked the genteel and efficient attitude, elegant and cosmopolitan feel, historic old town, and blending of classic and modern architecture of this daughter of the Rhine River.

Known to us before our visit more as a business destination than a tourist one, we found Düsseldorf had indeed many business attractions. Known as a center of trade and the service industry it housed the largest inland port in the world including the famous Gehry buildings and the Media Harbour . One of Germany ’s most modern railways and one of its top three commercial airports were conveniently located there. Düsseldorf, the city with the largest Japanese community in Europe, was also home to Germany’s oldest public park.

Cost Of Visiting : Moderate to expensive, especially for luxury items

How To Get There There are many connections within Europe since Düsseldorf has one of Germany ’s busiest airports. From the U.S. , American carriers and Lufthansa offer a number of choices. Recently, Lufthansa inaugurated an excellent business class only jet service from Chicago to Düsseldorf.

Location Western Germany in the heard of the Rhineland , Europe

Food And Dining Düsseldorf offered a diverse selection of meal options. From regional favorites like mussels, pea soup or blood sausage to French influenced gourmet meals in the city center. A new culinary style blended regional foods with international flair to create the neo-German cuisine. Beer lovers may want to sample its dark local beer called Altbier. There was also an ample supply of sushi, thanks to the city’s large Japanese population.
Shopping Shopping highlights included the Königsallee (the “Kö”), a distinctive high end shopping boulevard, Schadowstraße, one of the shopping streets with the highest turnover in Germany; and the Alstadt (old town), full of hip boutiques and 260 pubs, to which it owes the distinction of being the world’s longest bar . Some of the well-known designers with a Düsseldorf address included: Armani, Gucci, Kenzo, JOOP, Prada, Jil Sander, Uta Raasch, Burberry, and Onofri, Féraud.
Date Of Last Visit April 2004 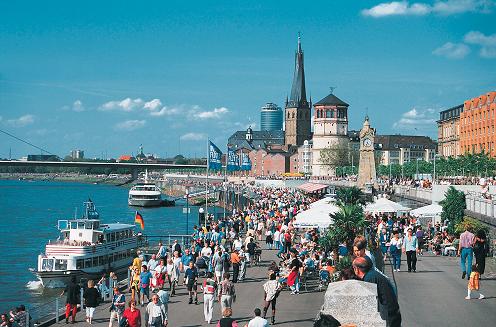