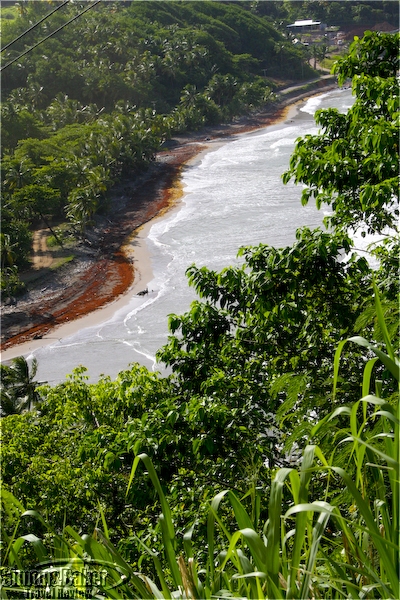 I will recommend this island to well traveled friends and colleagues who appreciate strenuous hiking, natural beauty and challenging to reach less discovered destinations.

Overall Impression This rustic off the beaten track island of 70,000 inhabitants was charming thanks to its old Caribbean character and natural unspoiled beauty (60 percent of the island was under natural vegetation). Popular with hikers and adventure seekers the serene and mountainous island filled with waterfalls and greenery, including six types of tropical forest, is home to the Kalinago people, the few remaining original indian inhabitants of the region.

What Dominica (pronounced dom-in-ee-ka) lacked in infrastructure, refinement and easy access it made up for manifold in beautiful scenery, devoid of highrise buildings, and genuine unpretentious locals. A gentle pace, little to no crime, hiking trails, seascapes, and landscapes were the most notable features. I will recommend this island to well traveled friends and colleagues who appreciate strenuous hiking, natural beauty and challenging to reach less discovered destinations.

Health And Vaccinations No vaccinations were required for entry except for visitors from countries with yellow fever. Medical care on the island was limited with one hospital and several clinics; and serious conditions made air evacuation necessary (one of my fellow travelers on the return flight was on his way to Miami, Florida for urgent surgery). According to one source, doctors and hospitals on the island required payment in cash for treatment.

Location Between Guadeloupe and Martinique in the Eastern Caribbean, one of the Windward Islands.

Measures The metric system was used.

Technology All the tourist areas of the island I visited had electricity, running water, television, some internet access, and cell phone signal.

Transportation Within the island the best way to get around was to rent a car and self drive, especially if staying outside of the main urban areas. Driving was on the left side of the road and many of the roads were in poor repair, with limited signage and impatient speed favoring drivers. It was also possible to hire someone to serve as guide and driver.

How To Get There Reaching Dominica from the United States mainland via commercial flights was a time consuming and frustrating process, especially off season. The fastest route to get there when I visited the island was on American Airlines and American Eagle out of Miami, Florida with a change of airplanes in San Juan, Puerto Rico. It was necessary to follow the reverse route on the way back. On my return home, the departing flight out of Dominica was delayed five hours and when we arrived in San Juan the airline refused to let us board our next flight although there was enough time to make the connection. Instead we had to spend the night in San Juan and connect on flights to the mainland the following morning. It was also possible to fly from Europe, the United States and other Caribbean islands to nearby islands, such as Martinique, Guadeloupe, Saint Lucia or Antigua, and connect with a regional airline. There was ferry service from Saint Lucia, Martinique and Guadeloupe.
Facilities Outside the main towns of Roseau and Portsmouth and tourist areas there were few facilities.

Shopping And Souvenirs It was possible to purchase authentic Carib handicrafts made by members of the Carib Craft Association in the Kalinago Barana Aute Carib Cultural Village. Visitors to the village could purchase basket and display souvenirs made from woven larouma reed. There were several art galleries and tourist oriented shops. The American owned Tallipot Gallery in Roseau served tasty meals and displayed local art. Guidebooks and souvenirs including t-shirts and handicrafts could be found in the Roseau market and at hotels.

Tourism Highlights Nature oriented activities such as hiking, snorkeling, and whale and dolphin watching (seven species of whale and eleven species of dolphin spent time in the waters of Dominica) were the most abundant. Hiking attractions on the island were classified from one to five in ascending order by their degree of difficulty with One being Very Easy and Five being Very Difficult. Some of the better known points of interest were Trafalgar Falls, twin waterfalls in the Roseau Valley requiring a 10-minute Degree One walk to see from a covered viewing platform; Emerald Pool, a popular choice along the most accessible trail in the Morne Trois Pitons National Park, requiring a 15-minute Degree Two walk to reach the small swimming area; Morne Diablotin, a 1.25 mile Degree Four hike averaging three hours each way; and Boiling Lake, described as a three-hour each way Degree Four destination although I heard from locals who had been there that it was longer and more difficult than commonly described.

Other well known attractions were Victoria Falls, reached by hiking with a guide through a difficult and unmarked trail and traversing a fast moving river; Titou Gorge, a narrow canyon and small waterfall where some visitors liked to swim in spite of the strong current; Freshwater Lake; and Indian River, a picturesque river accessed by a short guided rowboat ride and made famous in one of the Pirates of the Caribbean movies.

For hikers the most notable of the island’s natural attractions was the Waitukubuli National Trail which cut across part of the country’s 289 square miles and had 14 distinct hiking trails with varying degrees of difficulty spread over 115 miles. The Trail crossed a UNESCO World Heritage Site (Morne Trois Pitons National Park), national parks, forest reserves, private property, historic sites, and former Carib paths. The mostly forest Trail was under development by the Dominica government with the assistance of Martinique and the European Union. It began at Scotts Head/Soufriere in the southwest and reached north to Cabrits on the opposite tip of the island. The average length of time to hike the entire Trail, for those inclined to do so, was more than two weeks.

Even the easiest of the trails, Segment One from Scotts Head to Soufriere, required almost four hours to traverse by fit hikers. Conditions of the steep and difficult segment were at times very poor and the trail itself difficult to identify. Some visitors, my guide explained, liked the mostly natural path which had no supporting guardrails, facilities, access to water or first aid, or cell phone signal and very limited signage. These conditions made the services of a local guide essential for all but the most adventurous and physically fit of hikers.

The Kalinago Barana Aute Carib Cultural Village by the Sea (kalinagobaranaaute.com), home to the 3,500 surviving descendants of the indigenous inhabitants of the region, was a unique attraction within the island’s Carib Territory. I especially enjoyed the Kalinago bread sold roadside in the mornings in the Carib Territory. While there were other attractions on my wish list the summer weather did not always cooperate and more than once we were rained out of our plans. With a few exceptions most of the places I stopped at during my low season visit had few visitors and seldom any lines. The island’s official website, DiscoverDominica.com, had some helpful information.

Other Few luxury options were available. The hotels I stayed at offered comfortable though not luxurious accommodations. Green practices and concern for the environment were evident in some places. One of hotels where I stayed applied responsible tourism practices.
Date Of Latest Visit July 2011 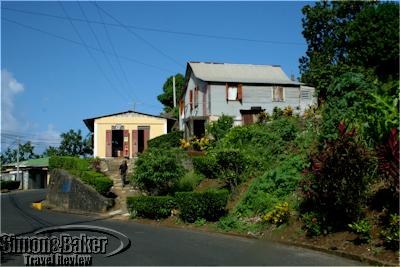 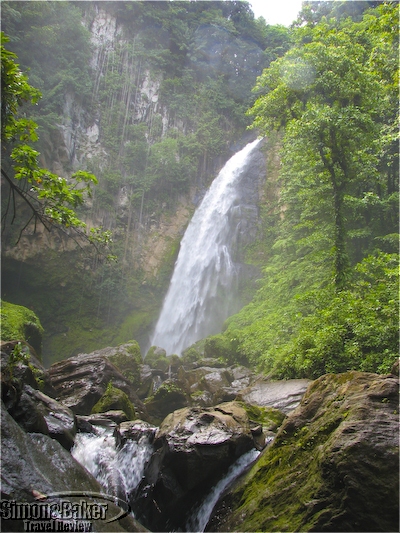 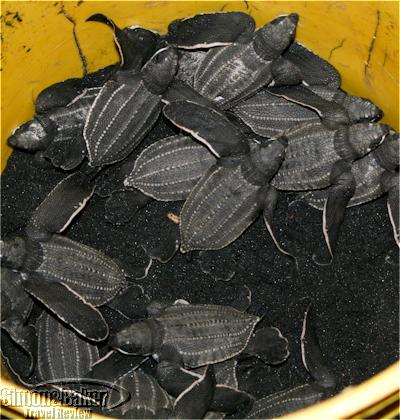 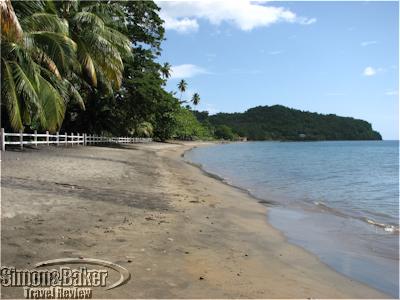 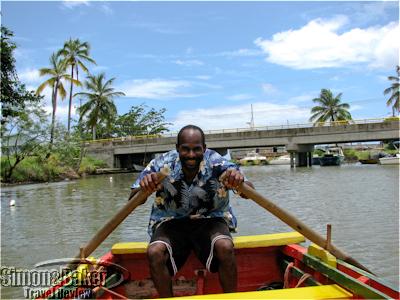 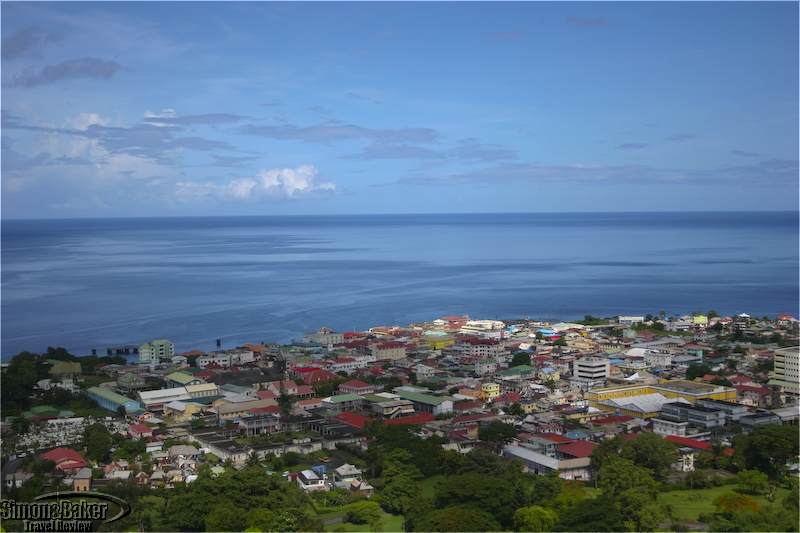