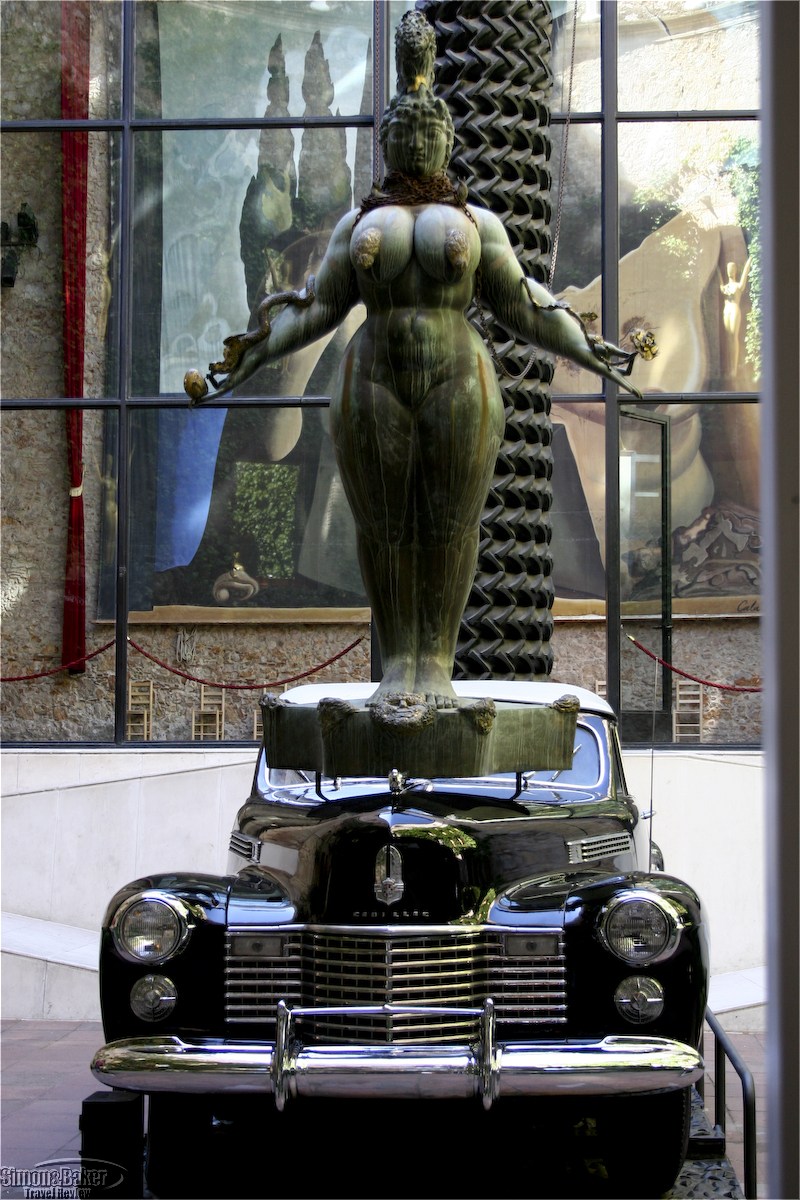 Should I be in the area again, I would be pleased to return.


Overall Impression We drove to Figueras from Barcelona with the express purpose of visiting the famous museum, home of the largest Dali collection in the world. It was time well spent. After parking on a nearby street we walked a couple of blocks bypassing the main entrance straight to the Jewels Gallery which had a dedicated ingress.

Once my eyes adjusted to the muted lighting of the dark exhibit area I realized I was in a rectangular room lined with display cases on both sides. Each case housed remarkable jewelry, made with precious and semi precious stones; some of the items even had a moving mechanism. Some where so large or so elaborate it became apparent the artist intended them to be for display on non human surfaces such as the display cases where they were housed. The artist’s out-of-the-box thinking for jewelry in this case was that as a form of art it could be admired without ever being worn.

The rest of the museum was more of what I had anticipated. There were paintings, sculptures, found objects and even a car on display. The exhibit space, built and designed by the artist as a home for his art and that of his private collection (including works by Marcel Duchamp, Paco Rabanne, Christian Dior, Modest Urgell, El Greco), was spacious, with high ceilings and skylights and visitor friendly. The building itself is considered by some as the largest surrealist object in the world.

Sunlight drifted through the ceiling filling many of the rooms with light and shadow, creating a natural display area in places. While there were people in every room we visited there was always enough space to admire the art. Time raced while we explored at our leisure. In the end, we had to hurry when the staff announced closing time was upon us, stopping on our way out to take a last look at a couple of salient exhibits. Should I be in the area again, I would be pleased to return.

Children Yes, the organization offered a variety of programs for children of varying ages.

Established In 1974, Salvador Dalí established the Dalí Theatre-Museum over the ruins of an old theatre from 1850. In 1983, he created the foundation.

Handicapped Access The first, second an third floors were only accessible by stairs. The Jewels Gallery entrance was on the ground floor and had an elevator. The entrance to the Jewels Gallery, through a revolving door, was so unexpectedly dark that for a moment I was disoriented. One of our group members requested a less intimidating entrance and was rewarded with access via another door with regular lighting.

Location In the Plaça Gala Dalí in the center of the city, 140 kilometers from Barcelona.

Owned-Managed The museum was owned by a non-profit private cultural foundation under the direction of a board of trustees with twenty-one members, nine of them representing public administrations. Antoni Pitxot was the director of the Dalí Theatre-Museum.

Transportation From Barcelona it was possible to drive, take a train or bus to reach Figueres. For those wishing to fly to the museum the nearest airports were in Girona, 50 kilometers away, and Perpignan, 40 kilometers north.

Size There were 4,000 items in the Foundation collection. The Dalí Theatre-Museum in Figueres exhibited 1,500 of them including oil paintings from the artist’s early years until the last year Dalí painted, 1983, as well as drawings, graphic work, sculptures and installations. The Jewels Gallery in Figueres was home to 39 jewels and 24 designs. The second largest collection of his art is at the Salvador Dalí Museum in Saint Petersburg, Florida.
Souvenir Shop There were guides, books and Dalí merchandise and his works, licensed by the Foundation on t-shirts, magnets, cups, and posters.
Tours With advance notice tours were available in Catalan, Spanish, French, English, Russian, German and Italian.
Month And Date Of Visit May 2011 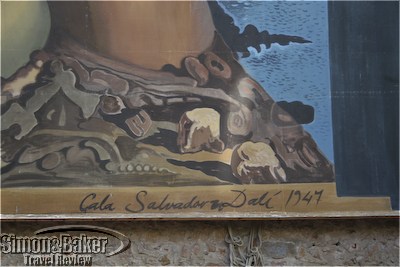 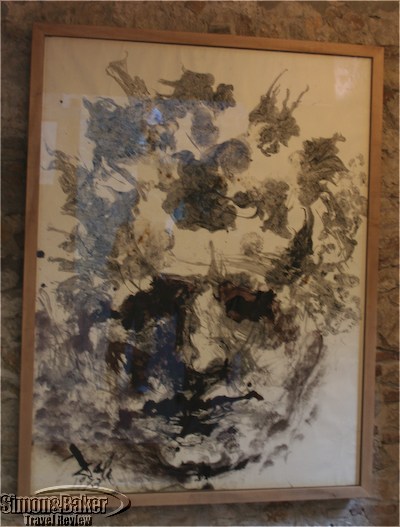 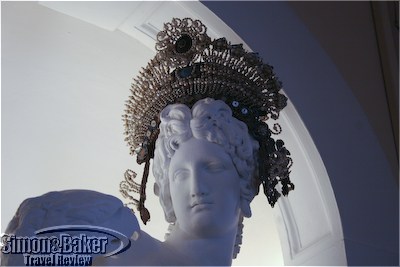 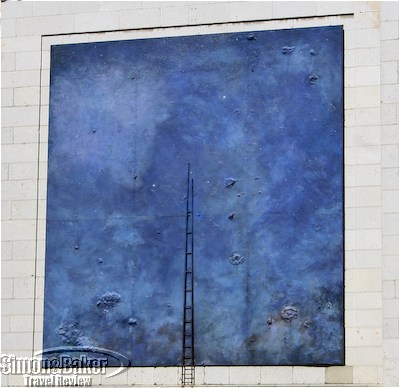 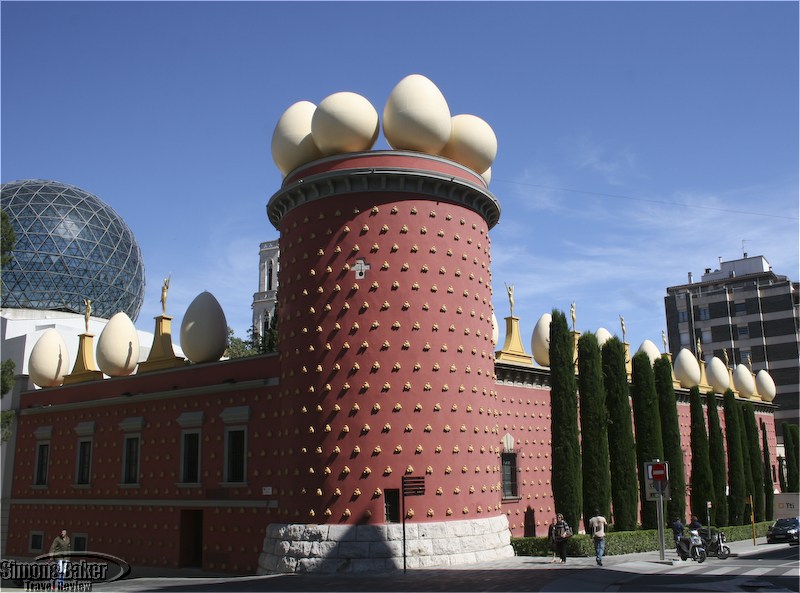 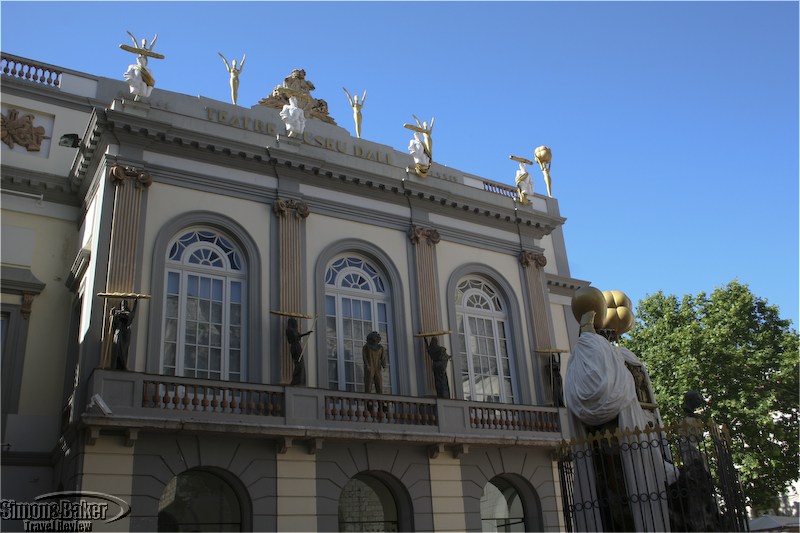