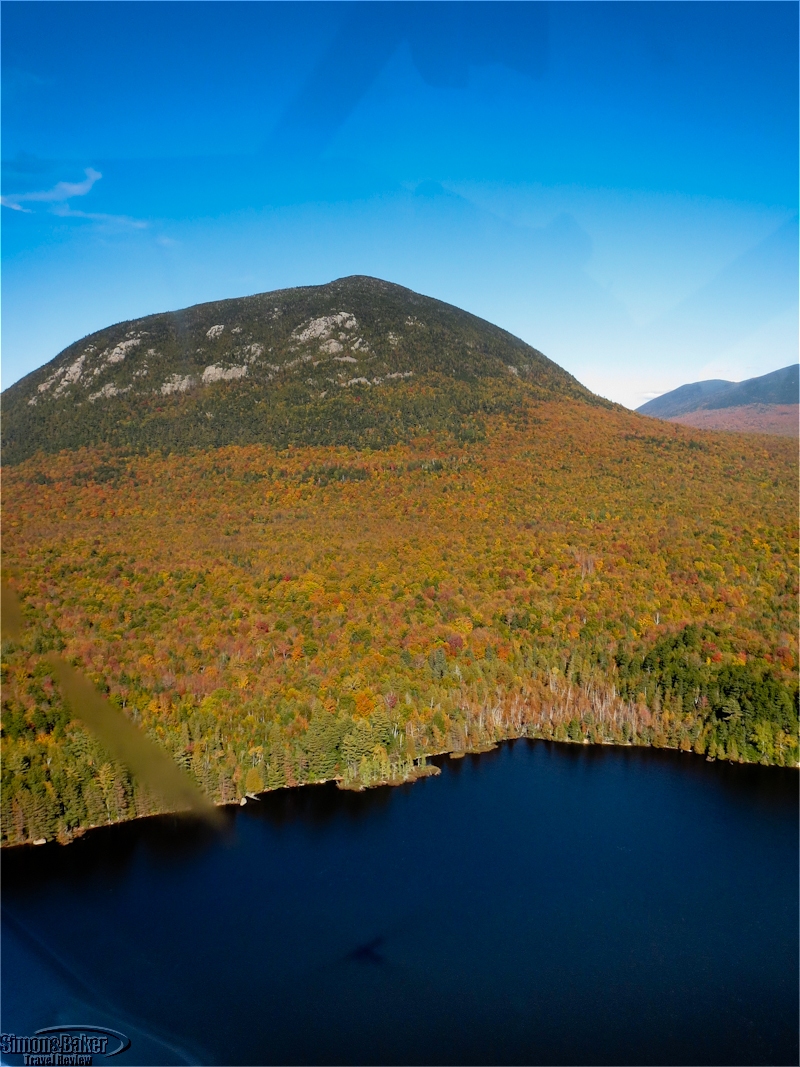 As we said our good byes I almost wanted to climb back aboard for a second flight.


Overall Impression Flying over Moosehead Lake and Lobster Lake in the Maine Highlands in a rare seven-seat 1954 de Havilland Beaver seaplane in early autumn was a memorable experience. The transition from the calm lake water to the sky on the hydroplane as we departed was seamless. One moment we were gliding away from the dock and the next we were airborne. It was equally difficult to distinguish the moment we left the air in exchange for the water in our smooth afternoon landing.

Blue skies peppered with puffy white clouds welcomed us as we rose. Gentle breezes rocked us as we flew north aboard the seaplane we shared with one other couple during the one hour flight. The panoramic views more than made up for the slightly warm interior of the plane and the less than comfortable seats.

In every direction we saw the striking colorful scenery of the lakes with mountain profiles sometimes gracing the horizon. There were lake villages and a few waterside homes in idyllic settings. At times the reflection of the blazing sun on the lake’s calm waters sprang back to make us squint as we rounded west and then south about half way up Moosehead Lake. Too soon we returned. As we said our good byes I almost wanted to climb back aboard for a second flight.

Average Duration Of Tour Our flight lasted an hour

Children It was possible for children of all ages to enjoy scenic flights.

Description Booking was easy. After visiting the company website and reading the flyer I called. Sue described the options in greater detail, let me know which flights had availability and explained that if we had a minimum of two passengers she had some time availability remaining. We picked a time and flight type and made our way there following Sue’s directions. Once there, we found her in an office and souvenir shop where we paid.

In addition to Greenville on departure and return and the two lakes the flight included views of Squaw Mountain, Mount Kineo, and the Spencer Mountains.

Handicapped Access They have taken blind and deaf passengers on flights.

Transportation We drove our rental car to the waterfront property and from there walked to the dock where the small seaplane was tethered.

About The Pilot After graduating from the University of New Hampshire in 1966 Roger Currier, now the director of operations and maintenance at Currier’s Flying Service, Inc., worked as an aircraft mechanic and supervisor in the U.S. Air Force for four years. After he received his pilot’s license in the mid 1970s he and his family moved to Moosehead Lake. That same year Currier’s Flying Service was founded. In addition to being the pilot Roger Currier handled the maintenance. He held an FAA Air Taxi Certificate, instrument rating, an air frame and power plant license and had 30,000 hours flying seaplanes. The company had an accident free record, he explained.
Souvenir Shop The shop sold branded clothing, framed aerial and wildlife photos taken by the pilot, postcards and handmade quilts made by Sue, one of the owners. She was inspired by some of her husband’s photos for her quilt hangings.
Tours Our flight included occasional comments by the pilot which were hard to hear with the loud roar of the engine, especially for the passenger in the rear most seat.
Month And Date Of Visit October 2013 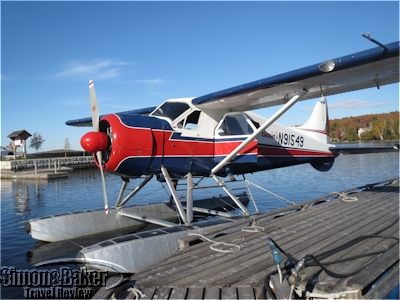 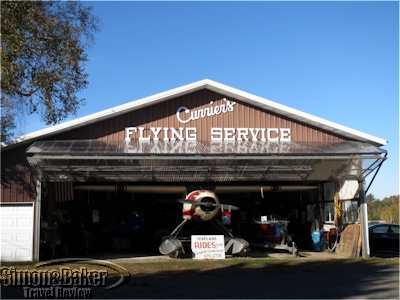 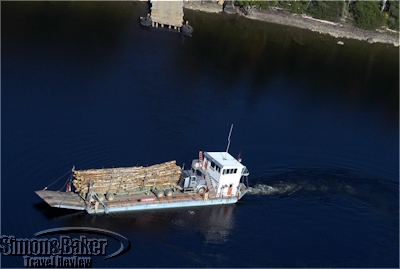 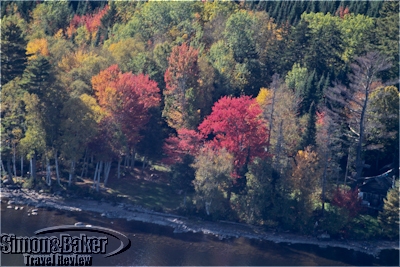 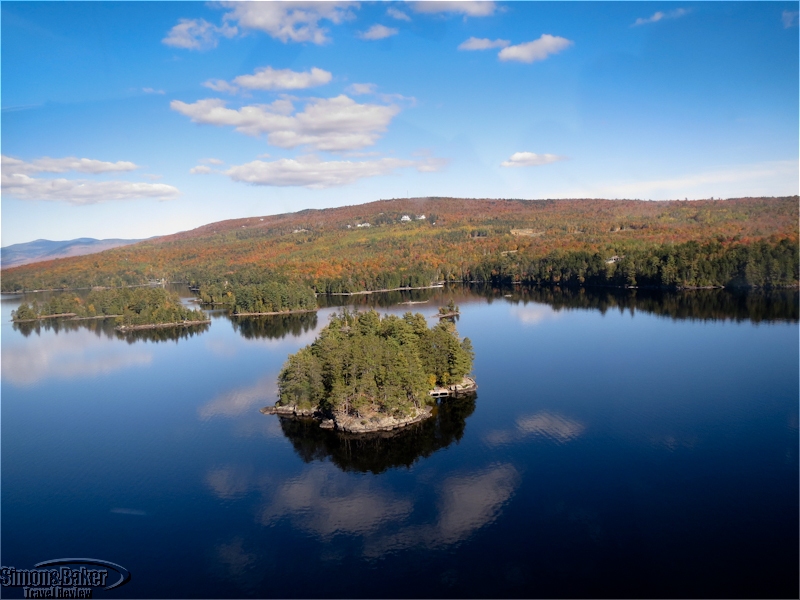