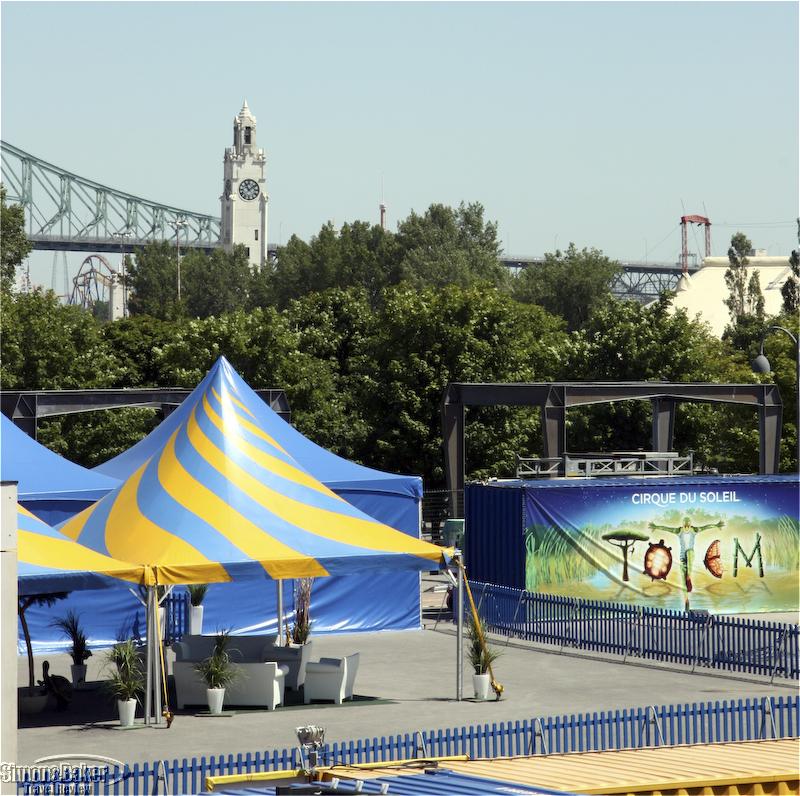 
Overall Impression  We know that summer has arrived when, in the Old Port, the brilliant yellow and blue tents of the Cirque du Soleil are raised and the bright flags flutter in the wind. On average, every two years Cirque presents a new show to the public. Montreal, Canada is the circus capital of the world. The city promotes circus schools and training centers for children and adults from all over. And so it is with great anticipation that we wait for each new creation by the Cirque du Soleil.

The Cirque du Soleil has re-invented the circus and made it an all-encompassing experience. The music, the comic acts, the acrobatics are more than we can imagine. Great artists from around the world come to Montreal, to perfect their acts at the Cirque facilities (La TOHU*). Totem is the newest show and is reputedly one of their most expensive with a budget of over $30 million Canadian. The staging, the costumes, the make-up and the lighting were beyond fantastic. We gasped with delight and surprise despite being veteran Cirque followers!

Totem was created in collaboration with Robert Lepage, an internationally renown theatre director, actor and writer from Quebec, Canada. Mr. Lepage is known for his innovative staging and his amazing creativity. We have also been following his career. In fact I had the pleasure of seeing one of his earlier co-productions in 1988 of a bilingual Romeo and Juliette performed outdoors using train tracks and a railway platform. As of this writing his latest play, Blue Dragon, is touring internationally and is a must see. This is his second collaboration with Cirque, the first one was K&acirc;, a permanent Cirque du Soleil show in Las Vegas.

As with all Cirque shows Totem has a central theme, the evolution of man. Through the use of innovative projection we perceived the stage as the ocean floor crawling with some of the earliest life forms found in the water. The characters progressed from these simplest life forms to modern man in a modern world. All of this was shown through phenomenal circus performers and comedians. The segment representing the Native American cultures was performed by aboriginal dancers.

The hoop dancer Nakotah LaRance was discovered from a video of him that his father had posted on YouTube. Christian Laveau, a Huron-Wendat singer, actor and drummer, was also part of the show. Several acts were costumed to represent animals like the trapeze duo that represented love birds. Several humoristic themes were intertwined with the acrobatics; an example was when a clown dressed like Einstein juggled balls of light. And the beach scene, absolutely hysterical!

The music was original and totally engaging. The stage was set with what appeared to be an enormous turtle carapace that morphed into acrobatic equipment. This shell re-appeared as a constant throughout the show sometimes on the ground, sometimes raised to the ceiling; from it which acrobats swung in breathtaking performances, and sometimes on a raised angle that created a cocoon-like back drop into which, and from which, performers appeared and disappeared. The concept was stunning and most effective.

As per usual, the costumes and make-up were visually breathtaking. The colors and textures were vibrant. I thought I had seen it all with their last show, and now we can only wonder: How do they think this up? What an amazing and creative team!

We are great fans of the Cirque du Soleil and count ourselves as groupies. Based in Montreal, we have seen all their touring shows as, generally, all these shows are first performed for Montreal audiences. In the Cirque&rsquo;s 25 year history, we have not missed one touring show and we are planning on visiting the permanent shows whenever we can. 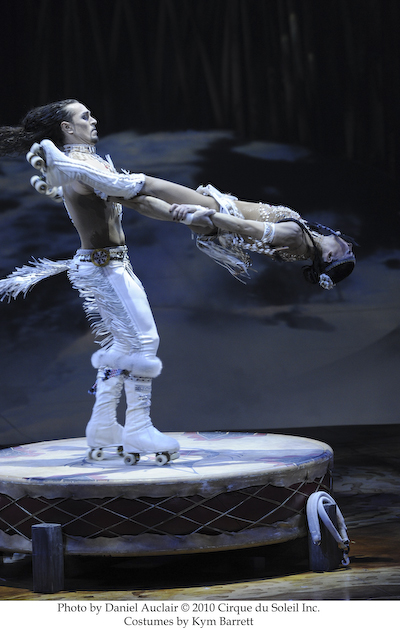 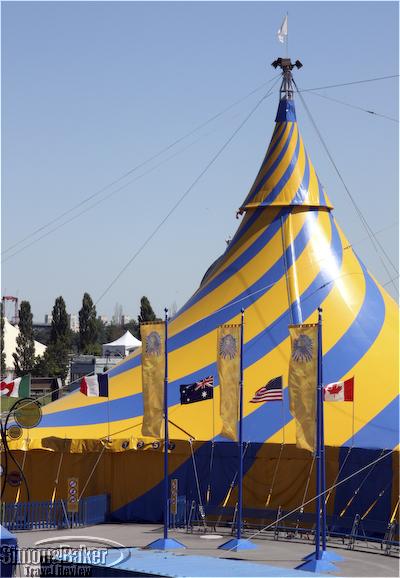