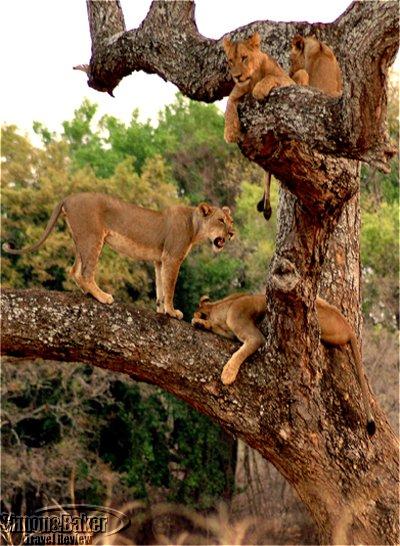 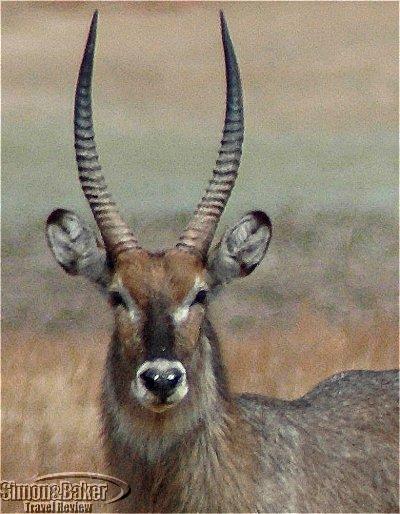 We observed them for over a half hour as they gingerly started to stir and contemplate the need to come down from their perch!


Overall Impression Tucked in the shade of ancient ebony trees at the apex of a permanent oxbow lagoon, Chindeni was a verdant oasis in the parched immensity of the South Luangwa National Park when I visited in the final weeks of the dry season. Everything about the camp exuded welcoming abundance, from the warm reception of the staff to the comfort of the tented accommodations and the profusion of game around the lagoon. Superb vistas of the Nchendeni Hills filled the horizon. The inviting common areas consisted of spacious, thatch-roofed platforms, raised high above the lagoon, and cleverly designed around the trunk of a giant ebony tree that contributed both a sculptural quality and cooling shade to the structure. It included a long viewing deck that was a perfect place to enjoy an early morning breakfast while contemplating the spectacular sunrise over the hills.

Game viewing at and around Chindeni was exceptional, even within a park reputed for the density of its wildlife. This was in part attributable to the resident guide, James Chabbuka. A Tonga tribesman born on the banks of Lake Karriba, James was a quiet, unassuming man with an intuitive knowledge of the bush. He delighted in uncovering for his guests the most astounding sights that the park had to offer. On my first night’s game drive near Chindeni, I was treated to the sight of a rare Pel’s fishing owl diving for its supper, then soaring to a nearby tree-top, a sizeable pray firmly clutched in its implacable talons. Shortly after that, we came upon a young female leopard stealthily on her way to her nightly errands.

Then James pointed up to the tree-tops, where two hundred feet above us, a bushbaby, one of the tiniest of primates, barely the size of a squirrel, was traveling through the branches in acrobatic leaps and bounds. But the most thrilling moment of my Chindeni experience was a sight so unusual that it startled even the otherwise unflappable James: in the heavy late afternoon heat, we came across an entire pride of lions sprawled high in the branches of a huge winter thorn tree, obviously in search of a cooling breeze. We observed them for over a half hour as they gingerly started to stir and contemplate the need to come down from their perch!

Location Chindeni was located in the South Luangwa National Park, a three-hour drive from the Mfuwe entrance to the park, on the bank of a permanent oxbow lake.

Size Chindeni occupied approximately five acres within the 3,500 square mile, South Luangwa National Park. It could accommodate up to eight guests in its four guest tents, and employed a staff of eleven.

Transportation Mfuwe could be reached by air from Lusaka and Livingstone. Road transfers to and from the airport were arranged by the Bushcamp company, who owned and operated the camp.

Year Open-Renovated Originally opened in 1998, Chindeni is closed and dismantled each November at the start of the green season. It is rebuilt prior to re-opening in May at the start of the dry season. Building materials and furniture are replaced or refurbished as needed at that time to ensure that the camp remains in perfect condition.

Common Areas The common areas were located in a multi-leveled, thatch-roofed structure built on stilts high above the edge of the water. It included a circular dining space centered on a large round dining room table that could comfortably accommodate eight to ten people. A small bar was tucked to the side. Slightly sloping wooden walkways on either side led to the seating area a few feet to the right and to a long viewing deck to the left. Both offered a panoramic view of the lagoon and the active game population it attracted.
Bathroom The private bathroom occupied the rear quarter of the tent. There was a mirrored vanity with double sinks, a flushing lavatory and a roomy shower stall with hot and cold running water. There were ceramic pump bottles of biodegradable hair and body care products by the sinks and in the shower area, four large dark green bath towels on a wrought iron stand and a laundry hamper.

Room My tent (Number One) was a comfortable 260 square foot walk-in tent built on a hardwood platform, with a front balcony overhanging the bank of the lagoon. Three large screened openings on either side of the tent supplemented the floor-to-ceiling screened opening to the balcony to provide a cooling cross ventilation. A beautifully crafted mahogany partition with built-in storage including an open wardrobe on one side and a dressing table on the other side separated the sleeping area from the private bathroom at the rear of the tent. Other furniture included two queen-size beds canopied with mosquito netting, separated by a bedside table and a large storage chest. The balcony featured a writing desk, two sturdy white director’s chairs, and a rocking chair. A small on-site gas generator produced sufficient electricity to operate an electric outlet that could be used to recharge camera batteries as well the electric lanterns that provided lighting inside the tent at night.

Food Meals were timed to accommodate the scheduled game hikes and drives. The food was excellent and varied, with portions generous enough to satisfy the most robust appetite. Early morning breakfast was served on the observation deck prior to the morning hike. It included hearty home-made breads, toasted on-demand over a coal brazier, muffins, several types of jams, juice, coffee and tea. The two main meals were served at the large common table in the dining area: the midday brunch was buffet-style, offering a variety of salads, quiches, and meat dishes. Dinner was around 8:30 pm, served upon return from the nighttime game drive. It was plated and formally served. In addition to the three main meals, mid-morning tea and home made cookies were a welcome break during the morning hike. The sundowner break was a traditional feature of the late afternoon excursions, with a choice of soft drinks, alcoholic beverages and light hors d’oeuvres.
Amenities Chindeni amenities and services included daily laundry. A thermos of hot water and a complete tea and instant coffee service were always available in the room. There were complimentary bottles of water, smoke coils and spay cans of insect repellent in the room. Freshly brewed coffee and tea, soft drinks, local beers and wines and other alcoholic beverages were available in the common areas.
Game Viewing During my stay at Chindeni, I saw: elephant, buffalo, leopard, hippo, Thornicroft’s giraffe, Crawshay’s zebra, warthog, spotted hyena, yellow baboon, vervet monkey, bushbaby, impala, puku, great kudu, waterbuck, civet, genet, banded mongoose, bushy-tailed mongoose, slender mongoose, Nile crocodile and that amazing pride of tree-climbing lions! Bird sightings included: yellow-billed stork, saddle-billed stork, grey heron, crested crane, red-billed ox pecker, Cape turtledove, red-billed buffalo weaver, Egyptian goose, fish eagle, tawny eagle, Pelt’s fishing owl, African hoopoe and black-headed oriole.
Activities Chindeni offered early morning and sunset walks, as well as evening drives in an open-top all-wheel drive vehicle, using a powerful spotlight to view nocturnal animals. Morning and sunset drives could be substituted for the walks by consensus among the guests. In addition to our guide James, all excursion were accompanied by one armed ranger and one assistant carrying a large backpack (if on foot) with bottled water, beverages and snacks.
Other Due to the proximity to wild game, children had to be at least 12 years old to visit the camp.
Cleanliness Excellent

Service Excellent. The staff never failed to be on hand with a warm smile, chilled towels and glasses of cool fruit juice to greet the arrival of the Land Rover, whether it brought arriving guests or returned from an excursion. The room was serviced twice a day. Any laundry left in the basket in the morning was returned freshly laundered and ironed in the evening. 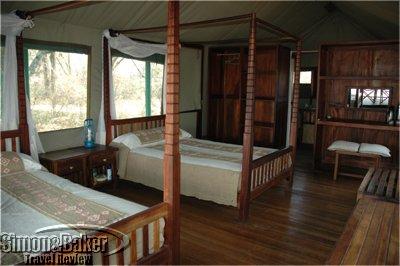 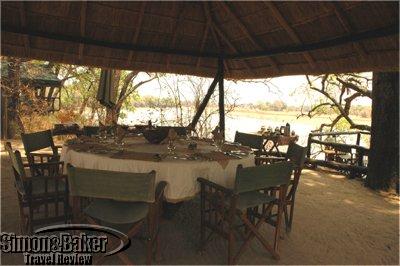 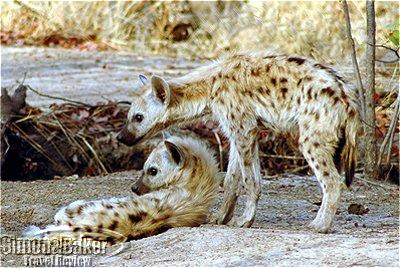 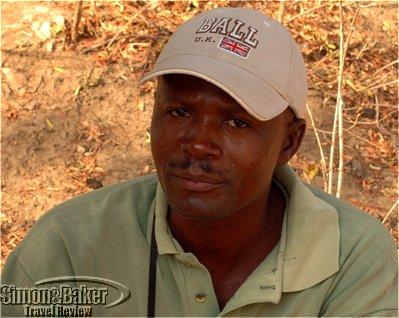 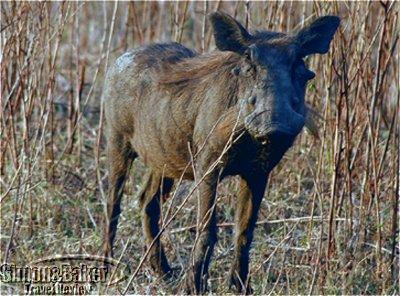