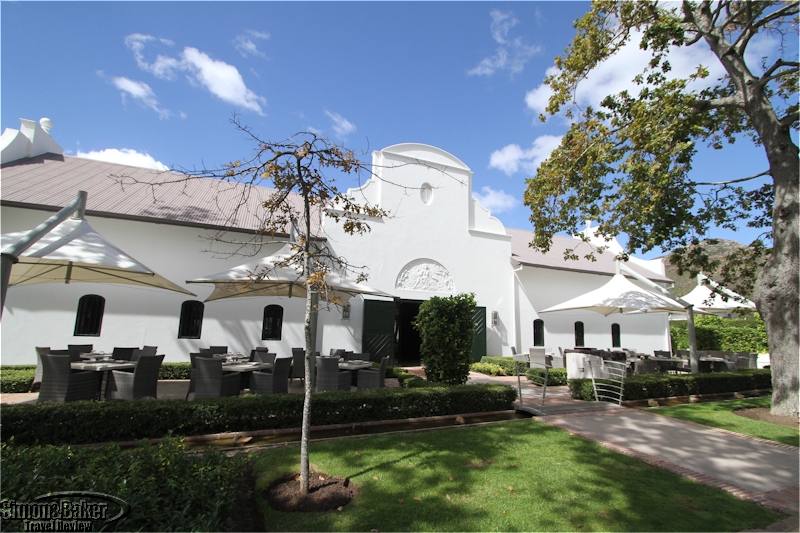 The dishes we sampled were satisfying and well presented.


Overall Impression Named after the founder and first owner of the farm where the Steenberg Hotel was built, Catharina’s Restaurant provided a dining venue for hotel guests and local residents. During our four night stay at the hotel we enjoyed several meals there including breakfast daily as well as lunch and dinner.

We particularly appreciated the addition of Gorgeous by Graham, said to be South Africa’s first bubbly bar, immediately adjacent to Catharina’s. It provided an intimate setting to enjoy pre-dinner Graham Beck Method Cap Classique sparkling wines. Catharina’s was a convenient option for fine dining in the Constantia area, especially for us as hotel guests.

We liked the airy, spacious and light filled ambiance of the renovated vineyard side dining room with indoor and terrace seating in the front and rear of the restaurant. Service was attentive and efficient, especially at lunch and dinner when the menu was a la carte and plated. The dishes we sampled were satisfying and well presented.

About The Executive Chef A native of Cape Town Garth Almazan trained at the Mount Nelson hotel in Cape Town. He went on to showcase South African cuisine in Switzerland, the Netherlands and Ireland at food festivals and competitions. When it comes to food and cooking he believes it is best to use the freshest available produce and to keep everything simple.Executive Chef And Chef De Cuisine Garth Almazan

Junior Sous Chef Jody O’Connor cooked the night we dined at the restaurant. Gustav Muller was in charge of the kitchen when the executive chef was absent as was the case during our visit.

Location Catharina’s is in the Western Cape, 20 kilometers from the Cape Town city center and Waterfront shopping area.

Opened-Renovated The restaurant opened in 1996. In 2009, a complete renovation and redesign was completed.

Restaurant Manager Llewellyn Joorst, manager, Food and Beverage of the Steenberg Hotel was in charge of the restaurant.

Size Forty staff were employed at the 120 square meter restaurant that was able to accommodate up to 70 guests.

Sommelier After serving as resident sommelier at the hotel Higgo Jacobs became a consultant for the property. While studying law at Stellenbosch University, the oenophile spent nine years on either side of the cellar door: first making wine, then marketing and exporting it. After relocating to the United Kingdom he first worked with Anthony Byrne Fine Wines. Later he managed the London Notting Hill branch for Jeroboams, a wine merchant. He was certified with the Court of Master Sommeliers, and also holds a Wine and Spirit Education Trust (WSET) Advanced Certificate with distinction. He served as senior judge at the International Wine Challenge (IWC) and was also general secretary and founding member for the South African Sommelier Association (SASA) and tasting director for the newly founded Top 100 SA Wines Challenge.

DÉCor-Ambiance At dinner, the dining room was bustling with the conversations of guests and staff activity, and sold out. The dining room had a high ceiling and simple contemporary furnishings. There were three small red roses and tea candles on our table.

The décor was designed to reflect “a global interior with a twist of African injection, using tactile and homely fabrics covering locally custom made timber furniture.” Using local talent and raw materials the designers set out to create an exciting and inviting venue. The interior design was the work of The Painted Door represented by Alison Reynolds and architect Wynand Wilsenach.

Artwork included the sculpture Man and Bull by Sidney Kumalo, two hung drawings by Dumile Feni (who emigrated to London in 1968) to complement panels by Cecil Skotnes. Three major works by Berni Searle were displayed in the Conservatory, part a series called About to Forget from 2005. There were archival pigment prints on cotton rag paper, titled By the River, Under the Tree and Along the Way, that formed part of an installation at the Angel Orensanz Foundation Centre, USA presented by the Museum of African Art as part of Performa 05.

Meal Breakfast was a cold buffet with hot made to order options. There were three types of juice, house brand Cap Classic sparkling wine, hot beverages on request, four types of cold cuts, smoked salmon, a cheese board, pastries and breads, sliced fresh fruit (watermelon, cantaloupe, green melon, kiwi, grapefruit and orange), fruit in syrup such as lychee and guava, several types of yogurt and cold cereals. There were several a la carte options for breakfast including pancakes, fruit smoothie and eggs.

Lunch was served indoors and outdoors (weather permitting). It was a breezy sunny day so we opted to sit out doors under a large umbrella on the open terrace next to the restaurant entrance, a popular dining option that day.

By the time we arrived at dinner following a stop at Gorgeous the dining room was near full on a Thursday night. Shortly after we sat down the staff provided us with scented hot refresher towels and the menus. Soon after we opted for a three course set menu we were offered a choice of two breads including a tasty whole grain with seeds. Balsamic vinegar, olive oil and butter were available to accompany the bread. First to arrive was a corn soup and spring roll. Next there was a spinach in phyllo pastry. Our king clip fish was perfectly prepared. We selected the recommended wine. It was named for the HMS Rattlesnake, our server explained when I asked the origin of the name.

We appreciated that patrons were asked to refrain from using their cellular phones at dinner.

Gorgeous by Graham Beck, a bubbly bar, had opened at Catharina’s in March 2012. Catharina’s received the Diners Club Winelist Diamond Award in 2010 and 2011. It had also received the American Express Platinum Fine Dining Award from 2005 to 2011.

Catharina’s supported StreetSmart South Africa, a nonprofit, public benefit and fund raising organization benefiting street children; it was similar to the organizations in the United Kingdom, San Francisco and Australia by the same name.

Service Staff were well informed and attentive. At dinner Michael and Nicolette, among others, looked after us. They addressed us by our last names during the meal. 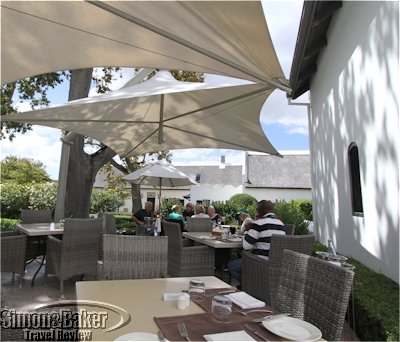 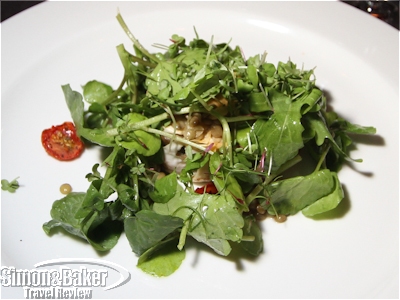 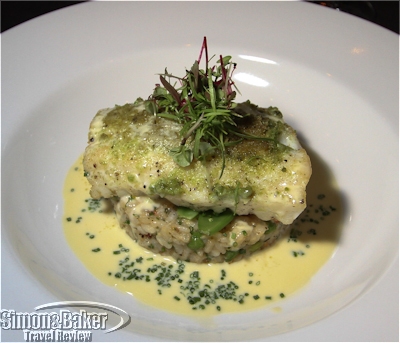 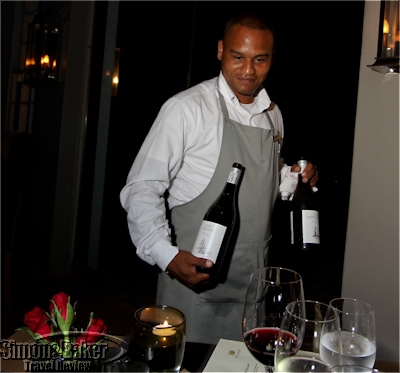 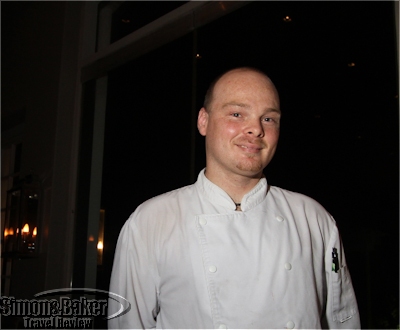 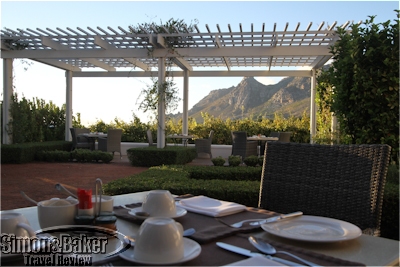 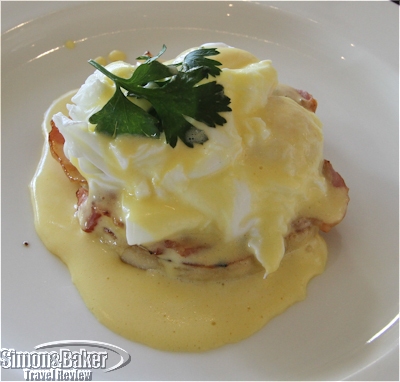 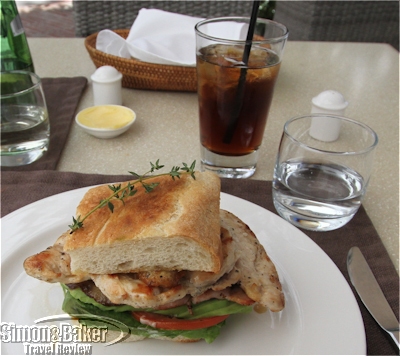