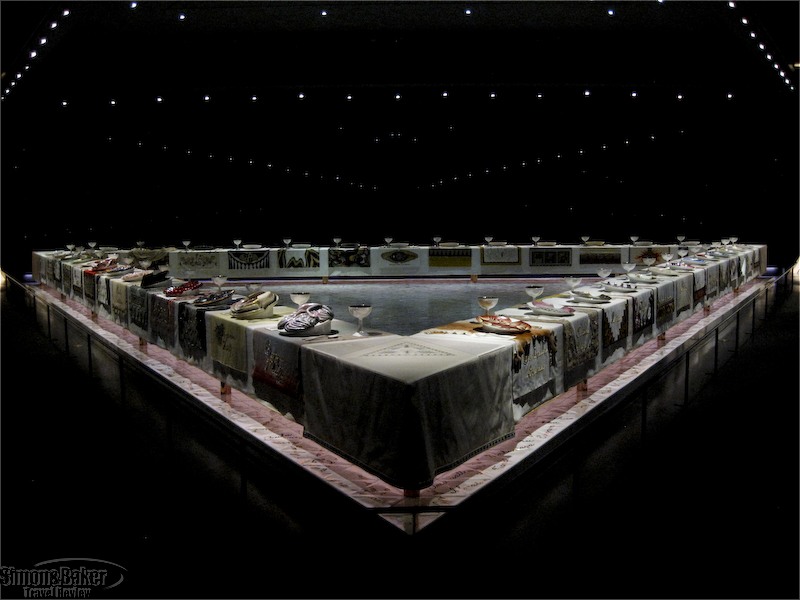 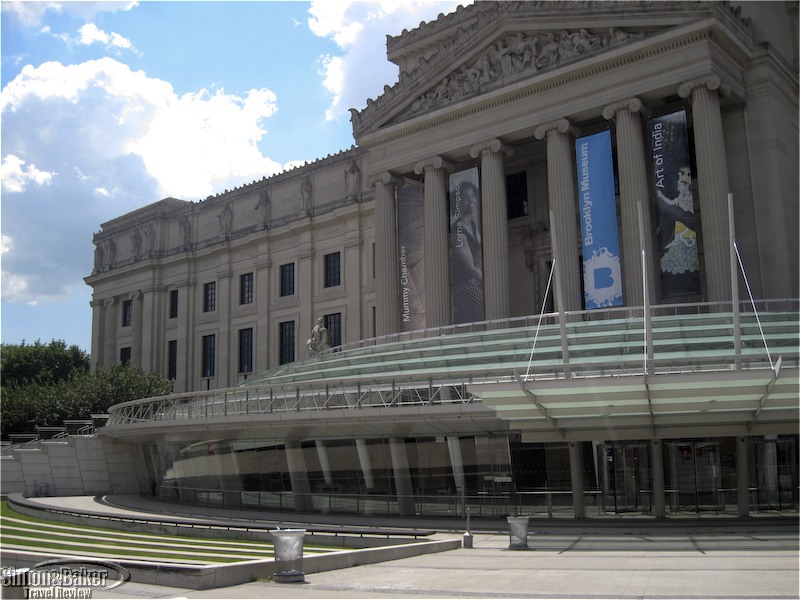 The volume of work they had surprised me; there were gorgeous pieces from all around the world, and from varied time periods.


Overall Impression Perched on the corner of two major avenues, the Brooklyn Museum is an oasis. With a playful fountain, strips of bright green grass, cherry trees and stairs filled with visitors, the building manages to be a dignified landmark and a vibrant public space. But this façade is fairly new. In 2004, Ennead Architects (formerly known as Polshek Partners Architects) built the now famous (and quite controversial) contemporary glass entry pavilion and terraced front yard. Original construction of the museum dates back to 1897. At the time it was meant to be the largest single museum structure in the world. As it is today, the building is only one-sixth the size of that original plan.

From the outside, I wasn’t crazy about the glass pavilion entryway. Once I was inside, however, I got it. The lobby is sun-drenched. There were Rodin sculptures on either side of the room, and the back wall showcased exposed-brick arches that were once part of the museum’s original staircase.

Of the entire collection, I think the Egyptian wing was my favorite part. In addition to a large and rare collection of Egyptian Art, the museum also had The Mummy Chamber where several full mummies lay encased in glass boxes. It was quite a sight! I also loved the Beaux Art Gallery. There was an interesting mix of old master and modern pieces in the Beaux-Arts Court, a majestic open area in the middle of the museum that had just been outfitted with an elegant new floor. Even if I didn’t look at the paintings, the court itself was worth a visit.

The American Art wing was also a highlight. It was home to the treasured 1796 portrait of George Washington by Gilbert Stuart and Charles Willson Peale as well as A Peaceable Kingdom by Edward Hicks. Also in this wing was the interesting Luce Visible Storage Study Center, a 5,000 square-foot facility where over two thousand objects are available for viewing and research by the general public.

I had a great time strolling through the museum. There were plenty of places to rest my feet, and a cute café for a snack. I liked the museum for the different kinds of art on display including interior design, decorative arts, ritual objects, paintings and sculptures; also there was a nice collection of contemporary works. The Brooklyn Museum has had several very interesting temporary exhibitions, and may be most visited during those times. The volume of work they had surprised me; there were gorgeous pieces from all around the world, and from varied time periods.

Audio Tours Audio tours were offered via cell phone or MP3 player for permanent collection galleries and selected special exhibitions. These recordings featured excerpts from interviews with Museum curators and staff, artists, outside experts, and members of the local community. Audio tours allowed random access so visitors could listen to as many of the one to two minute stops as they wished, in the order of their choice. Apps for iPhone and Droid were available for download.

Average Duration Of Visit About two or three hours

Children The museum was very accessible for families. In addition to the many programs and classes they had for children, exhibits usually included some kind of engagement for young people such as interactive videos and scavenger-hunt type games.

Established The museum opened its first wing in 1897, although origins date back to 1823 when its ancestor institution, the Brooklyn Apprentice’s Library Association, was founded.

Handicapped Access Museum entrances were wheelchair accessible. Complimentary wheelchairs could be borrowed at the Coat Check on the first floor. Wheelchair-accessible rest rooms were located on the first and third floors. For people with visual impairments the museum offered an Art Beyond Sight Guide. With advance notice, the Museum offered guided gallery visits to children and adults with developmental disabilities.

Location The museum is located in central Brooklyn, just 30 minutes from midtown Manhattan. It had its own subway stop (there was an exit directly in front of the museum). In walking distance were: the Brooklyn Botanic Garden, the Brooklyn Central Library, Grand Army Plaza, Prospect Park and the Prospect Park Zoo.

Number Of Employees There were 200 employees at the time of my visit.

Owned And Managed At the time of my visit the museum was a nonprofit institution. Arnold L. Lehman had served as the director since 1997.

Size Of Museum The museum is housed in a 560,000-square-foot Beaux-Arts building. There was only one five story building (elevator accessible). In the permanent collection there were one million objects, with only a fraction on display at any given time. The main focus was the permanent collections, although temporary exhibitions tended to draw a big crowd.

Transportation It was possible to take a taxi or the subway system to reach the museum. Subway lines 2 and 3 exiting at Eastern Parkway/Brooklyn Museum were convenient. It was also possible to take trains 4 or 5 trains to the Nevins stop, and transfer across the platform for trains 2 or 3.

Type Of Museum The Brooklyn Museum is one of the largest and most comprehensive art museums in the State of New York. Collections include: Egyptian, Classical and Ancient Near Eastern Art; American Art; European Art; Contemporary Art; Arts of Africa and the Pacific Islands; Arts of the Americas; Asian Art; Islamic Art; and Decorative Arts.

Description A visit to the Brooklyn Museum was an unexpectedly enlightening experience for me. Maybe it’s because it was in the shadow of New York City’s other grand museums or maybe because many of us just don’t think to travel to Brooklyn when visiting New York City. Nevertheless, the permanent collection I saw was spectacular, as is the architecture of the place. The public space outside was thoughtfully designed. I find it nice to sit on the steps and watch the city go by. Strolling through indoors there were plenty of comfortable places to sit and rest my feet, there were activities for children, and the facilities appeared clean and well designed. What really impressed me about the Brooklyn Museum was how many cultures were represented within the late 19 th century building.
Restaurant The Museum Café was open during regular museum hours. The Café served salads, sandwiches for lunch, and dinner. Dinner menus were sometimes designed to correspond to major visiting exhibitions. For the exhibition on Vishnu when I was there, the dinner menu was Indian cuisine.
Souvenir Shop The gift shop was full to the brim with books, posters, jewelry, china sets, clothing, postcards, and many other items. There were four people working there the day I visited the shop.
Tours A wide array of tours was available for visitors. There were daily public tours (complimentary with admission) with a focus on various themes, eras and movements in art; Group tours were available for ten or more adults, and sign language interpretation was available for adult groups.
Other The Brooklyn Museum was among the first museums in the United States to display African objects as art. The permanent collection also included the Elizabeth A. Sackler Center for Feminist Art, one of the only feminist art centers of its kind.

The admission price was a suggested donation, although visitors were required to collect a ticket before entering.

Would You Visit This Attraction Again ? Yes. 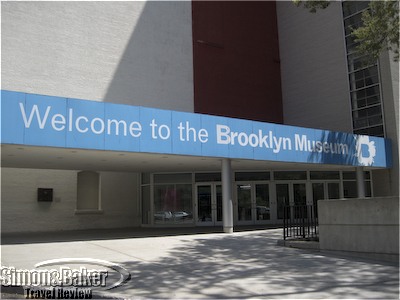 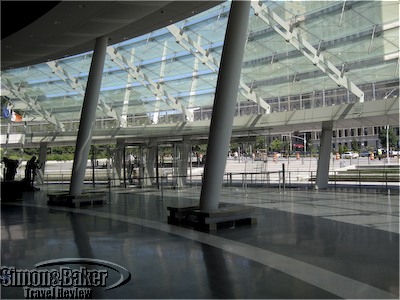 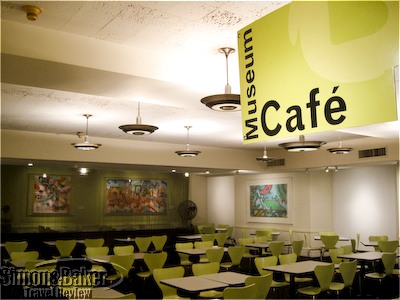 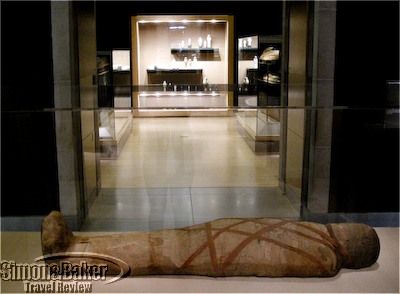 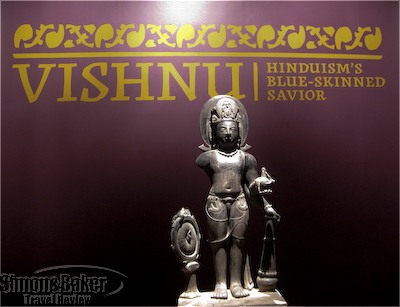 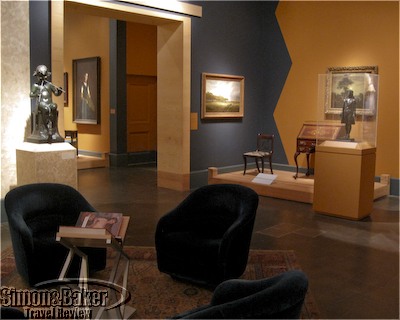 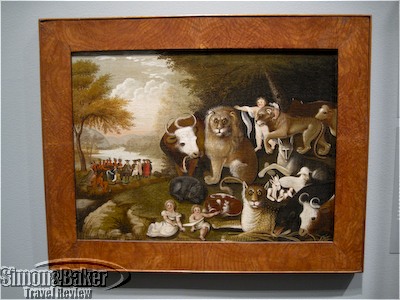 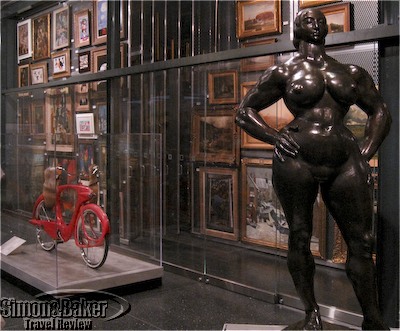